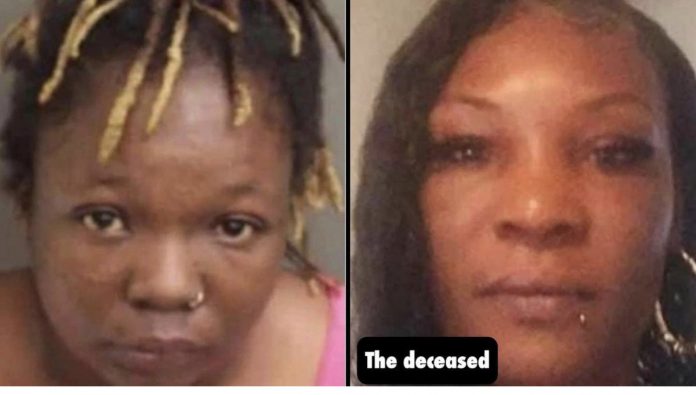 A Florida minor has been officially charged with second-degree murder after allegedly killing a woman that was fighting with her mom.

According to Wesh 2 News Police say just before midnight on May 30, two women were fighting in the courtyard area between buildings at the Windsor Cove Apartments on Mercy Drive.

According to witnesses, Isaac punched Rodgers at a barbecue at their apartment complex. The woman punched back, hitting Isaac in the face.

At some point, witnesses say Isaac “took off her backpack and gave it up” to her 10-year-old daughter.

As the two women continued to fight, witnesses say they saw the girl “rummaging through the backpack” and heard a gunshot.

The victim, Lushun Rodgers, fell to the ground with a “gunshot wound to the head.”

According to deputies, Isaac’s daughter then yelled, ”you shouldn’t have messed with my mother!”

At the time, the mother and daughter were taken into custody.

Isaac was arrested and faced a host of charges including not properly storing a firearm and manslaughter by culpable negligence.

It’s unclear why exactly police chose to charge the 10-year-old in this case and what’s next for her.

On Tuesday, State Attorney Monique Worrell called the case one of the most tragic she’s seen in her entire career.

“Our office has started the process of reviewing this case and will consider all of the facts, including the age of the child, and all of the surrounding circumstances, when making a charging decision,” a statement read from Worrell’s office. “We want to be clear in stating that no charging decision has been made by our office. However, we anticipate that whatever charges we eventually file, if any, will ensure she receives the interventions necessary to address her behavior, help her change and grow, and ensure the public’s safety going forward. We encourage the public to remember—no matter your feelings surrounding this tragedy—this is still a child.”

Several reports however say Issac’s daughter has killed before saying she allegedly stabbed her cousin to death during a previous altercation.