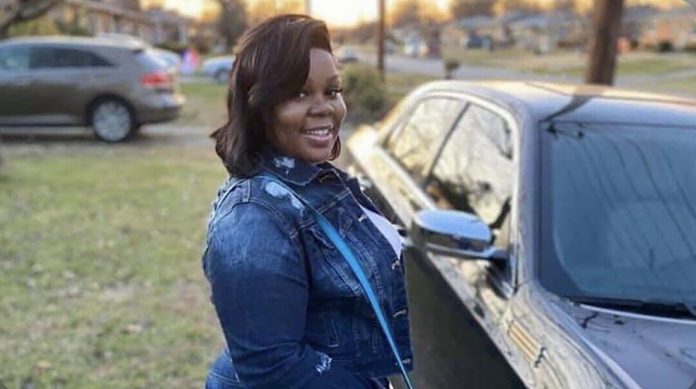 It’s been two long years and 4 long months since Breonna Taylor was killed and we finally have some headway on the case.

According to CBS17 The U.S. Justice Department on Thursday brought civil rights charges against four current and former Louisville police officers for their roles in the 2020 fatal shooting of Breonna Taylor — a Black woman who was killed in her home.

“Breonna Taylor should be alive today,” he said.

Taylor, a 26-year-old Black medical worker, was shot to death by Louisville officers who had knocked down her door while executing a search warrant. Taylor’s boyfriend fired a shot that hit one of the officers as they came through the door and they returned fire, striking Taylor multiple times.

Hankison, who was dismissed from the department in 2020, was one of the officers at Taylor’s door and one of three who fired shots that night. He was acquitted by a jury of state charges of wanton endangerment earlier this year in Louisville.

Jaynes had applied for the warrant to search Taylor’s house. He was fired in January 2021 by former Louisville Police interim chief Yvette Gentry for violating department standards in the preparation of a search warrant execution and for being “untruthful” in the Taylor warrant.

Taylor’s killing sparked protests and calls for racial justice across the country.

Louisville Mayor Greg Fischer welcomed the development in a statement.

“After two long years of relentless investigations, today’s indictments are a critical step forward in the process toward achieving justice for Breonna Taylor. My thoughts are with Ms. Tamika Palmer, Breonna’s mother, and all those who loved and cared for Breonna,” it read in part.

The FBI has arrested four LMPD officers involved in the murder of Breonna Taylor.

Accountability is long overdue. We will never stop saying her name.

Louisville officers falsified information on a search warrant, violating Breonna Taylor's fourth amendment rights, and ultimately leading to her death. This guy was useless and is running to be the Governor of Kentucky. Kudos to AG Garland & Kristen Clarke at the DOJ. pic.twitter.com/85QK0xGvUJ

Justice delayed is justice denied. But it’s never too late to do the right thing. Despite Daniel Cameron’s best efforts, accountability is finally coming for those responsible for Breonna Taylor’s death. It’s about damn time.