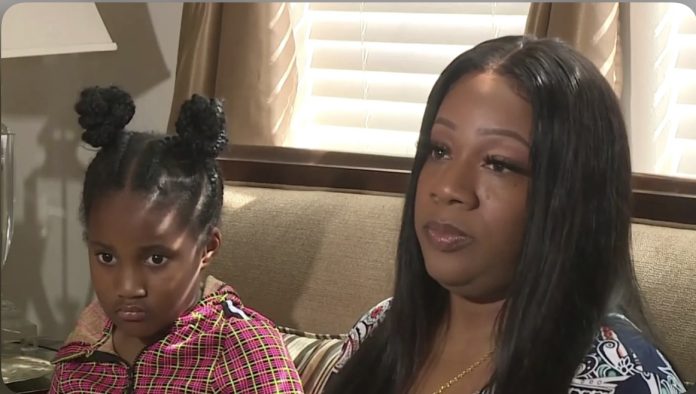 A Houston mother is worried and very upset with her daughter’s school after learning that her 9 yr old at candy infused with THC.

According to click2houston Angela Rose’s 9-year-old daughter is a 3rd-grade student at Krahn Elementary School and she unknowingly ate candy infused with marijuana which was brought to the campus by another student.

“I was shocked, and that’s when I started to write.

At this point, everything needs to be documented because this is her medical records,” mother Angela Rose said.

Rose says her daughter is being suspended for one day and that Klein ISD did not handle the incident correctly.

“They should have been calling me with an apology instead of a consequence,” Rose said.

The mother says it started on Thursday with a phone call from an adult at Krahn Elementary saying her daughter Amiya was throwing up.

“I went to the nurse’s office, and I said, ‘What’s going on? What is causing her to throw up? Does she have a fever? Did she eat something?’ And she said, ‘No fever.’ They just said she threw up a lot in class,” she said.

Rose said she thought Amiya had a virus.

She took her home and tried to nurse her back to health.

“She immediately went to sleep [and] she stayed sleep for hours,” she said.

Rose says she then got a call from the principal around 5:30 Friday afternoon.

The principal reportedly asked about Amiya’s symptoms and then dropped a bombshell.

“She said, ‘I was calling to let you know that Amiya had [eaten] some cannabis candy that had THC in it.’ I was like ‘What!’”

“I wasn’t going to turn down candy,” Amiya said.

Amiya says her friend gave her the candy that was similar to a Sour Punch straw.

She says she ate it in the bathroom and didn’t know it was cannabis candy.

“My friends told me that I was just staring at the wall the whole time,” Amiya said.

Amiya says it only got worse.

Before lunch, my tongue started feeling weird and my spit tasted nasty,” she said.

“This is something that happened at school that I had to find out about more than 24 hours later,” Rose added.

In a statement Klein ISD said:

“An investigation is underway regarding a student who appears to have intentionally ingested a substance brought to campus by another student.

School administrators contacted all involved families to inform them of the incident, and student discipline in accordance with the Student Code of Conduct is pending.”

Rose says her daughter is being suspended for one day for eating food from another student.

“That’s what makes me so upset. She has to be reprimanded because she ate a piece of candy from a friend. No ma’am…No!” she said.

Rose wants this incident off of her daughter’s record. She says Amiya has a medical condition and wonders what could have happened if something went wrong. She plans to fight it and is seeing legal options.

She says she plans of going to the school on Monday to speak with school leaders.