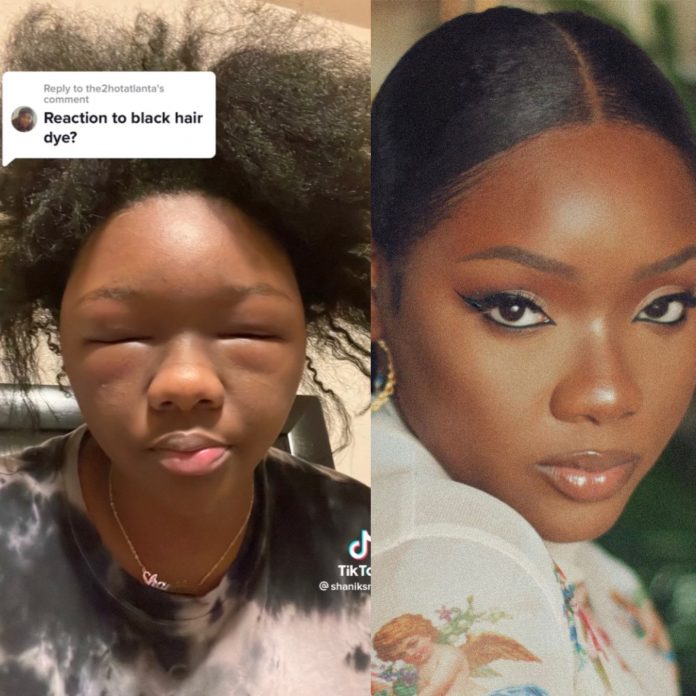 Shanika took to her TikTok to share a story about the time she had an allergic reaction to hair dye, specifically an ingredient called paraphenylenediamine (PPD).

To give you some background, according to Healthline most cases of allergic contact dermatitis stemming from exposure to hair dye are caused by an ingredient called paraphenylenediamine (PPD).

In boxed hair dye, PPD usually comes in its own bottle, accompanied by an oxidizer.

When both are mixed together, PPD becomes partially oxidized.

This is when it’s likely to cause allergic reactions in people who are sensitive to it.

Shanika said she was in the process of transitioning to natural hair when the incident took place.

She wanted to stretch the transition period a bit more by doing a silk press and dying her hair black.

For years she used the same brand of jet black dye, so her allergic reaction was quite unexpected.

After 48 hours of applying the dye, this was her result: 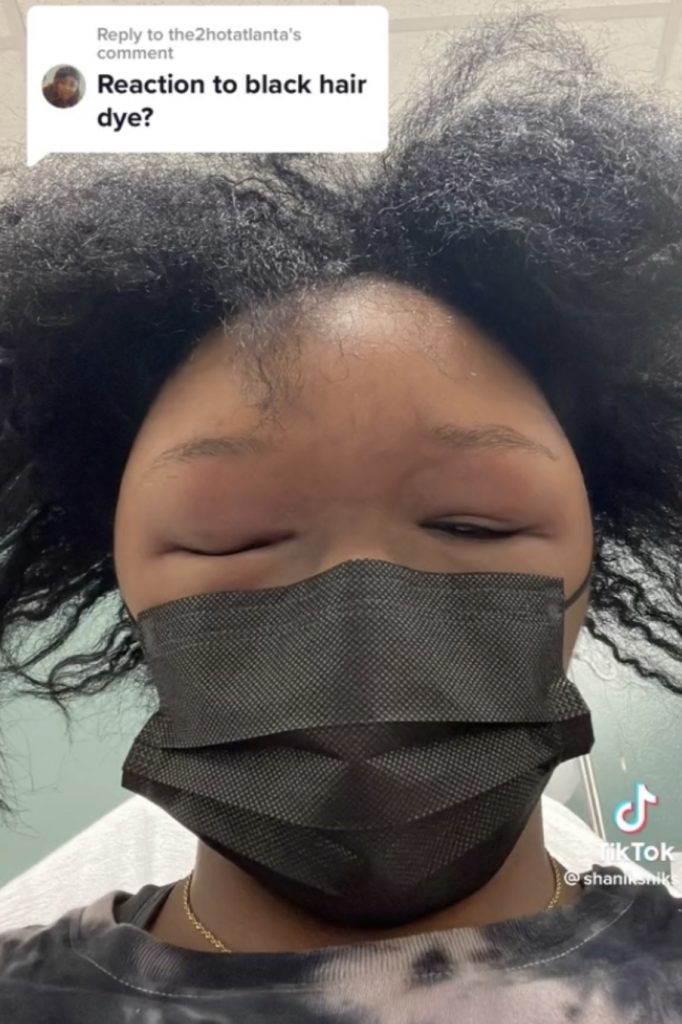 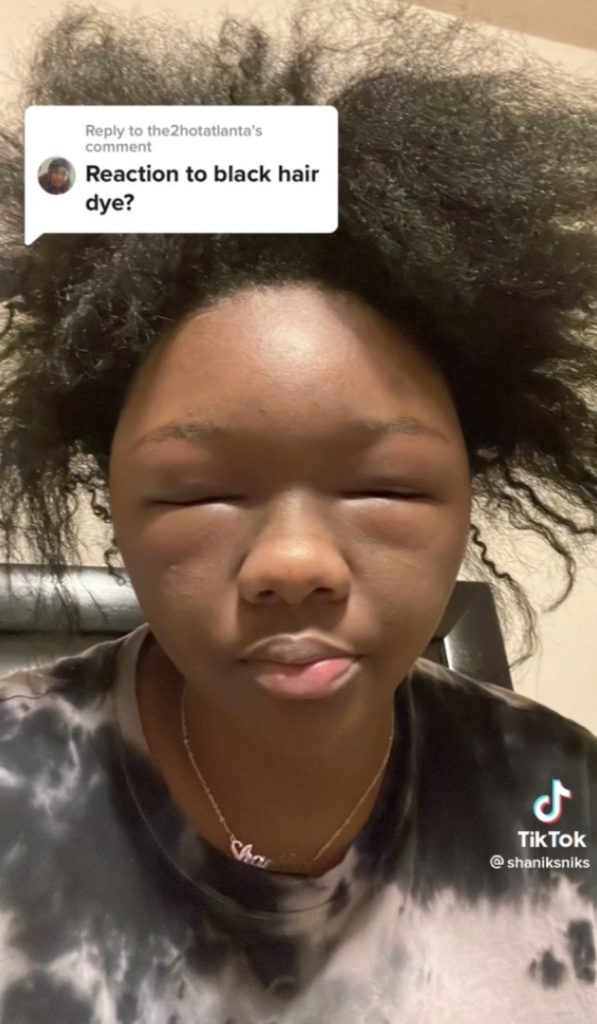 Of course, even though Shanika is ok now, and this happened 6 months ago her followers wanted a storytime!

Shanika has not named the brand of dye because she thinks that information is irrelevant but a few of her followers have shared that they had a similar reaction to the BIGEN brand.

fynysty1
what was the brand of dye?

ShaniksNiks · Creator
I’m not naming the brand because it’s irrelevant. It’s the ingredient in the dye PPD! It’s found in most dark/black colored hair dyes.

Marvel
It’s also commonly found in dye for lashes and brows, to include some henna dyes.

Dom | Domo | Nique
Same thing happened to me in May!!! The brand was BIGEN

kissing Kate Barlow
Same hereeeeeeeee!!!!!!!! All I did was rash up real bad I didn’t have a reaction like her but 😂

Have you ever had an allergic reaction to hair dye?

Harper’s BAZAAR Says Bella Hadid Just Made Hair Rollers ‘Look Like a Hot Accessory’, And We Are Gagging Sis