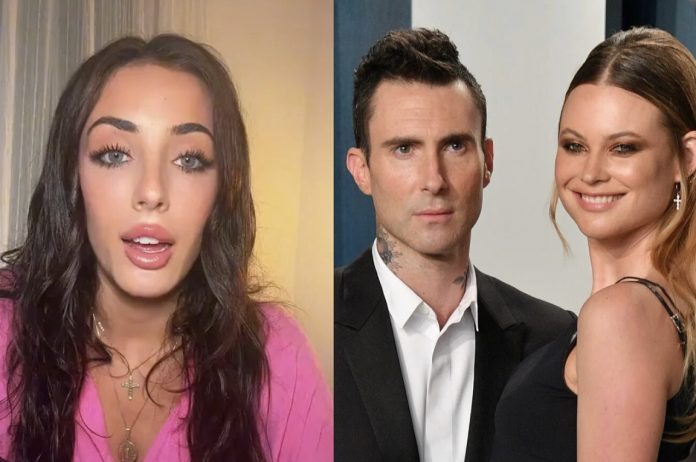 Adam Levine took to his Instagram stories to ‘clear the air’ about his alleged affair with a popular Instagram model.

On Monday a Tiktoker Sumner Stroh, said “Adam and I were seeing each other for about a year,” claiming that he wanted to name his child after her.

She then showed screenshots from an Instagram direct message reportedly from Levine that read, “Ok serious question. I’m having another baby and if it’s [a] boy I really wanna name it Sumner. You ok with that? DEAD serious.” 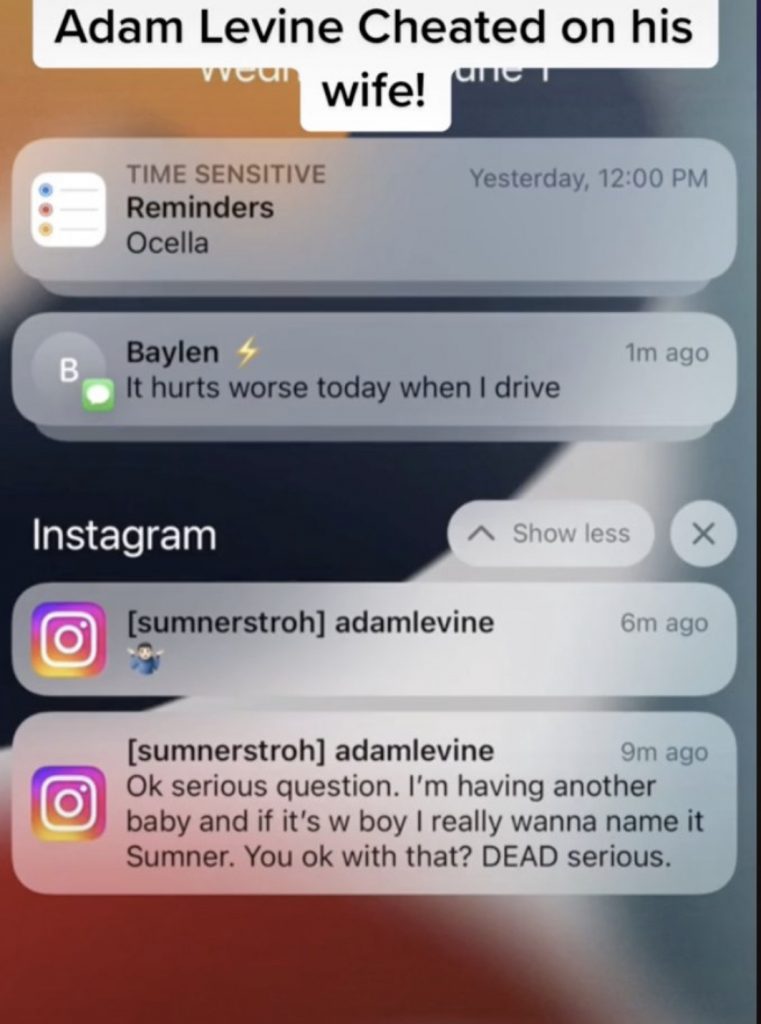 According to Yahoo The Maroon 5 frontman denied Stroh’s claim they had a year-long affair, but admitted he “crossed the line” with flirty messages.

Levine’s statement comes one week after Prinsloo confirmed the couple is expecting their third child.

“A lot is being said about me right now and I want to clear the air. I used poor judgment in speaking with anyone other than my wife in ANY kind of flirtatious manner. I did not have an affair, nevertheless, I crossed the line during a regrettable period of my life,” Levine said in a statement on his Instagram story. “In certain instances it became inappropriate. I have addressed that and taken proactive steps to remedy this with my family.”

Levine, who wed Prinsloo in 2014, went on to apologize to his family.

He and the Victoria’s Secret model are parents to daughters Gio Grace, 4, and Dusty Rose, 5.

“My wife and my family is all I care about in this world. To be this naive and stupid enough to risk the only thing that truly matters to me was the greatest mistake I could ever make,” Levine continued. “I will never make it again. I take full responsibility. We will get through it and we will get through it together.”

Levine didn’t address one of Stroh’s more surprising allegations — that the singer asked if he could name his unborn child after her. 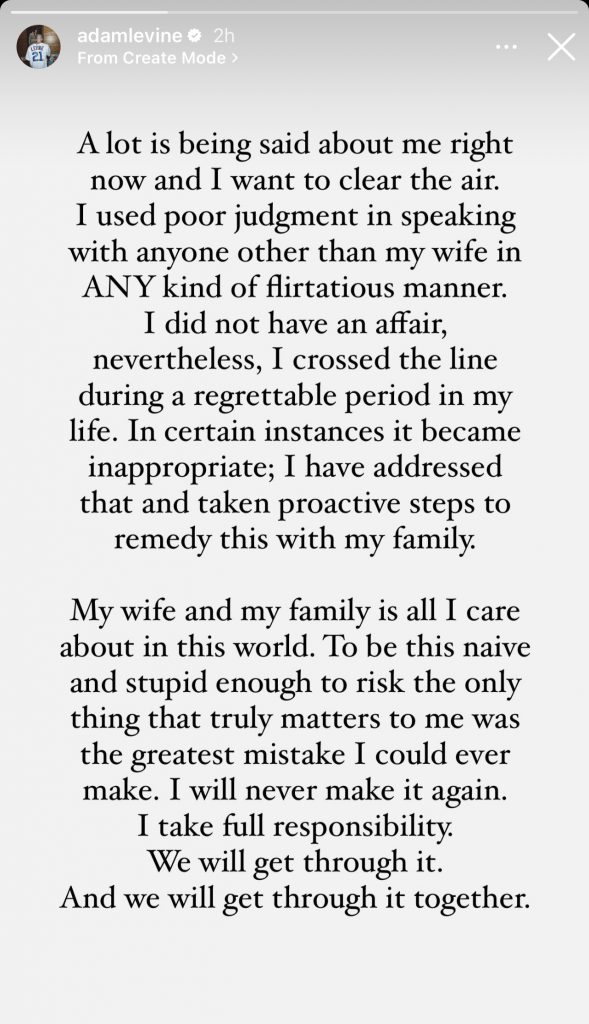 Adam Levine and his “mistress” are both wrong in this situation. The real victim is his wife and kids.. pic.twitter.com/9d28JdiMUH

hold on I need a minute pic.twitter.com/ewNtlo3WLT