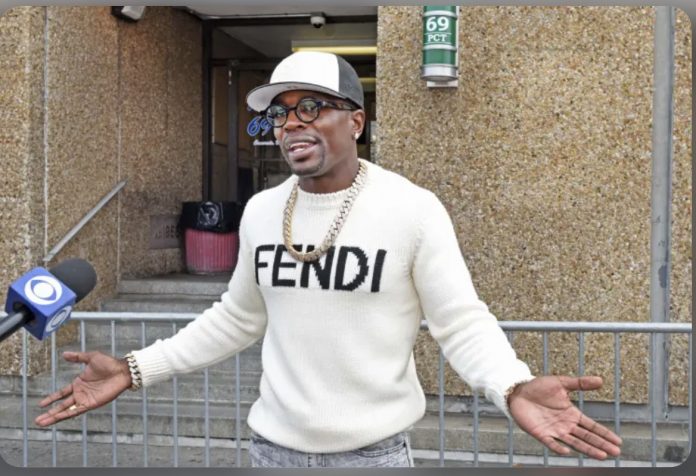 Another angle of the altercation that happened on Sunday at Bishop Lamor Whitehead’s church has been released.

According to CBS during a live-streamed Sunday service at Leaders of Tomorrow International Ministries, Bishop Lamor Miller-Whitehead appeared to get disrupted.

The bishop says it all started when two women came into the church mid-sermon.

Police say when a woman was asked to stop recording and leave, she began to antagonize the bishop and approach him on stage. As she walked past Bishop Whitehead, he appears to grab her from behind, and they move off camera.

“You see her walk in front of me, going after my wife and my daughter, and I grabbed her,” Whitehead said.

He says he was worried about his family and thinking back to the moment in July when he was robbed at gunpoint during a live-streamed sermon.

“That’s the only thing I could remember. This lady had a bag under her arm and she was going after my wife, and I grabbed her and I took her out and I pushed her out,” he said.

The woman in the video, 47-year-old Tarsha Howard, was arrested and charged with trespassing and disrupting a religious service. She showed DeAngelis her injury and made a brief statement.

“I am telling you right now I did not charge after his wife. It’s on video and everyone can see that I was the one that was assaulted, and after this statement, he will hear from my attorney,” she told DeAngelis.

The bishop was also taken into custody, but shortly after released. Now he’s criticizing the NYPD’s handling of the incident.

“I was treated like a criminal. I went from the pulpit to the cell for no reason. The New York Police Department failed me and failed my church,” Whitehead said.

Tarsha Howard, also did an interview with Larry Reid, claiming she was not aggressive and felt led to pray for the church in her language.

Tarsha said she is writing a book and wanted to experience Bishop Lamor Whitehead’s church for herself.

Watch the interview below: