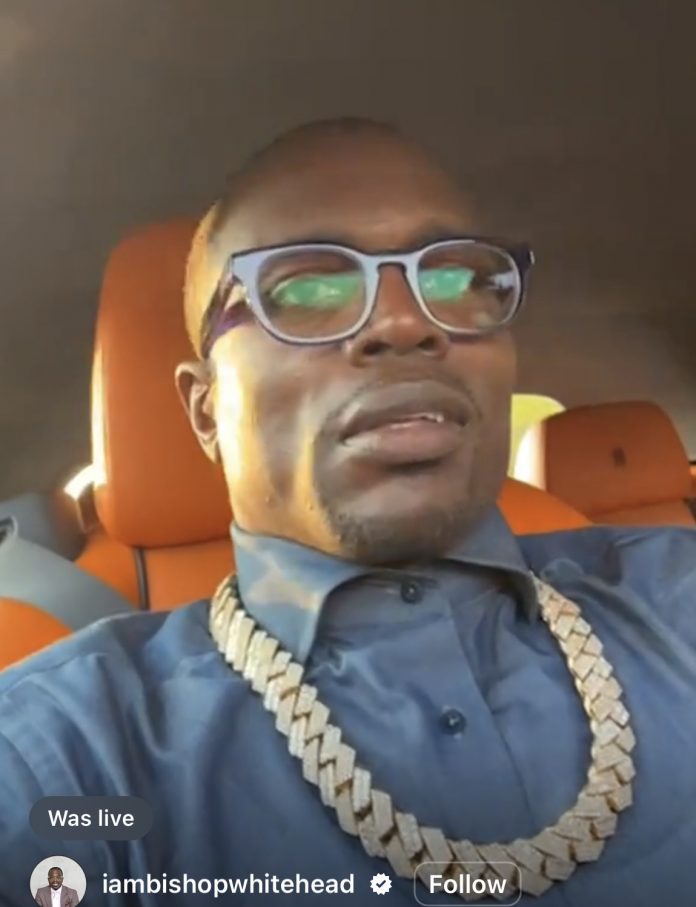 Bishop Whitehead, explained his side of the story on Sunday after it was reported that he was arrested for putting his hands on a woman while in church.

He explained that he did what ‘any man or any pastor would do’ if you see someone charging at your family.

He said, he did not choke her, but escorted her out the way she should have been escorted out.

As far as who the disruptors are, Bishop said they were women sent to the church by bloggers with the goal of disruption. He allowed them to speak their piece until they started moving toward his family.

He explained he is pro-woman and has never been an abuser.

According to TMZ NYPD sources said there was an argument over somebody filming Whitehead/the service, and it boiled over with an alleged physical confrontation.

Bishop Whitehead appears to get interrupted by someone out in the pulpit who’s shouting, and he tells the congregation to let her record … which escalates into him inviting her up.

He asks the woman if she wants to come up and deliver the word for him, and then starts telling the visitors to praise Jesus while speaking in tongues. When the woman finally does reach the altar, he grabs her by the head and appears to shove her out of frame.

Watch his explanation below:

Bishop is also hosting a protest in front of the NYPD (69th police precinct) see below: