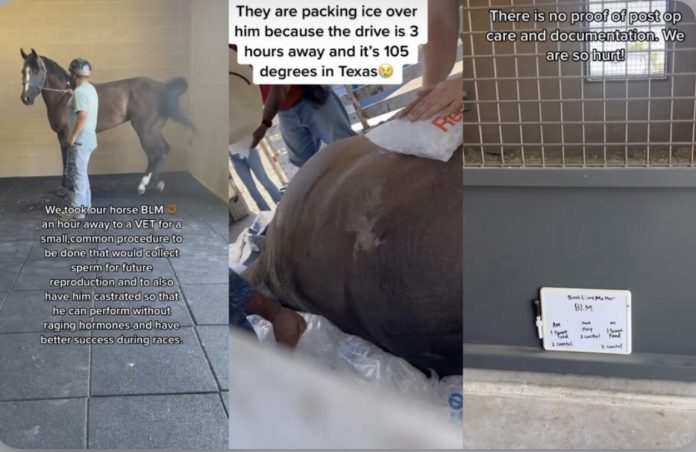 Most of you have probably heard about the famous racing horse “Black Lives Matter”.

“Black Lives Matter,” went viral on social media in January when he won his first race at the Sam Houston Derby trials in Houston.

The family is now reporting that the stallion mysteriously died without any explanation at an equestrian clinic, after his owners, the Hatley family from Oak Cliff, dropped the animal off in perfect condition.

According to Black Enterprise a video posted by owner Kee’Undra Hatley-Smith, she explains, “We took our horse BLM an hour away to a VET for a small, common procedure to be done that would collect sperm for future reproduction and to also have him castrated so that he can perform without raging hormones and have better success during races.”

She continued, “We dropped him off healthy! But when we returned to pick him up, he was non-responsive. We noticed this camera directly above the stall that he was kept in after the procedure.”

Hatley-Smith proceeds to record while in the office asking for the footage that would have captured what really happened to Black Lives Matter or if he was even treated after the procedure, but the tech they spoke to could only offer, “It’s not there and we don’t know why.”

The video continues, “We requested him be shipped to a pathologist for an autopsy,” the text reads while the horse’s corpse is being transferred on a tractor.

The next clip shows multiple ranch hands covering the animal with dozens of ice bags inside the horse trailer. “They are packing ice over him because the drive is 3 hours away and its 105 degrees in Texas,” the owner goes on to explain.

If things weren’t strange enough, Hatley-Smith then posts a screenshot of text messages with the vet about canceling the castration because they wouldn’t be able to be there in person, however, they disregard the owner’s wishes and continue with the operation. 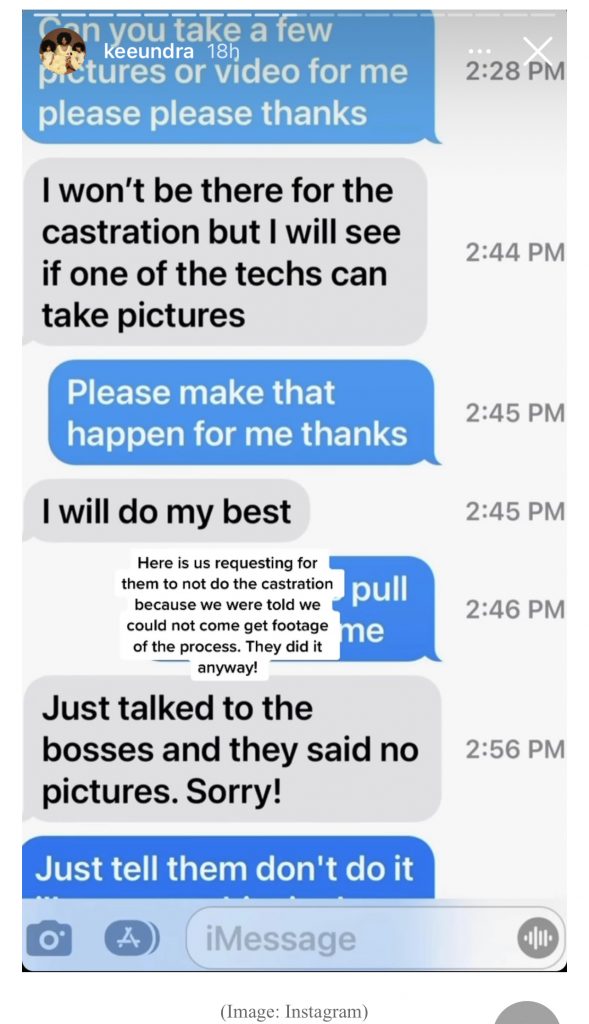 “Here is us requesting for them not to do the castration because we could not come get footage of the process. They did it anyway!” she wrote.

“There is no proof of post-op care and documentation. We are so hurt!”

Hatley-Smith’s footage continues while in the office with the veterinary techs seemingly shifting blame to the owners for perhaps sharing the location of the horse to social media because they remain adamant that they don’t know what happened to Black Lives Matter.

The owner then reveals, “When we asked to come get footage of the procedure someone at the front desk told us ‘we are not here for your social media needs’ this made us suspicious so we told them not to move forward.

“Being that our horse has been all over social media bringing awareness to the BLM movement, we found that statement disrespectful.”

The video ends with, “We want answers and we want JUSTICE!”

why did he say the name like that? 😭😂 @Knix and Kna #blm #blacklivesmatter #horse #fy #fypシ