by emily1phone
in Celebrity, Culture
0

Brandy gave a flawless rendition of the national anthem at the NFC Championship game at SoFi Stadium on Sunday.

Her vocals were so good, people are calling for her to sing the anthem at the Super Bowl. 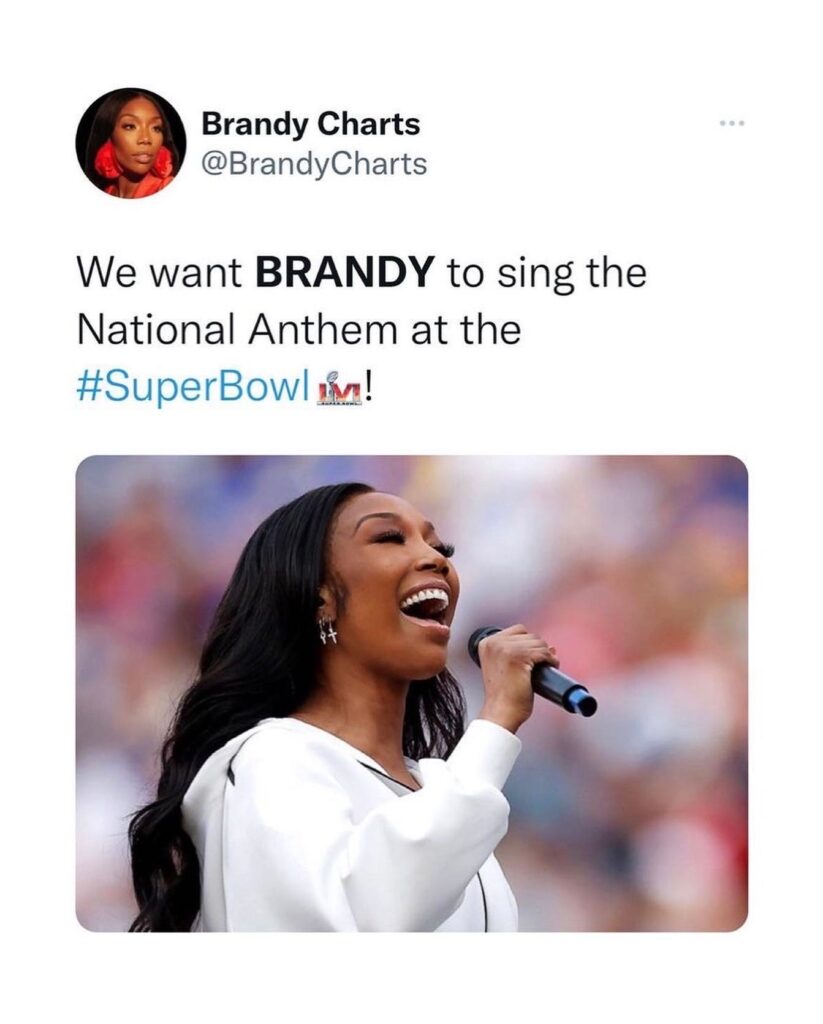 But it wasn’t just her voice that had people taking.

Read below According to People:

The Grammy-winning singer, 42, delivered a stunning rendition of “The Star-Spangled Banner” before Sunday’s game between the Los Angeles Rams and the San Francisco 49ers.

The Queens star also caught the attention of eagle-eyed fans with her outfit, which brought a sentimental dose of nostalgia.

Rocking a red, white and black Prada tracksuit, Brandy appeared to channel the late Houston’s sporty attire from her iconic 1991 Super Bowl performance — and people were quick to point out the striking similarities between the two. 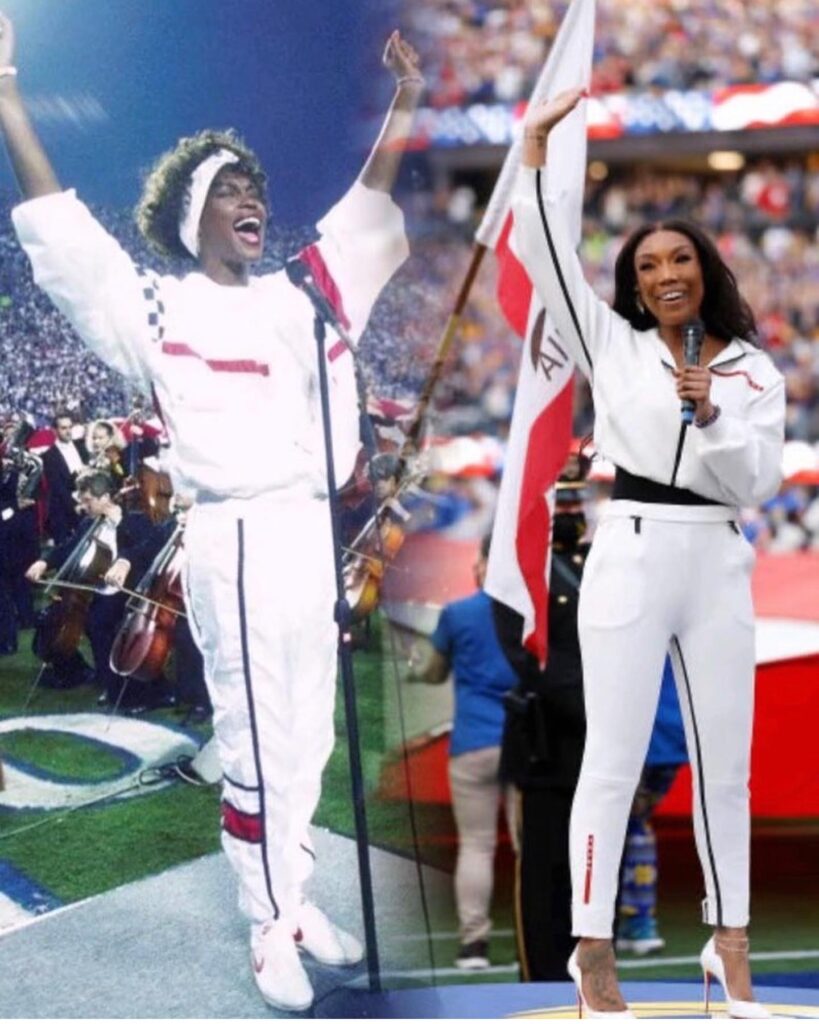 One thing about Brandy, she gonna find a way to pay homage to Whitney.

Did you catch Brandy at the game? Comment below!