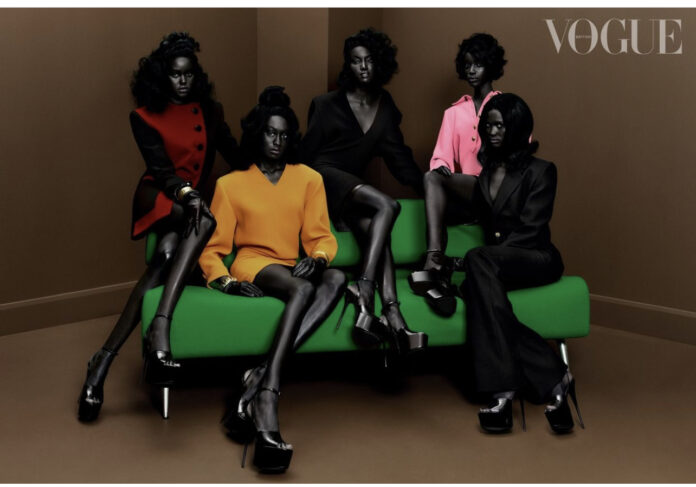 British Vogue is celebrating African Models on Their February cover and if we were to be very honest, we thought the pictures were gorgeous!

9 gorgeous women were featured according to the editorial.

Read below via British Vogue:

They are playfully conversing; I note snippets of Dinka and hints of other mother tongues peppering the conversation.

They’re laughing and teasing one another while moving and mouthing the lyrics to Wizkid’s “Don’t Dull”, “Ojuelegba”, “Essence” and pretty much the entire tracklist of Made in Lagos.

These women are a wholly different type of model and are currently pushing the boundaries not only of beauty but of the entire fashion world.

“I saw all these incredible models from across Africa who were just so vivacious and smart,” recalls Edward Enninful, British Vogue’s editor-in-chief and European editorial director, explaining the inspiration behind shooting an all Black, all African cover.

His excitement for this moment is tangible: “These girls,” he continues, “are redefining what it is to be a fashion model.” This, he asserts, is well overdue. “You know, fashion tends to follow waves.

We’ve had the Brazilian wave.

We had the Dutch wave, the Russian wave, the Eastern European wave… And while, in the last decade, the Black model has come to prominence, I love that we are finally giving more space to African beauty.”

Unlike the trends that have gone before, which favored a certain aesthetic – the perpetually sun-kissed Amazonian curves of the Brazilians, the strong jawlines of the Eastern Europeans – this African wave taps into a variety of aesthetics from across that vast continent.

Check out the pictures: 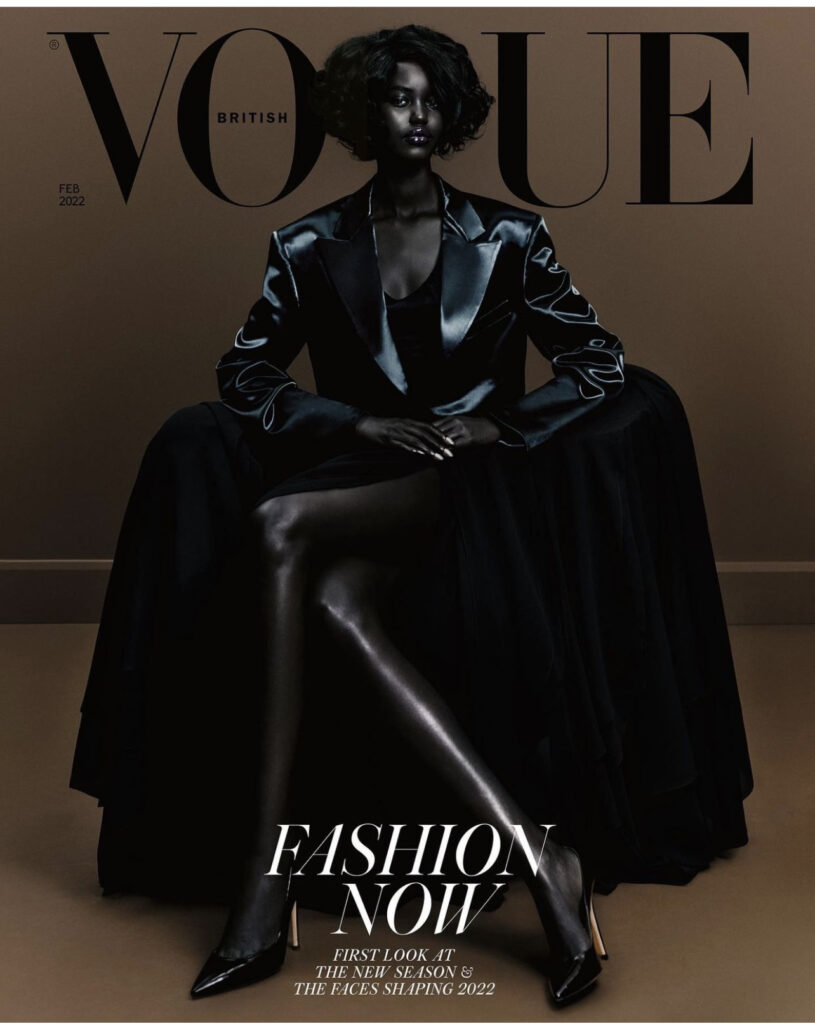 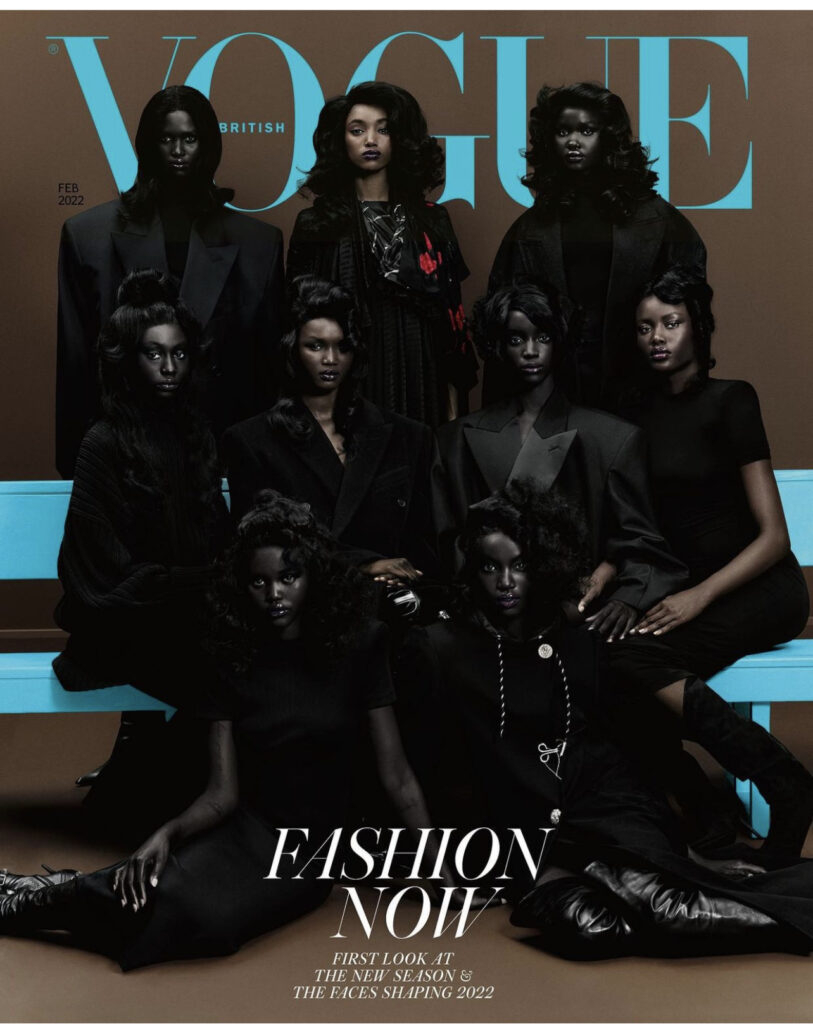 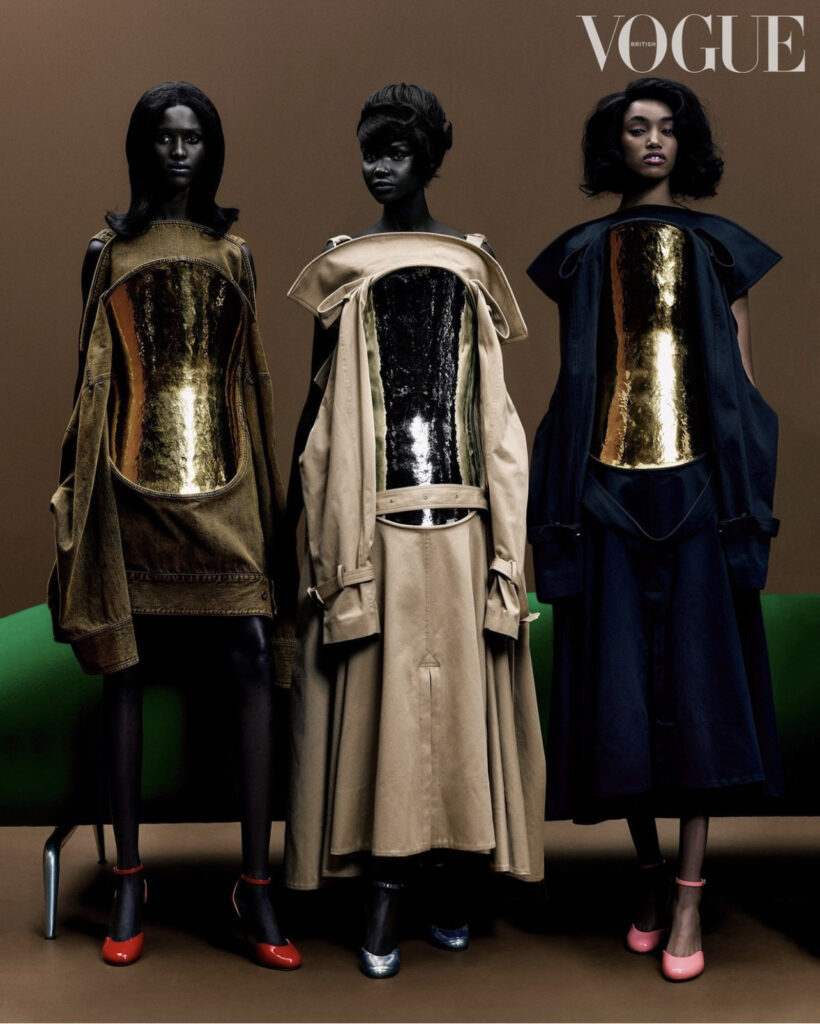 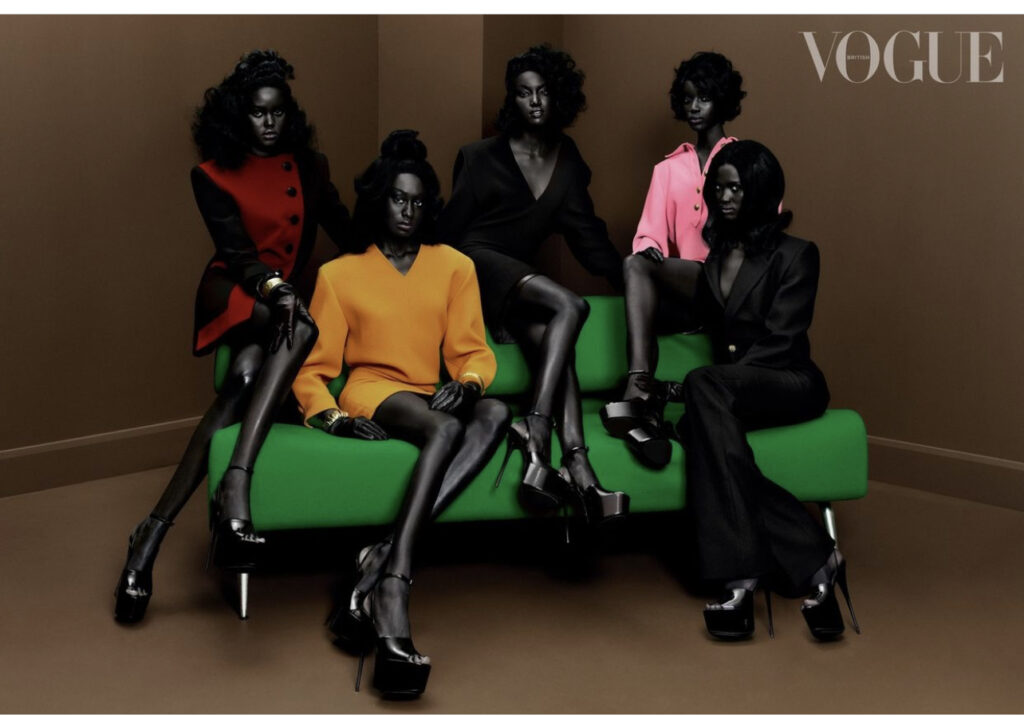 As beautiful as these pictures are, the critics were out in full force.

In our opinion, this is a monumental moment for these women, but others have been dissecting the pictures with a myriad of negative opinions.

One commenter made the point that they should have featured the women with their natural hair:

This video represents the girls in a better light, than the edit. The hair in the pictures is shocking, some covers their faces, why not let them have their natural hair. I just felt that the end result defeated the purpose because here you can clearly see their natural beauty.

another said:
‘British Vogue? So…they gathered all of these beautiful women and decided not to use lighting properly? One can’t even identify who is who! And the wigs? Those women have very beautiful fascinating dark skins, so why DARKEN them like that?’

Another accused the Brazillian photographer Raphael Pavarotti of catering to the “white gaze” by “fetishising” the models.

saying:’ You can be unapologetically black without caricature.’

and then there was this one:

The beauty of the Black Complexion is priceless.

Melanin is divinity in itself, Just like the Gods meant it to be, we Love and appreciate it.

But this edit by a reputable magazine is taking it too far, it's offensive at its Best. pic.twitter.com/VWWcdeIJVT

I am South Sudanese. I have lived here probably longer than these models and I can assure you that there is nobody moving around looking like this.

Another critic said: ‘Edward Enninful was foul for that Vogue cover. That lighting, wigs, outfits, errything was anti-black.

‘I don’t care, I don’t care. You took the most beautiful women on the planet and made sure we couldn’t see them on an issue about visibility? @BritishVogue, shaking my head.’

Even though there were a ton of negative comments, the positive ones celebrated the women, and how gorgeous they looked.

What is your opinion, do you agree with the critics, or do you love the cover?

Like Bridgerton? You Will Love These 5 Black Authors of Historical Romance Fiction

Oh, Baby! Rihanna’s Plus One – Rihanna Is On The Cover Of Vogue Talking Fashion, Pregnancy, Rocky and More