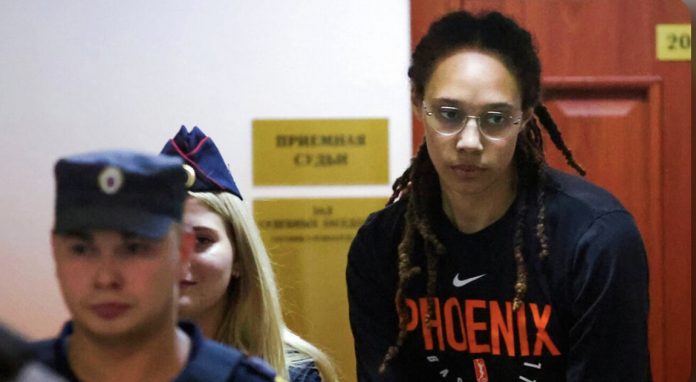 Brittney Griner had another day in court and was able to provide more details around the guilty plea she made 3 weeks ago.

She was very clear that she is fully aware that cannabis is a banned substance in Russia and had no intention of violating the law.

According to Yahoo Griner sought leniency from the court, explaining that she “never planned on bringing medical marijuana” to Russia.

Speaking through a translator, Griner admitted she knew that cannabis was a banned substance in Russia but reiterated that she accidentally took the vape cartridges with her in her haste to pack for her Feb. 17 transatlantic flight to Moscow.

“With them being accidentally in my bag, I take responsibility,” Griner told the court, “but I did not intend to smuggle or plan to smuggle anything into Russia.”

Griner began her testimony by describing her confusion when Russian customs officials took her into custody after finding the cartridges in her bag. She testified that she was not read her rights, that she did not have access to an attorney and that she was told to sign Russian-language documents without fully understanding what they were or the consequences of signing them.

“I can only assume that they were about the search and the cartridges,” Griner said.

At a previous hearing this month, Griner’s attorneys presented the court with an American doctor’s letter saying that Griner had been prescribed medical marijuana. Griner echoed that in her testimony on Wednesday, saying the cannabis oil helped her cope with chronic pain from lingering knee, ankle and back injuries that she sustained during her basketball career.

“She explained to the court that she knows and respects Russian laws and never intended to break them,” her attorney Maria Blagovolina said after the hearing.

Griner’s testimony mirrored the strategy her legal team has employed throughout her slow-moving trial. From day one, Griner’s attorneys have never fought against the inevitability of a guilty verdict.

They’ve instead focused on summoning character witnesses and introducing mitigating evidence that they hope will result in a lighter sentence and grease the path for a potential prisoner exchange between the U.S. and Russia.

How much any of Griner’s testimony will actually impact her sentence is certainly debatable. Experts have told Yahoo Sports they consider Griner to be a political pawn and describe her trial as nothing more than “theater.”

Danielle Gilbert, a Dartmouth University foreign policy fellow, contends that the trial is “only about Russia’s efforts to legitimize holding Griner” while Russian officials seek to trade her in a prisoner exchange or for some other concession from the United States.

Yuval Weber, an expert on Russian military and political strategy, says that he has “zero doubt the judge will not be making an independent decision” on the length of Griner’s sentence. The way Weber sees it, Russian government officials will dictate Griner’s punishment — and they lose the upper hand in negotiations with the U.S. if they show lenience.