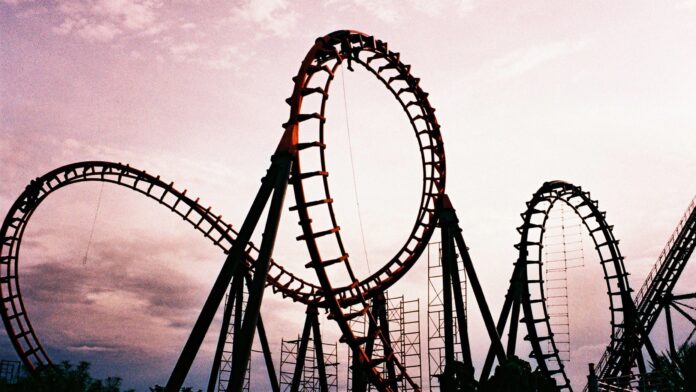 We saw the most random headline today! According to the California Attractions and Parks Association, theme parks are planning to reopen but they are asking that nobody screams.

Southern California theme parks are set to open as early as next month, but thrill-seekers may be forced to bite their tongues while riding their favorite rollercoasters.

The California Attractions and Parks Association is behind a plan that would encourage riders to remain silent while barreling through the air on rollercoasters to prevent the spread of the coronavirus.

Reopening guidelines in the Golden State call for businesses to limit activities such as singing or shouting to stop the spread of the deadly virus.

Under the proposal, amusement parks like Disneyland, Universal Studios and Six Flags could open at limited capacity, and patrons would be asked to keep their excitement to themselves on the rides.

“Face covering usage and/or modifications to seat loading patterns will be required on amusement park rides to mitigate the effects of shouting,” CAPA wrote in its Responsible Reopening Plan. “Additionally, on rides, guests generally face in one direction.”

Of course the reactions online have been nothing short of hilarious!

Only in California would they ban screaming while riding on a coaster…?

@vanessajsimmons
Lmaooo! What?! Not as if we can help it , this is wild

@trillassbruce
So just don’t go to amusement parks this summer? Got it.

Japan did the same thing

This isn’t new though, Japan implemented the same thing, according to Global News officials at a Japanese theme park have added a game-changing new rule for customers who use their roller coasters, in an effort to prevent the spread of the novel coronavirus among thrill-seekers on the rides.

It’s simple: keep your scream inside while riding the roller coasters. Or, as the park put it, “scream in your heart.” Essentially, visitors are expected to mask up and keep their mouths shut while they ride the swoops and curves.

However, the new rule hasn’t been sitting well with some visitors who say it’s extremely hard not to scream on the rides. Customers told the park that the new rules were “severe” and “impossible,” it said.

Park officials responded by demonstrating that it’s entirely possible (though entirely not as fun) to ride a roller coaster with a straight face.

They even went as far as to show how to do it:

The park is now using the video as part of a social media campaign that encourages each rider to take a “serious face” selfie while riding on Fujiyama. Many customers have tried the challenge in hopes of winning free tickets, but some people continue to complain.

Not sure what to do with this one! Comment below, let us know your thoughts.