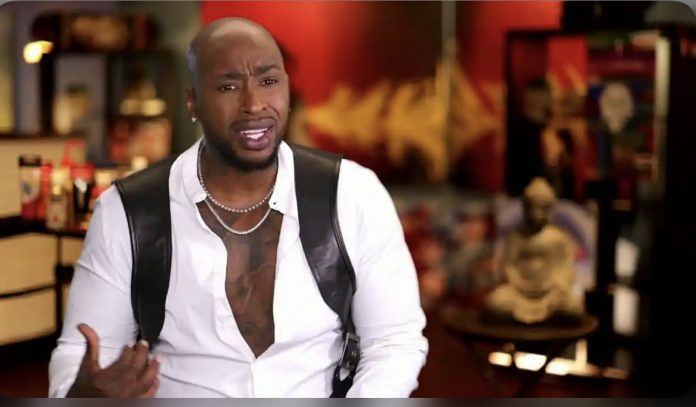 VH1 announced that they are parting ways with Ceaser Emanuel after video surfaces allegedly showing him abusing dogs.

We have made the decision to cut ties with Ceaser Emanuel from Black Ink Crew New York. Since next season was close to finishing production, this decision will not impact the upcoming season.

The clip, which was shared all over social media shows Ceaser beating dogs.

His co-star Donna Lombardi reposted the clip saying “I don’t even get into the life of this man, but this video made me so upset.”

She called on the network to cancel him completely … adding “I pray the people see you, @ceaserblackink, as the monster you are.”

According to TMZ – A spokesperson for VH1 told them, “We have made the decision to cut ties with Ceaser Emanuel from Black Ink Crew New York. Since next season was close to finishing production, this decision will not impact the upcoming season.”

Sources familiar with the situation tell us they are wrapping production, but keeping it open in order to properly address the situation in the show.

The show is currently in production for its 10th season, and Ceaser’s been a part of the series since its 2013 premiere.

The show follows the daily operations of his shop, Black Ink tattoo, in Harlem … the guy also owns studios in Brooklyn, ATL, Orlando and Houston.

Sooooo beating his 17 yr old daughter NAKED in the shower, taking her phone and kicking her out with no where to go was fine.. but beating a dog is where we draw the line? Smh don’t get me wrong he’s such af for what he did to the dogs but it just goes to show these networks

This situation with Ceasar from Black Ink only proves that we still go harder for Dogs than actual people. SMH.

So Ceasar allegedly beats his daughter naked in the shower and not a peep from VH1 or Viacom but he beats a dog and Black Ink Crew is promptly cancelled the next day. Oh ok

So @vh1 a black man can be convicted of attempted murder, robbery, drug charges, assault, assault w/a deadly weapon against other blacks- hell 2 can literally beat each other senseless every Monday on your shows BUT LET THEM HIT A DOG – y’all don’t want to do business w/them? 🧐