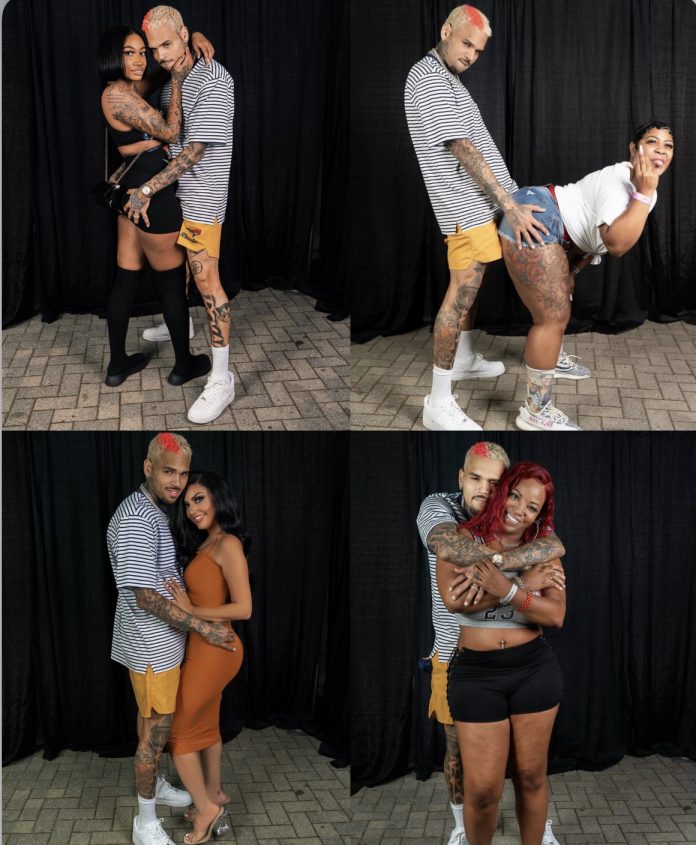 More pictures surfaced on social media of Chris Brown getting ‘cozy’ with his fans and he has had it with ya’ll talking about it.

The R&B artist took to his Instagram to explain and defend the photos with a lengthy PSA.

The first thing he addressed was our terminology!

According to his PSA, he has not had a ‘meet and greet’ in over 7 years.

What he does have is a VIP package that concert-goers have been purchasing.

He said:
“I have the coolest fans on the planet… I appreciate the f*** outta them. These are memories that will last with them forever. Unlike most of the lame ass artist that won’t make eye contact with the people who made it possible to even have a career. I only exist because these fans saw something in me I never thought was possible… So Ima go all out for my fans!!!” 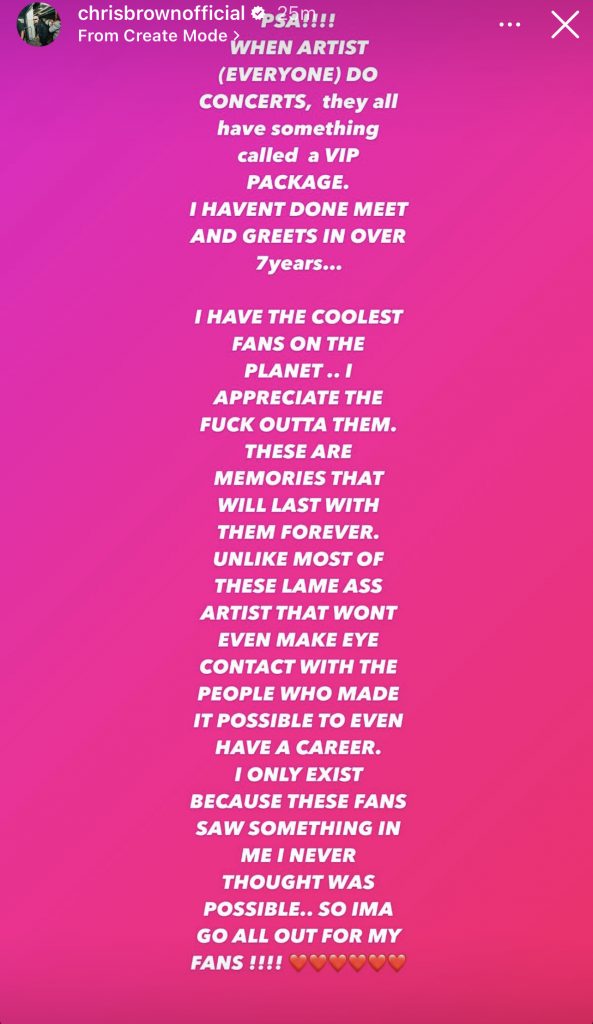 Chris did not need that PSA, the truth is, generally, Twitter loves his approach to the photgraphs.

THIS IS CHRIS BROWN'S SIDE PEOPLE WON'T TALK ABOUT pic.twitter.com/Bc7AfSs0lh

Idk I think me and @chrisbrown snapped in these photos ♥️♥️♥️ pic.twitter.com/9h9UwJdz9A

Every single Chris Brown meet and greet picture I’ve seen he looks like he’s in love with the girl who’s in the picture. Thats how you do it – especially for $1000

wait chris and i look like high school sweethearts 😭😩😂 i love you @chrisbrown ❤️ pic.twitter.com/5JcPKhbFCs

Chris Brown with fans at #OneOfThemOnesTour meet and greet pic.twitter.com/BJjYepLaVU

chris brown doing bf and gf poses in these meet & great photos are EVERYTHING, he really knows how to make their money worth it 🫶🏻❤️ pic.twitter.com/CkosDvl0Jh