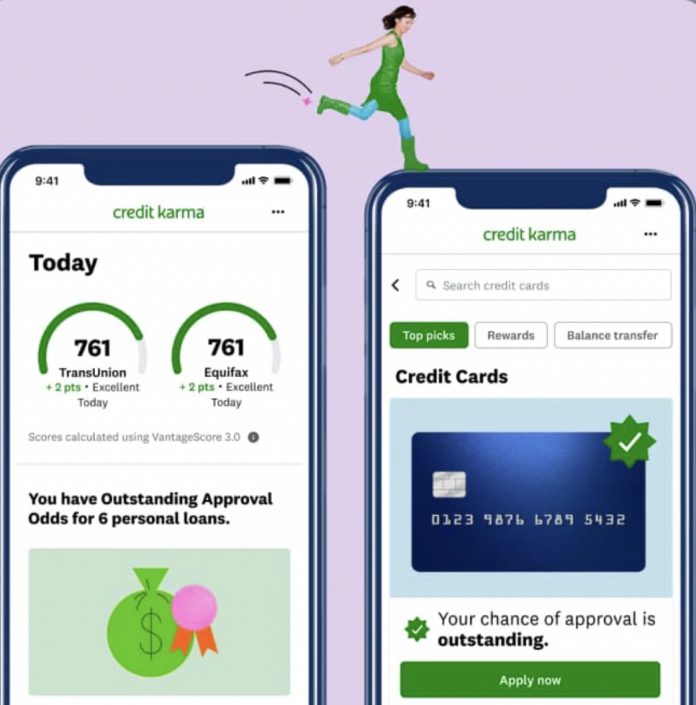 oh ooh, not credit Karma doing the most with people’s credit and livelihoods!??

Most of us know and love Credit Karma because the app keeps us on track even if it’s for quick snapshots of our finances.

Now the company is facing a lawsuit.

According to NPR The Federal Trade Commission is ordering Credit Karma to pay its users $3 million after pushing false preapproved credit cards on consumers and harming their credit scores.

Nearly one-third of users who applied for credit cards labeled as preapproved by Credit Karma, a credit monitoring company, was subsequently denied following a credit check. According to a complaint filed by the FTC, the marketing efforts wasted consumers’ time and had a negative impact on their credit scores.

Marketing campaigns designed to trick people into taking specific actions, like applying for a credit card an individual is allegedly preapproved for, are known as dark patterns. According to a news release, the FTC is cracking down on predatory practices that “harm consumers and pollute online commerce.”

The FTC complaint alleges that at least between February 2018 and April 2021, Credit Karma violated the Federal Trade Commission Act by promoting products that consumers were either “Pre-Approved” for or had “90% odds” of approval for, but ultimately were unqualified.

In response, Credit Karma said in a statement that the company disagrees with the FTC’s claims, but reached an agreement on the issue so it can get back to helping customers. According to the statement, Credit Karma gets compensated only when users are approved for products like credit cards.

“The FTC’s allegations are focused on Credit Karma’s historical use of the term ‘pre-approved’ for a small subset of the credit card and personal loan offers available on Credit Karma’s platform prior to April 2021, and do not challenge the approval odds language Credit Karma has provided to its members since April 2021,” the statement said.

A Credit Karma spokesperson told NPR that the company was unable to independently verify the FTC’s numbers. “What we know today is only less than 1,500 people have ever contacted us stemming from anything related to this,” the spokesperson said.

According to the complaint, Credit Karma was aware that their practices were misleading. For instance, training materials for customer service representatives list “confus[ion] about pre-approval” as a common issue brought up by consumers.

But one credit card company told the FTC, “The Company does not preapprove, prequalify, or preselect consumers to whom to offer the [Company’s credit card] via Credit Karma,” according to the complaint.

Credit Karma will have to pay the FTC $3 million, which will be sent to consumers harmed by the predatory practices. The company will also have to stop deceiving consumers about credit offer approvals, which will be documented by an order requiring Credit Karma to preserve records of its marketing efforts, according to the news release.

Be careful with these apps.