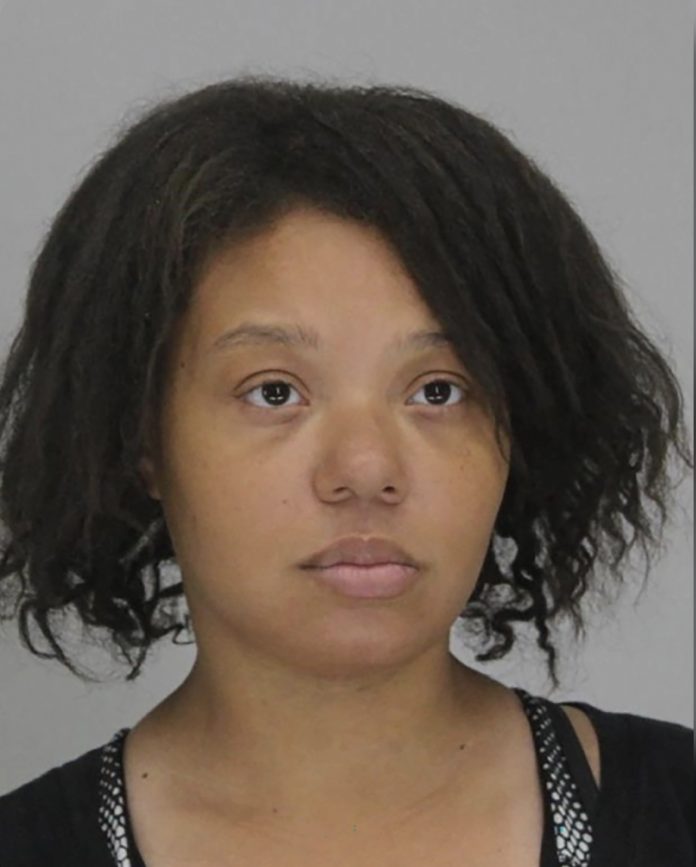 More details are coming out about the Dallas Airport Shooter.

One important piece of information the police have released is that she has had her fair share of run-ins with the law and has been diagnosed as mentally ill before.

The accused female shooter at Dallas Love Field Airport has a lengthy criminal record and had previously told police that she was “God’s prophet” and was married to R&B singer-songwriter Chris Brown.

Over the past several years, 37-year-old Portia Odufuwa has faced charges including arson, robbery, criminal trespass, and false reporting in cities across North Texas.

But in many of those incidents, judges deemed her incompetent to stand trial, she was referred to either or both inpatient or outpatient mental health services, and the cases were dismissed, The Dallas Morning News has reported.

And as recently as last summer, a Dallas County judge ruled she was not a danger to others.

Before she allegedly changed clothes in the airport bathroom, pulled out a gun near a ticketing counter, and opened fire into the ceiling at about 11 a.m. Monday, court records show Odufuwa had allegedly pulled a gun on a hotel front desk clerk in April 2021 at a time when she was homeless.

The woman provided the address of rapper Chris Brown’s mansion to police after the incident, but Dallas County Judge Kristin Wade dismissed the false report case by November even though Odufuwa “did not successfully complete the program” when deemed incompetent to stand trial, according to county court records reviewed by the newspaper. She was supposed to continue mental health services elsewhere.

In October 2019, Odufuwa was arrested in Mesquite, Texas, when officers responded to a house fire, and the woman, who was found standing outside watching the flames, reportedly told police she intentionally set it ablaze and had returned after doing so several times before without ever successfully fully burning the residence where she once lived to the ground.

“I am God’s prophet, and I need an attorney, but I’m basically letting you all know that I am the cause of this fire,” she told responding officers, according to court records.

Odufuwa also allegedly told police that she would not give more details until she could speak with her husband, whom she identified as Brown. She was not married to the rapper.

In April 2019, Odufuwa was accused of a bank robbery in Wylie, Texas, after waltzing into a Bank of America and displaying a note demanding an undisclosed amount of money.

Customers were evacuated to a safe location, and officers caught up with Odufuwa nearby as she attempted to flee the scene.

The woman was found incompetent for trial and underwent inpatient and outpatient treatment.

Crowds of travelers either fled or ducked for cover when Odufuwa opened fire at the airport Monday, according to reports.

FACT CHECK: Her name is Portia Odufuwa 37, she has been identified as the Dallas Love Field Airport mass shooter.

➖#PortiaOdufuwa is a NIGERIAN-AMERICAN, not a Foundational Black American.

Portia Odufuwa is NOT Nigerian-American. She is MARRIED to a Nigerian. There is a difference.

Stop trying to use this #LoveField situation as an invitation to disrespect Nigerians. 🖕🏾

Portia Odufuwa was out here robbing banks and lighting up the airport. That heffah is not well. Wonder why they're showing her previous mugshot and not a pic from a ballet recital or something? #lonewolf #MentalHealth

Another video obtained by CBS 11 News shows officers surrounding the woman, identified as Portia Odufuwa, before paramedics arrive and take her to the hospital pic.twitter.com/685EoftcHt

How did she get her hands on a weapon?