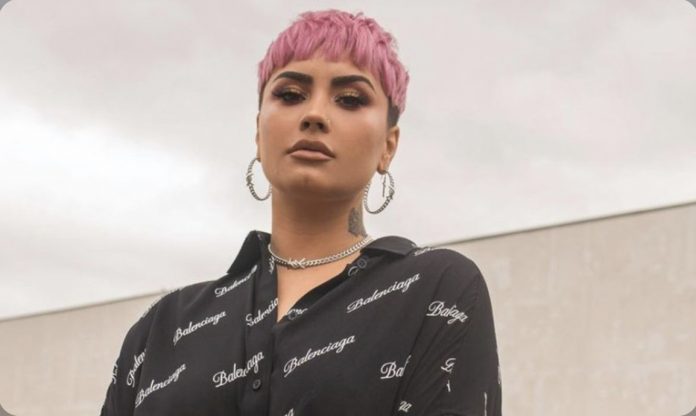 After just one year of coming out as non-binary Demi Lovato is back to using she/her pronouns.

The “Sorry Not Sorry” singer shared the change on the ‘Spout’ Podcast on Tuesday saying that she came to the decision because she is ‘such a fluid person’.

According to Pagesix she further explained why she previously adopted “they/them,” Lovato said her energy last year was “balanced in my masculine and feminine energy.”

Lovato said choosing to identify by the “they/them” pronouns at one point, for her, was about “feeling human at your core.”

“Recently, I’ve been feeling more feminine, and so I’ve adopted ‘she/her’ again,” she reaffirmed. “But I think what’s important is, like, nobody’s perfect.”

“Everyone messes up pronouns at some point, and especially when people are learning. It’s just all about respect.”

People on Twitter have mixed feelings about Demi’s choice.

Some are accusing her of playing pronoun ‘hop scotch’ others say people should leave her alone. 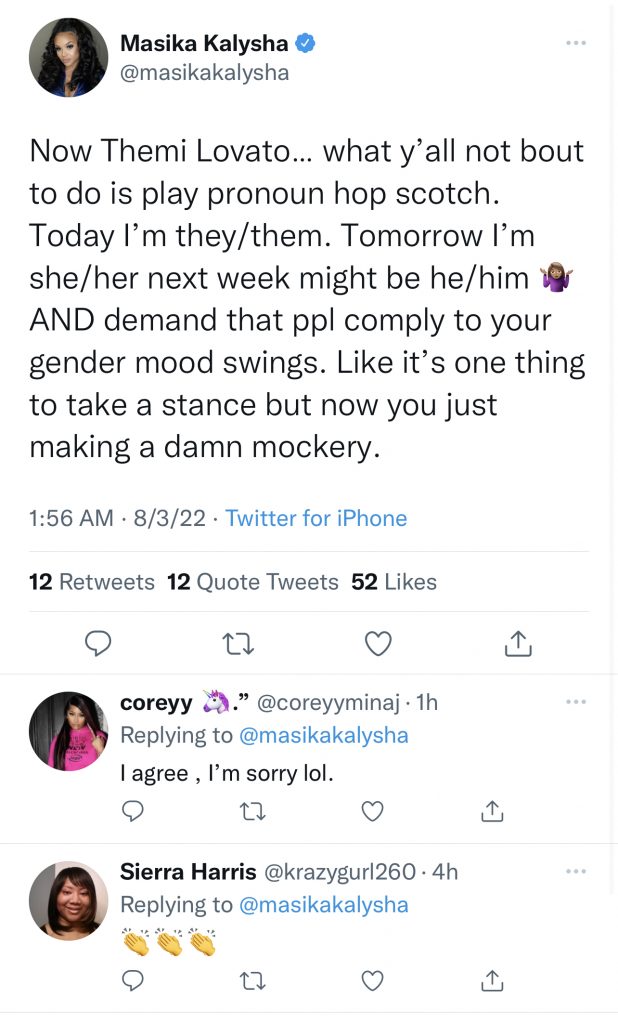 Now Themi Lovato… what y’all not bout to do is play pronoun hop scotch. Today I’m they/them. Tomorrow I’m she/her next week might be he/him 🤷🏽‍♀️ AND demand that ppl comply to your gender mood swings. Like it’s one thing to take a stance but now you just making a damn mockery.

Demi Lovato is now "detransitioning", which for her means switching pronouns (again).

Many kids she helped to misinform about transgenderism are not as lucky, and won't make it out without missing body parts.

Demi Lovato, a grown adult, switches her "gender identity" every 12 seconds. Meanwhile children are drugged and surgically mutilated — their bodies permanently altered — based on their own "gender identity" declarations, which are even more fickle and subject to change.

demi lovato saying she uses she/her again and seeing tweets going viral making fun of nb ppl.. i sense non binary-ism got too popular and is finally going out of fashion