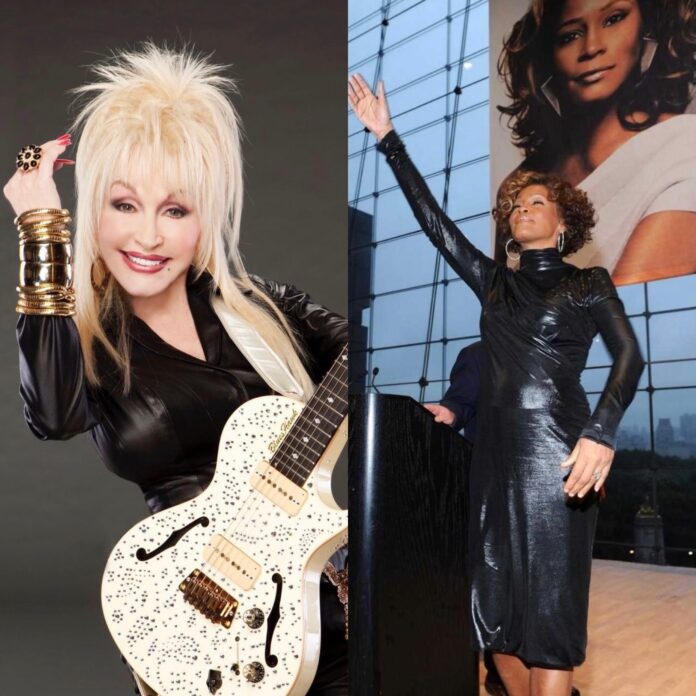 Most of us are old enough to remember when Whitney Houston redid Dolly Parton’s 1973 song “I Will Always Love You”.

It was the first time we had ever heard the song, as a matter of fact, some of us thought it was a Whitney original when it debuted on the soundtrack for her 1992 movie “The Bodyguard.”

The truth is Whitney Houston’s version became one of the best-selling singles of all time and because of its success, Dolly Parton reportedly collected around $10 million in Royalties, according to Forbes.

Parton is still collecting checks to this day, and when Whitney Houston died, the song re-entered the charts which meant more money for the country singer.

On Andy Cohen’s WWHL, he asked the singer what she spent the money on? Dolly Parton shared that she purchased real estate in Nashville in the middle of an area mostly occupied by black folk.

“I bought my big office complex down in Nashville,” she told Andy Cohen on Thursday’s episode of “Watch What Happens Live” (via Yahoo). “So I thought, ‘well this is a wonderful place to be.'”

“I bought a property down in what was the Black area of town, and it was mostly just Black families and people that lived around there,” she continued.

“And it was off the beaten path from 16th avenue and I thought, ‘Well I am going to buy this place, the whole strip mall.’ And thought, ‘This is the perfect place for me to be,’ considering it was Whitney.”

“So I just thought this was great, I’m just gonna be down here with her people, who are my people as well,” Parton said.

“And so I just love the fact that I spent that money on a complex. And I think, ‘This is the house that Whitney built.'”

In a November appearance on Apple TV+’s “The Oprah Conversation,” Parton recalled what it was like to hear Houston’s rendition of “I Will Always Love You” for the first time.

She explained that she unexpectedly heard the song on the radio when she was driving and didn’t immediately realize it was her song.

“I was shot so full of adrenaline and energy, I had to pull off, because I was afraid that I would wreck, so I pulled over quick as I could to listen to that whole song,” Parton told Winfrey, according to Yahoo.

“I could not believe how she did that. I mean, how beautiful it was that my little song had turned into that, so that was a major, major thing.”

Normani Critisized For Working With Chris Brown In His Latest Music Video – “why would normani do this to her own career?”