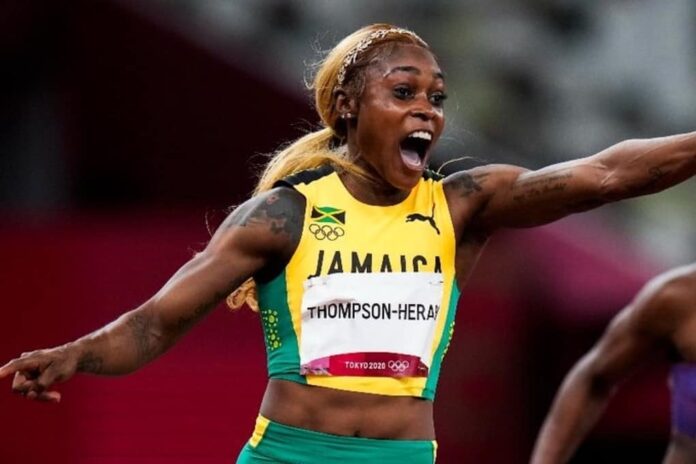 She is the fastest woman alive! During the race you can see Elaine pointing at the score board because she knew when she crossed that line she would have defended her title and lead the team to sweep the medals for the day.

Elaine ran 10.61 in comparison to Griffith Joyner who set the record of 10.62 at the 1988 Seoul Olympics. Shelly-Ann Fraser-Pryce took the silver medal and Shericka Jackson moved into third at 10.76.

According to ESPN no Olympic champion had broken 10.7 since Flo Jo back in the day. Thompson-Herah wasn’t sure she would either as she approached the finish. But “I knew that I won,” she said.

“The pointing, I don’t know what it means. To show that I was clear,” she said.

Congratulations my girl, we likkle but we tallawah! 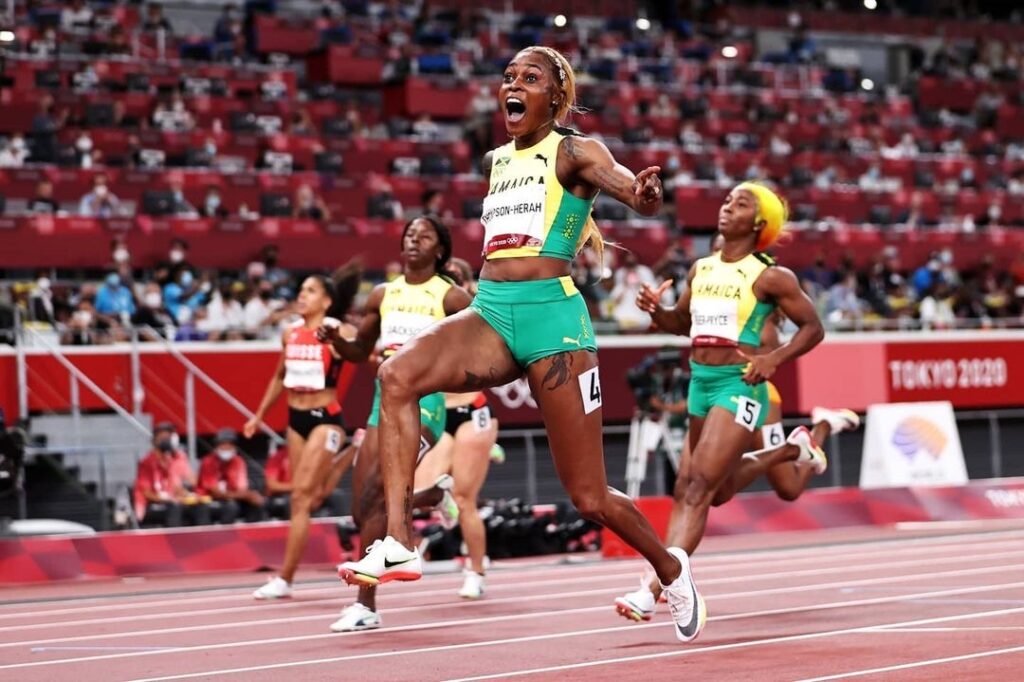 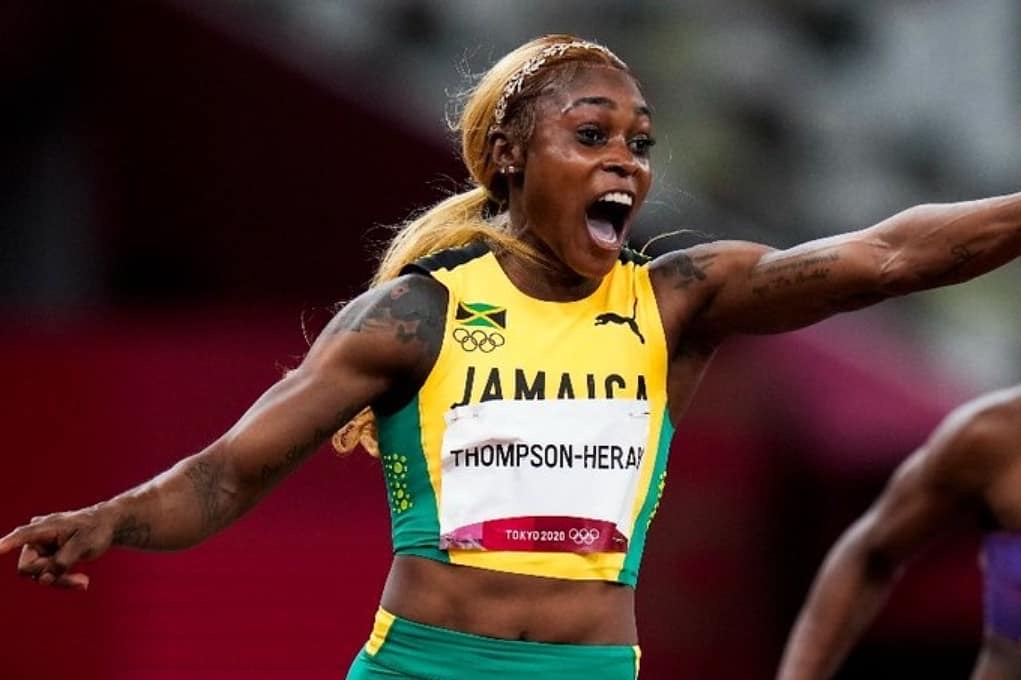 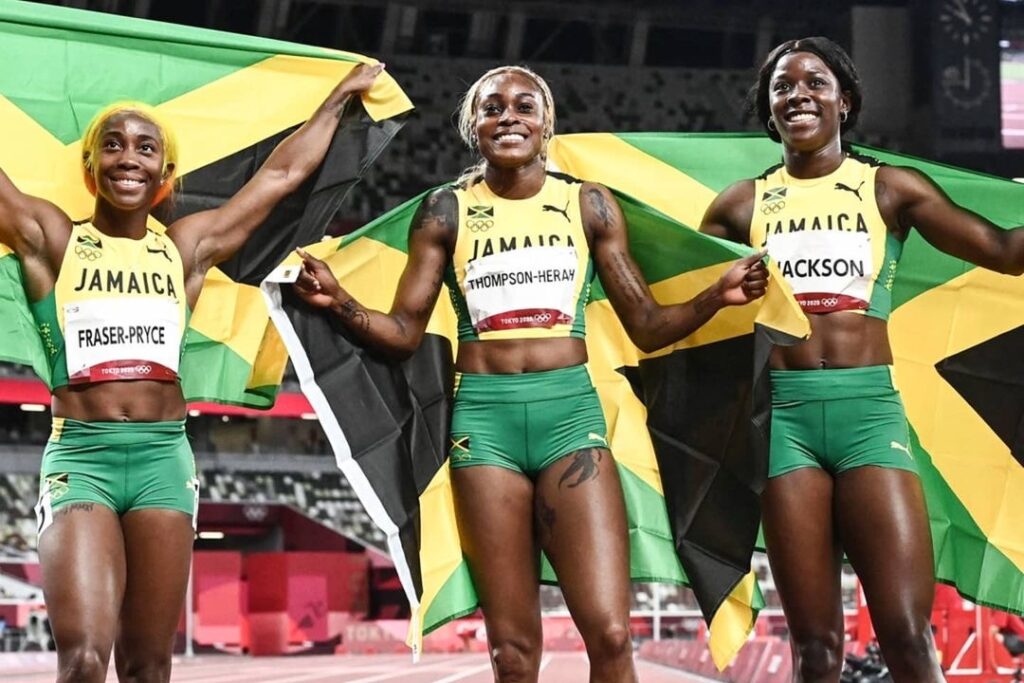 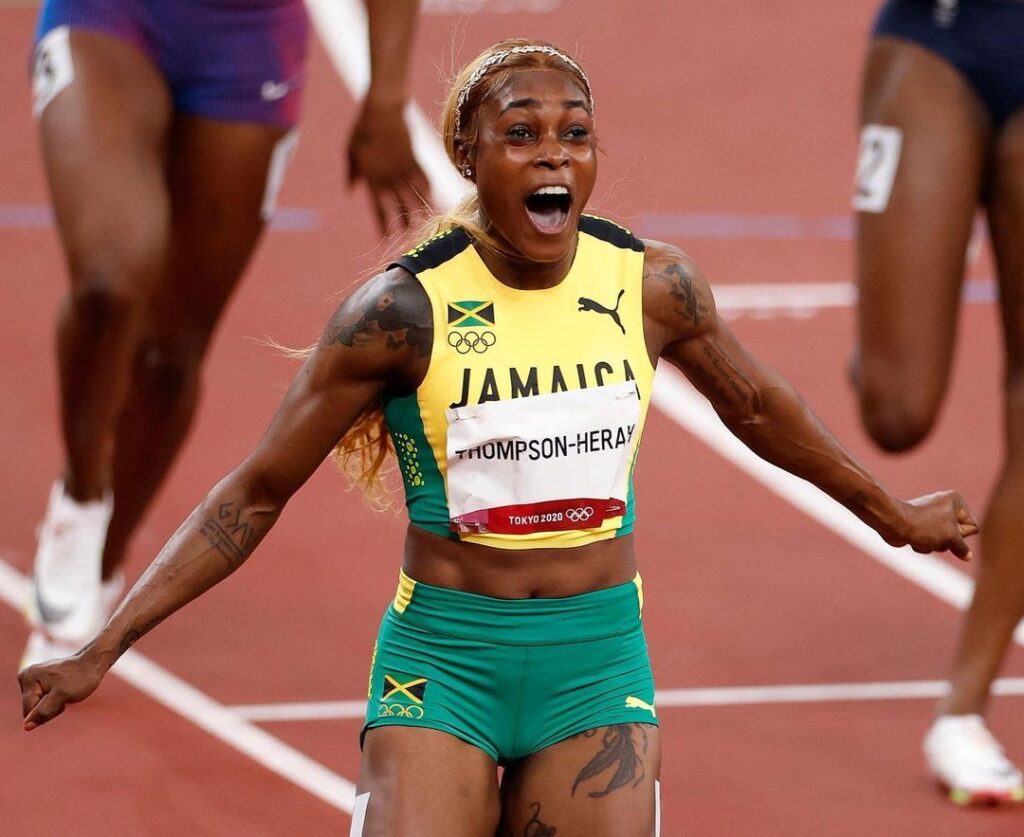 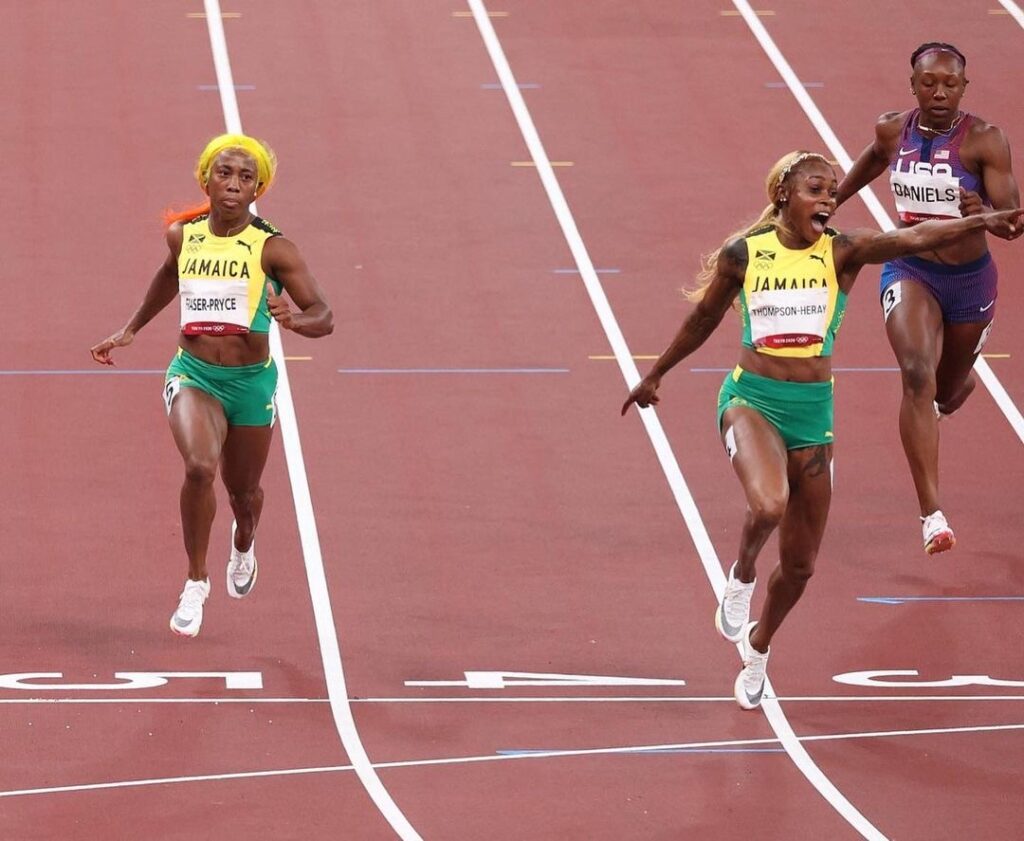 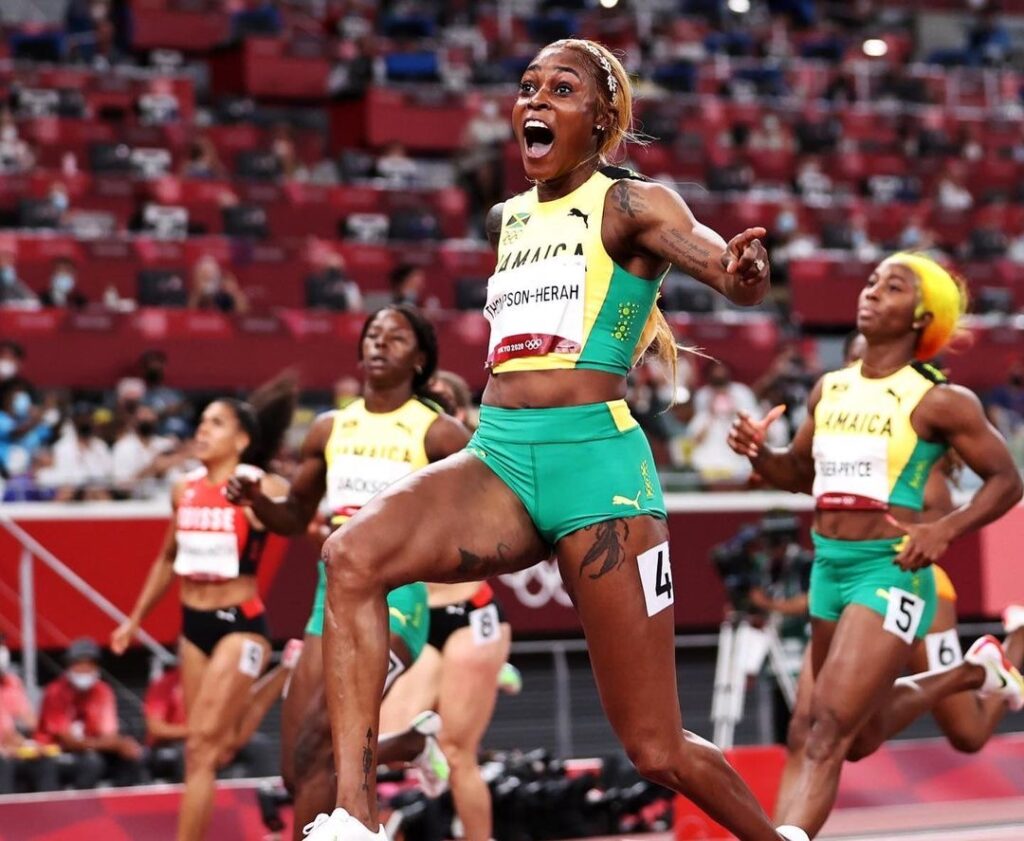 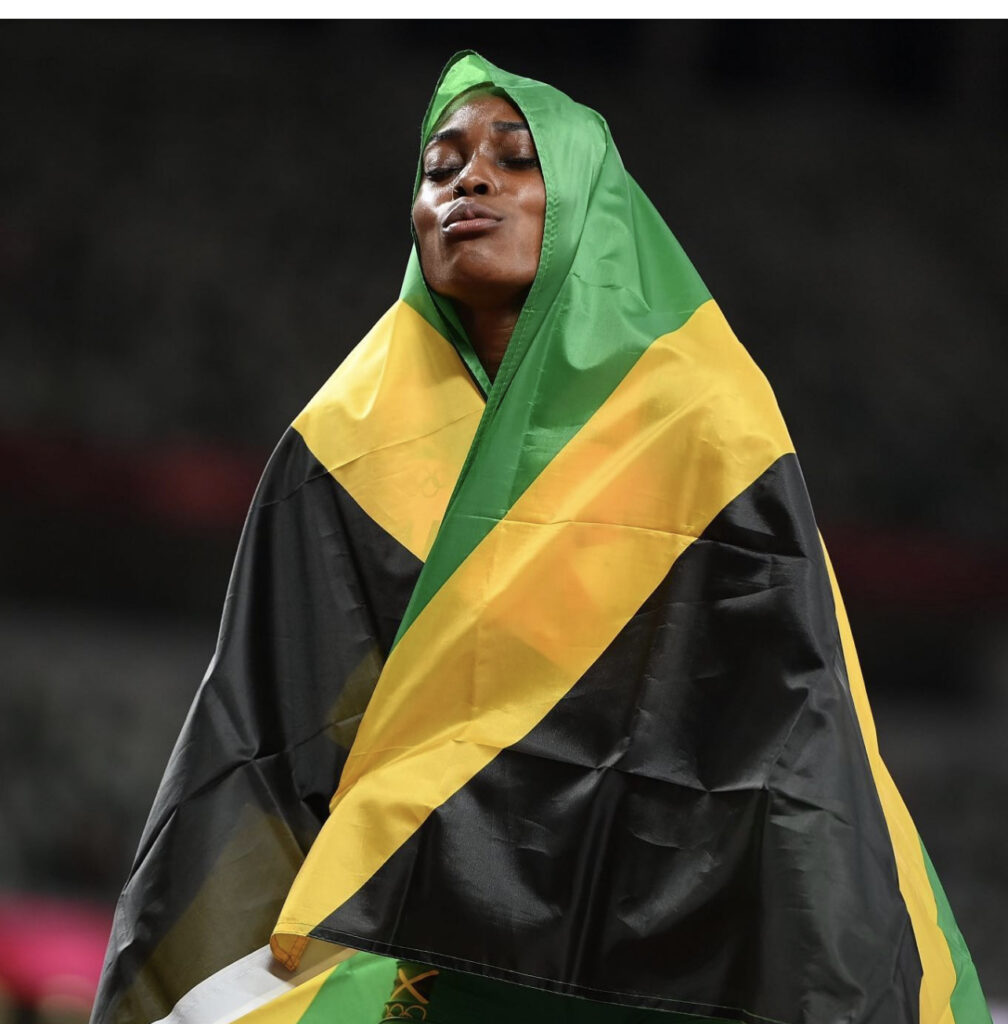 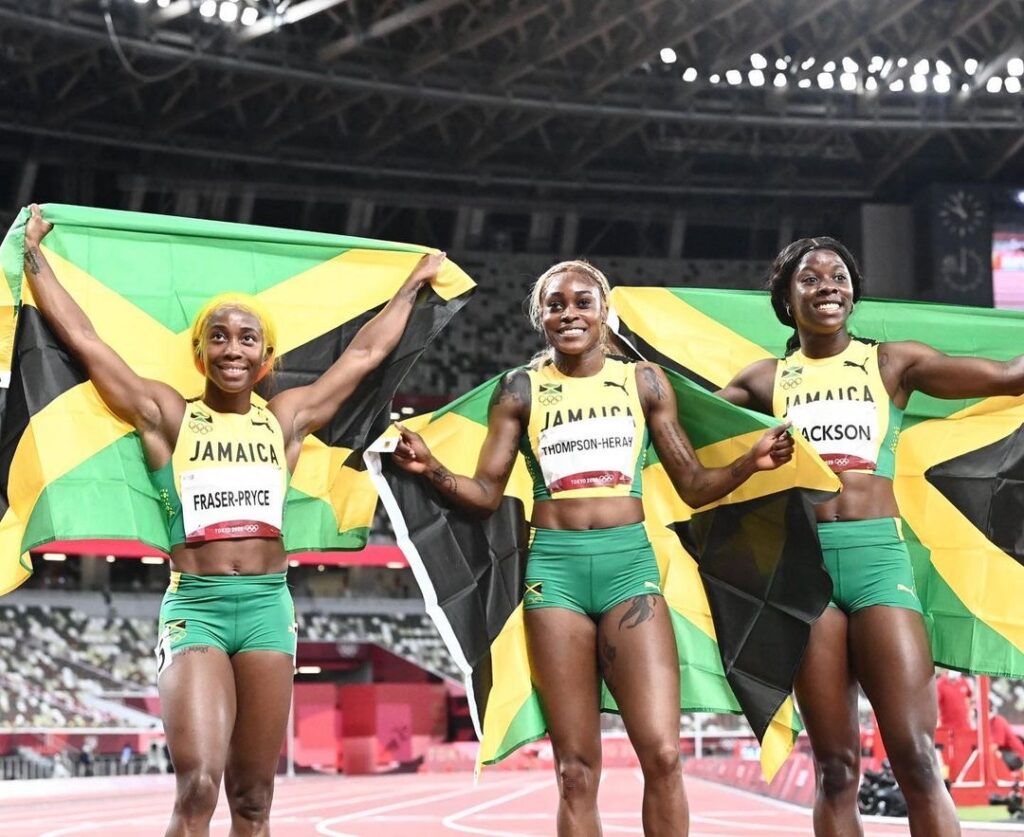 sis BIG UP YUH BC self!