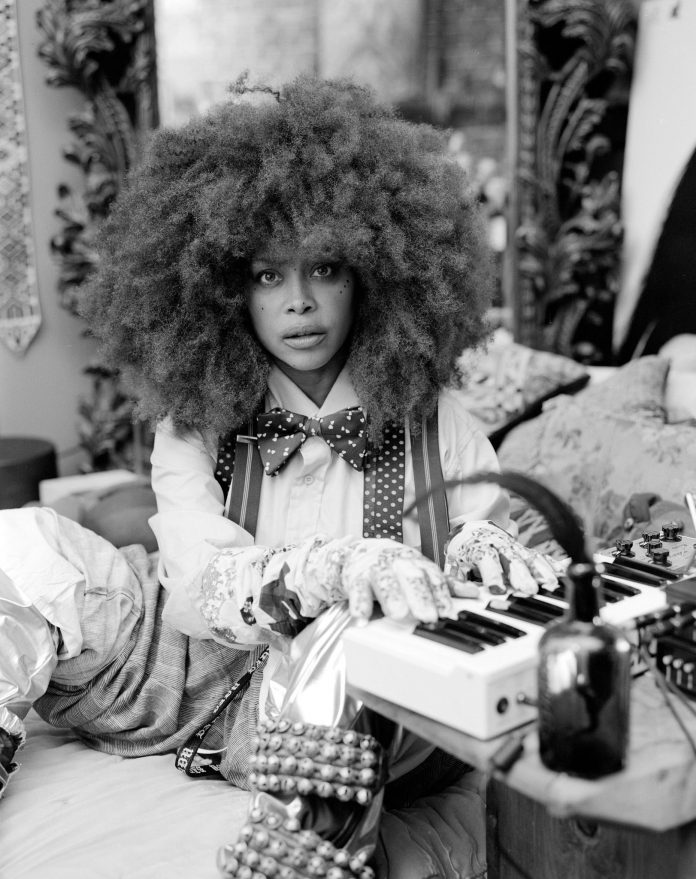 We all know that Erykah Badu has always been an ‘out of the box’ artist, and when the COVID pandemic halted concerts the neo-soul singer admitted that she wanted a new artistic business model.

In other words, a pandemic was not going to stop her from showing up and getting paid for her worth even if the concert was in her bedroom.

Erykah Badu shared some of the details of her interactive show and her thoughts on “COVID” concerts with the NY Times and it was pretty inspiring.

For me, it was the underlying lesson about making more than just “the best” of a situation, but using it to evolve into something special. Most of us are faced with this every day!

Below are excerpts of what she shared: 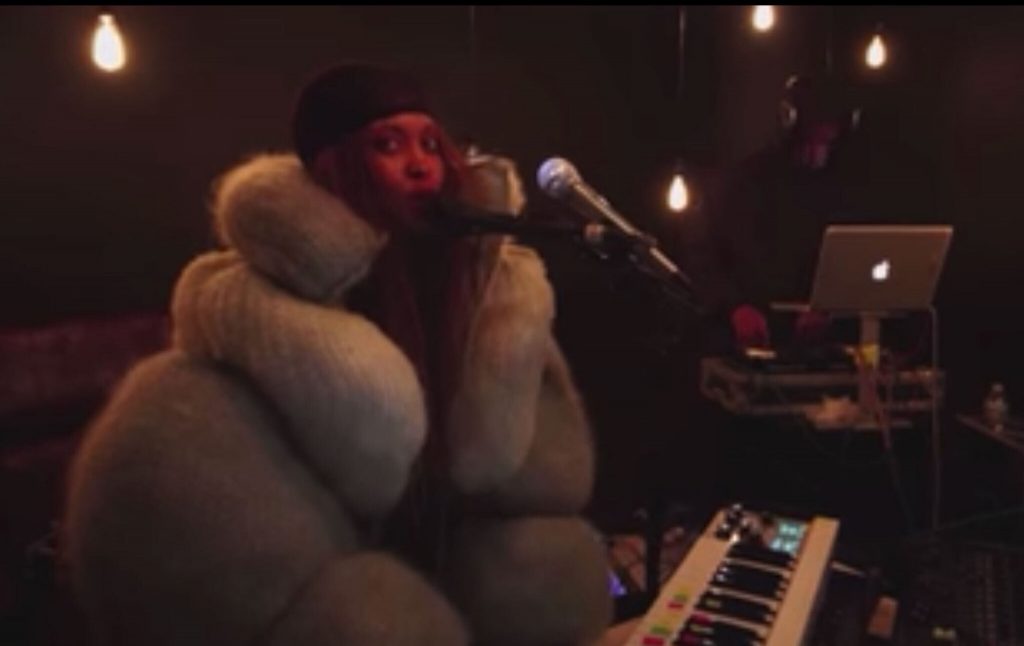 “I’ve been touring for eight months out of the year for 22 years. This is the way that I had made my money,” Badu said.

She had family to take care of, and crew that have been part of her team for two decades.

So she created a high-production, interactive live show from her home (The Quarantine Concert Series: Apocalypse, Live From Badubotron), charging fans $1 to watch.

And then she did it twice more, charging a little more each time — three increasingly elaborate live-streamed performances in the space of a month, with costume and lighting changes, and fans voting on the setlist and even what room she would perform in.

In the last concert, she and her musicians appeared to be inside clear giant bubbles.

“Every day and night, I was working and moving and experimenting and learning from mistakes quickly and fixing them,” she said.

According to a spokeswoman, over 100,000 people tuned in. And now she doesn’t even miss being on the road: “A little piece of me dies every time I have to leave my home.”

The process energized Badu, 49, a mother of three who lives in Dallas, where she’s also a doula.

“All of a sudden, I’ve been resurrected in some kind of way with new ideas and thoughts and releases of things that I didn’t even know I was holding onto,” she said.

She had already started to branch out, in February, with her website Badu World Market, which offers merchandise — the Badu vagina-scented incense immediately sold out — and female-centered community.

She plans to launch an apothecary line there next, and she’s taking classes to learn how to code.

In a recent video interview from her living room (thronelike chair from India, D.J. setup, a Nefertiti sculpture wearing sunglasses and headphones, a fireplace with an eternal flame), Badu described her vision for a new livestream company.

She ate dinner during the conversation, which started with dessert, a homemade lemon-lime-agave Popsicle.

And she showed off the notebooks that she uses to catalog her ideas: a black Moleskin, and another, replete with color-coded tabs, that was a vintage spelling book. “Because what I’m doing is, I’m casting spells, girl.”

These are edited excerpts from the conversation. 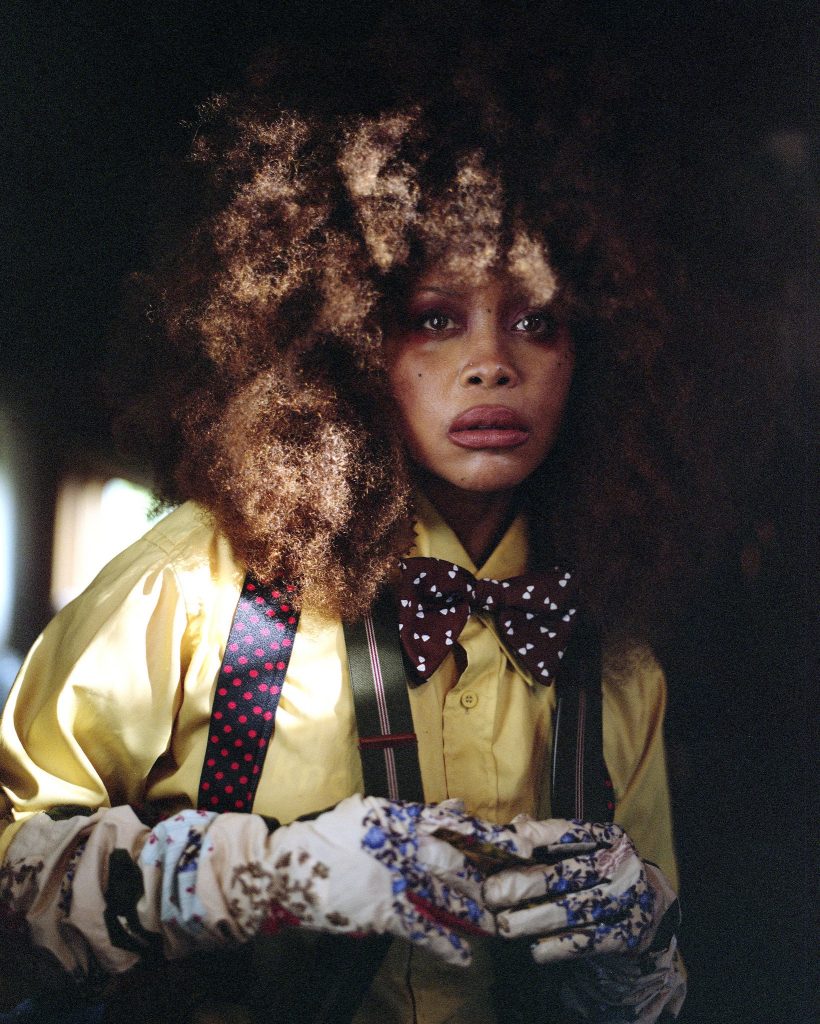 How did you come up with this idea?

First thing we had to figure out was what am I, besides this touring artist? And I quickly found out that I was many more things.

It all came simple to me really quickly, as if I had been downloading the program through the Matrix.

Take me through the technical setup.

I didn’t want to just put a phone on a tripod. I had to keep up my team’s morale and keep them employed. I wanted the user to be able to interactively choose which songs we sing.

When you’re in the studio, you’re perfecting a moment — you get to go back and fix it. But when you’re doing something live, you’re creating a moment and delivering it at once, and I wanted the audience to feel like their money not only got them into the show, but they also got to help create the moment.

These are edited excerpts from the conversation with Erykah Badu

How did you come up with this idea?

First thing we had to figure out was what am I, besides this touring artist? And I quickly found out that I was many more things.

It all came simple to me really quickly, as if I had been downloading the program through the Matrix.

Take me through the technical setup.

I didn’t want to just put a phone on a tripod. I had to keep up my team’s morale and keep them employed. I wanted the user to be able to interactively choose which songs we sing. When you’re in the studio, you’re perfecting a moment — you get to go back and fix it.

But when you’re doing something live, you’re creating a moment and delivering it at once, and I wanted the audience to feel like their money not only got them into the show, but they also got to help create the moment.

You’ve said that the minimal fee you were initially charging is not sustainable. Have you landed on a better way to price this?

I’m coming up with that, and I’m coming up also with the energy to be comfortable with that. Maybe a monthly fee is better than a one-time fee.

It’s very important for us to be focused and organized right now, and also having places to release feelings of guilt and the feelings of suppression and pain and distance.

And a lot of those things are released through music. Just creating the right vibration around the market will help people understand why it’s valuable to us at all.

Did you make any money from your streamed shows?

I made a little bit more each time. Basically, I just wanted to be able to keep those [staff] people paid, to break even and make sure that I didn’t, you know, make any foolish purchases.

And I also wanted to make sure that this model could actually work. Now that I know it can actually work, I know what I need to do to be profitable with it.

Do you track the data? Do you know where people are watching from, for example?

Definitely. We are very keen on checking the data and the stats. We know the demographic and the age group and the geographical places where we’re more welcomed. My following has had a steady pace.

I perform to the congregation, pretty much. I was just surprised to see how many other people were watching, excited for us.

What did you miss about tour shows?

I didn’t miss it. I’ve always wanted to perform from my bed at home. I’m the laziest artist probably in Dallas. I never wanted to do the packing and going through the car and luggage and the hotel and, “What’s the password? What’s the internet?” You get tired after years and years of doing it, you know?

I enjoyed the moment when the audience and the artist become one living, breathing organism when the band and I are locked in. I miss that synergy and energy between me and the audience. But I found a new way to express that, and it doesn’t take its place. It just evolved it to another place. 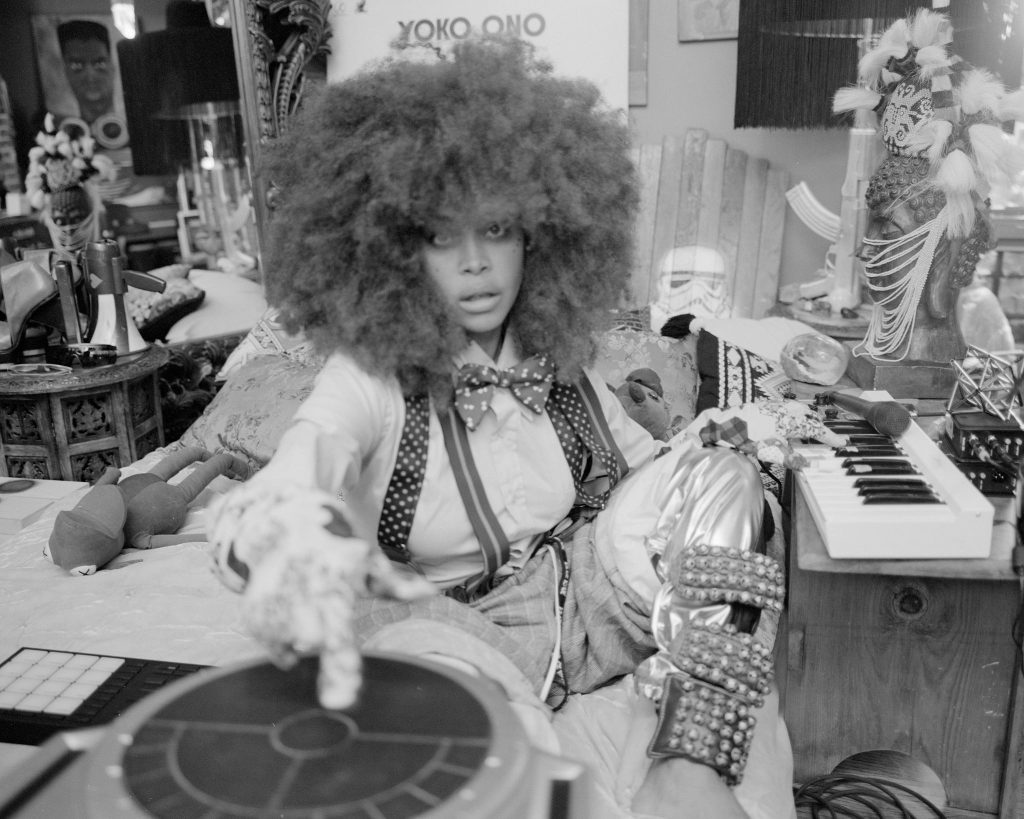 As a woman of color in a white male-dominated industry, do you think owning your own platform, and asking to be paid what you’re worth, directly, is revolutionary and challenging in its own right?

Oh yeah. If I was doing a live show anyway, I’m going to get paid what I’m worth at this time in my career. I had to build that reputation from February 1997 [when “Baduizm” was released] to now.

This is a whole new arena, and I’m willing to do the work. I’m going to have to build that reputation again to show this industry that I can deliver the things that I say I’m going to deliver, because there is a network in place already for this.

And me, as a woman and as a nonconformist, building something outside of that network, is always going to be difficult. I know that already.

Now, they’ve got to figure out how we’re going to count my streams and deliver on time, and the publishing company had to get involved. I’m building a new machine. I may face a few obstacles.

But I’m not even thinking in those terms. I’m not in a rush — I don’t think it’s a race because I don’t think that there’s anyone else who’s doing exactly what I’m doing. I’m willing to study and learn how this thing works because I definitely want to be in this game.