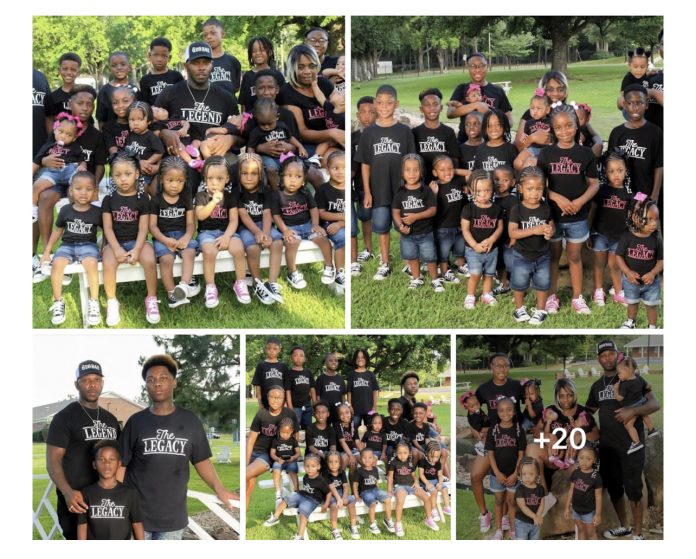 What should have been a proud and happy moment quickly went South after a father of 33 shared pictures of himself and his children on social media.

Demond George wrote in his caption on FB: “The Legend The Legacy will live on forever” and thanked his baby mothers for helping him to make “the day possible”.

Then he shared about 20+ pictures of himself with various sets of his children. 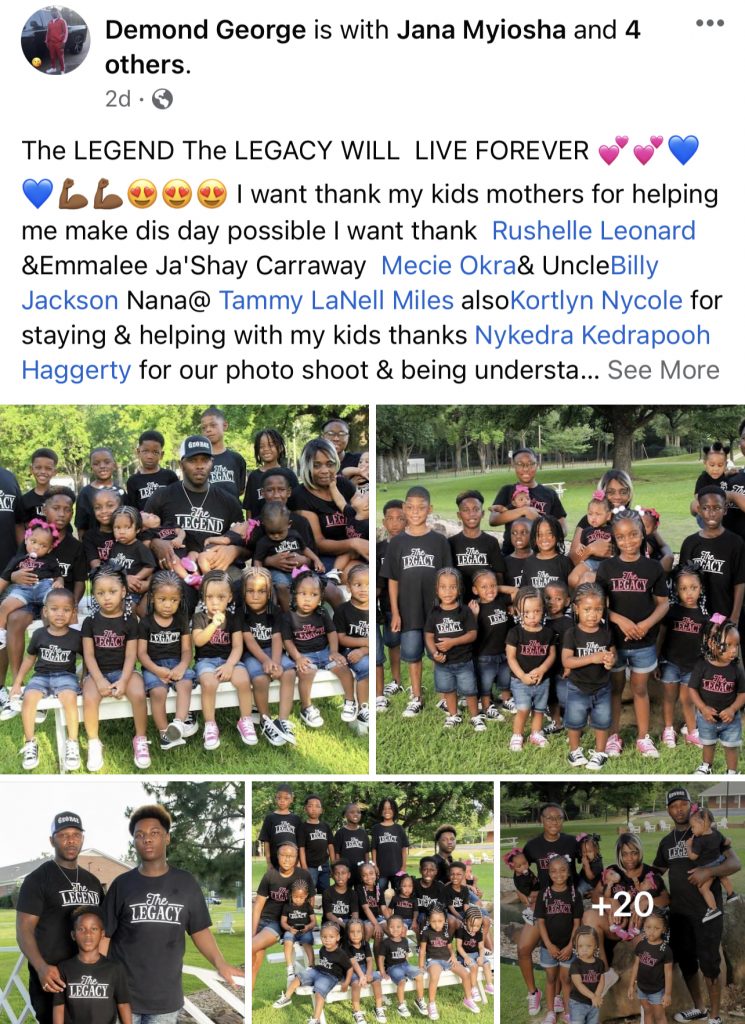 The post has been shared over half a dozen times with over two thousand comments.

It even made its way to Twitter and people are triggered, by the father’s proud moment.

Instead of being happy for him, many are calling him out for being reckless and irresponsible.

33 children. This is so irresponsible and nasty. pic.twitter.com/y4kLJZIVAg

F'Ng disgusting ain't nothing at all cute about men with multiple children all over the world. 33?? Likelihood high as they get older, have children that someone may end up involved with someone they related to bc of him. His D*ck ain't that good TF 😢😡 https://t.co/RTMQMdSrMw

33 children??? If “be fruitful and multiply” was a person😂😂 @IamBibssss pic.twitter.com/ohQ8LXttbV

ain’t no way in hell he had to be a sperm donor there’s no reason he willingly wanted 33 children https://t.co/JEKkBytw7p

Having 33 children is crazy 😵‍💫 pic.twitter.com/EmFKxk1iac

Having 33 kids is not a flex nor accomplishment. How can you be a good existing father in these children’s homes when you got too damn many. Now if this was a women, y’all would be dragging her calling her all types of names. https://t.co/WtNzwiI4FD

Not everyone disagrees with this father’s choice to have 33 children, one Twitter user compared him to Nick Cannon, saying: “That why Kings had multiple wives… man seed was to spread and as statistics tells it this year alone was the lowest birth rate in a generation so Kudos to him n Nick for repopulating the earth.”

another said:
As long as he can provide them with the necessities and being a good parent to each of them, there is nothing wrong with this.

But still, people could not let go of the fact, that he is just one person and children need the attention and nurturing of a father.

One user said:
I saw his fb live vid. All he kept talking about was having money to support them. Meanwhile, children need time and attention to be nurtured. He totally missed the point

Another questioned if he truly understood what ‘legacy’ means.

What is the legacy? Seriously, what is it? All you gotta do is make children to have a legacy? Something doesn’t seem right about that.

According to some recent statistics, roughly 25% of all children in the United States live with only one parent, and that’s usually their mother, and broken homes statistics show that around 21% of American kids are growing up without a father.