Can we talk about how cute Gabriel Union looks on this month’s digital issue of Marie Claire? Styled by her business partner Larry Sims, Gabriel Union joins Marie Claire in a conversation about making a statement.

According to their post, they did a deep dive into 5 things:

Can we get into this style though: 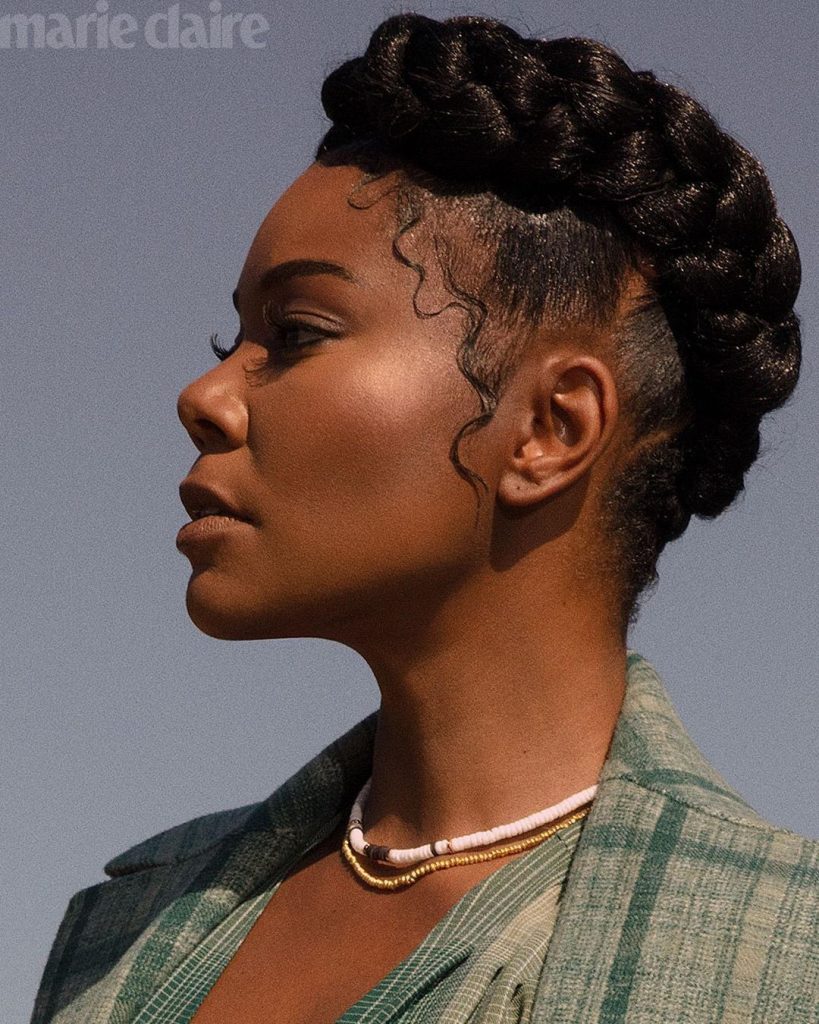 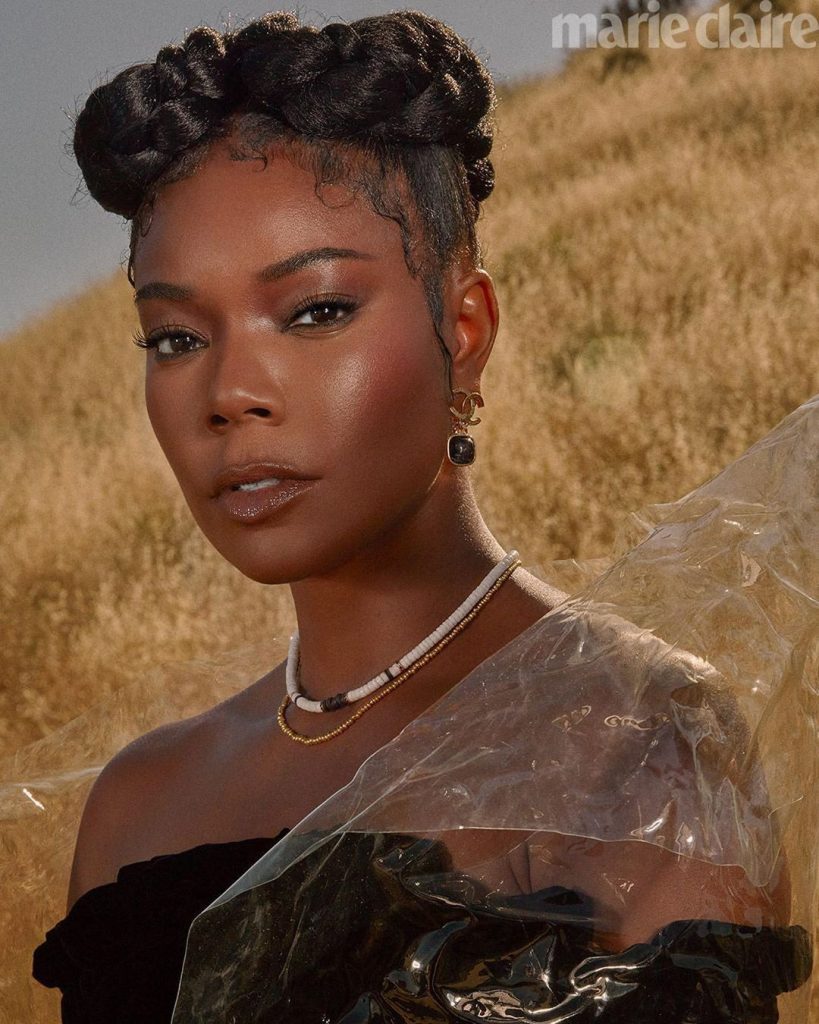 Welcome to October! This month’s digital issue is all about making a statement. At the link in bio you’ll find: ✨The incredible Gabrielle Union speaking up and speaking out about her career, being Black in 2020, and why she won’t stay silent. ✨A deep dive into the question ‘What if women’s suffrage never happened?’ that highlights how vital it is that women vote. ✨A celebration of baby hair, plus some history and inspo of artful loops, swoops, and swirls. ✨An ode to Pumpkin Spice, the ultimate fall (fashion) palette. ✨And a profile on the man who just could be America’s first second gentleman (or whatever he’s going to be called).

This summer she relaunched her hair-care line, Flawless by Gabrielle Union, after a three-year hiatus. The products are made with natural ingredients and have a budget-friendly price tag. (Nothing in the line costs more than $10.)

“We wanted to make sure that no matter what your socio-economic status is, you’re able to buy these products,” says celebrity hairstylist Larry Sims, Union’s dear friend and partner in the endeavor.

“It wasn’t about creating these huge margins and how much money we could make.”

Sims and Union have been playing with the Flawless blowout cream today, and judging from the way she’s stroking her freshly washed tresses, she’s clearly happy with the results. “It’s been a journey,” says Union, who has spoken openly about losing her hair following IVF.

It’s all too fitting that we’re chatting about the state of her hair, given that the policing of it was one of the many “microaggressions” Union claims she endured while at AGT.

She signed on to the series last year thinking it would be fun. It wasn’t. The show’s producers gave her “excessive notes” about her appearance, she says, and allegedly called her hairstyles “too wild,” which Union believes was code for “too Black.”

She maintains that her ability to rock an assortment of looks should’ve been viewed as a bonus and not a liability. “That is the beauty of being a Black woman,” she declares.

“I should be able to exist however the f*** I want to exist, because if you’re hiring Gabrielle Union for my talent, then my talent is going to come out of my body in every way, shape, and incarnation that I can imagine. You’re getting more bang for your buck the more you allow me to exist as I see fit.”

To skeptics who’ve suggested that Union’s case is less about rampant racism at NBC and more about retribution for being fired from AGT, that the indignities she endured weren’t all that bad and that she made waves to generate publicity, she says.

“That very sentiment is how all of this has been allowed to go on for centuries; that kind of gaslighting, I categorically reject. 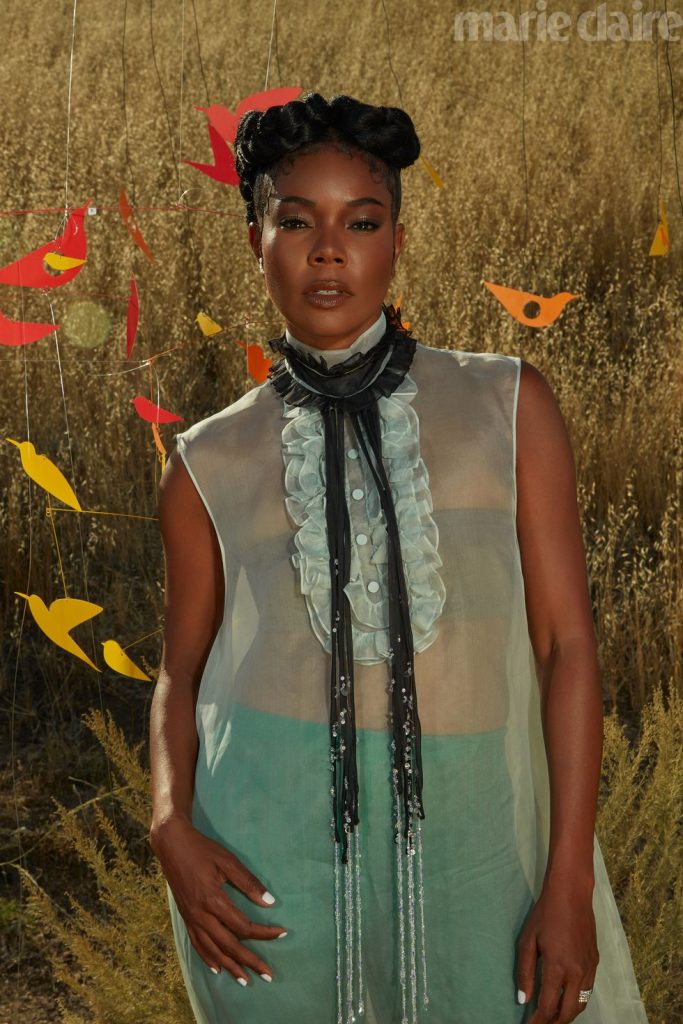 You are not going to gaslight me into minimizing my trauma, which is exactly what allows this to continue on for the next person.” She credits age with her newfound outspokenness.

In the past, she’d often make herself as “small and palatable as possible” for fear of being labeled difficult or—even worse—angry, which only made her, well, angry. She has referred to the rage she once harbored as a “festering stew of poison and venom in my belly.” Years of weekly therapy has helped a great deal.

Turning 40 was also liberating. After hitting that magic number, “I emptied out my basket of f***s,” she reveals. “I cannot center fear in my life.

I can’t center functioning from a fear of scarcity. They say silence is violence, and I refuse to be complicit in my silence. I have to be fully present in my body and fully free.”