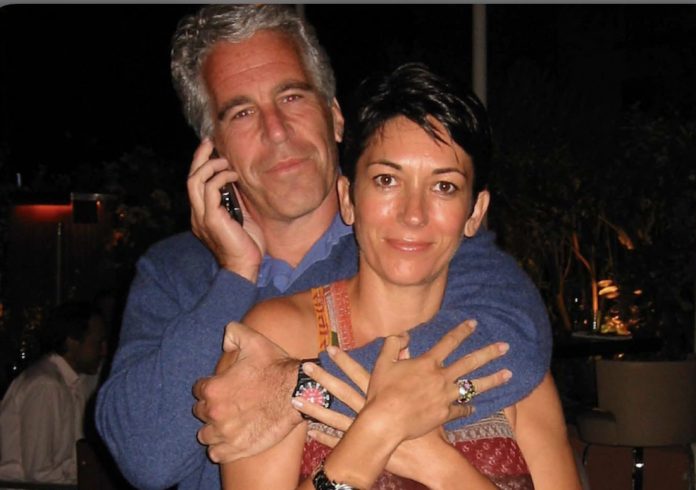 Ghislaine Maxwell has been sentenced to 20 years in prison Tuesday for her role in helping powerful pedophile Jeffrey Epstein abuse young girls,

According to the NY Post Prosecutors asked the judge to sentence Ghislaine Maxwell to at least 30 years so that her punishment “sends a message that those who conspire with sexual predators will be held responsible for their significant role in these crimes.”

“Maxwell was an adult woman and she made choices, week in, week out for years to commit crimes with Jeffrey Epstein, to be his right hand, to make his crimes possible. Those choices were hers and they have to have serious consequences,” Alison Moe said.

“These girls were just kids,” Moe said about the victims, adding that Maxwell trapped them in a “horrifying nightmare.”

“These are the actions of a person who is indifferent to the suffering of other human beings.”

Judge Alison Nathan allowed testimony from all of the victims, who described their encounters in great detail.

Elizabeth Stein, who said she was “assaulted, raped and trafficked countless times” in New York and Florida over three years, told the judge that Maxwell “fed me” to pedophile Jeffrey Epstein.

“Overcoming what happened to me became my decades-long, full-time career,” she said in court.

“For over two and a half decades, I felt like I was in prison. [Maxwell] had her life. It’s time to have mine. She needs to be in prison so her victims can all finally be free.”

Sarah Ransome broke down in tears as she addressed the court. She described her harrowing attempt to escape from Jeffrey Epstein’s island by trying to “jump off a cliff into shark-infested waters.”

“Like Hotel California, you could check into the Epstein-Maxwell dungeon of sexual hell, but you could never leave,” she said.

Ransome broke down as she told the judge, “I frequently experience flashbacks and wake up in a cold sweat from nightmares reliving the awful experience.”

She said she twice attempted suicide, adding, “I know that only by the grace of God do I continue to live.”

A lawyer for Virginia Giuffre is reading a statement on her behalf describing how Ghislaine Maxwell lured her into Jeffrey Epstein’s orbit after meeting her at Mar-a-Lago when she was a teen.

“Together, you did unthinkable things that still have a corrosive impact on me to this day,” the statement said.

“You could have put an end to the rapes, the molestations, the sickening manipulations that you arranged, witnessed and even took part in. You could’ve called the authorities and reported that you were a part of something awful.”

She added: “There is not a day that goes by that I don’t ask, ‘Why?’ Why, Ghislaine, did you enjoy hurting us so much?”

“Ghislaine, you deserve to spend the rest of your life in a jail cell. You deserve to be trapped in a cage forever, just like you trapped your victims.”

Kate, a British model who testified against Ghislaine Maxwell at her trial, said the disgraced socialite’s victims are “united to bring justice to a common enemy.”

“No person should be shielded from the consequences of their actions,” she told the court.

She described Maxwell as a “manipulative and cruel” person who has shown a “lack of remorse … for how she ruined the lives of countless women and children.”

Kate added that she spoke at the sentencing to say: “Enough is enough.”

Staring at Maxwell, she said, “Today I can look at Ghislaine and tell her that I became what I am today in spite of her and her efforts to make me feel powerless and insignificant.”

“I felt tremendous survivor’s guilt,” she said. “This toxic combination of being sexually exposed and exploited, feeling confused and blaming myself, all results in significant shame.

“The number of people harmed is impossible to measure,” she said, as Maxwell avoided looking at her.

Ghislaine Maxwell also addressed the court before her sentence she said:

“It is hard for me to address the court after listening to the pain and anguish expressed in the statements made here today,” she said, referring to the victims who spoke earlier.

“I believe that Jeffrey Epstein was a manipulative, cunning and controlling man who lived a profoundly compartmentalized life and fooled all of those in his orbit,” Maxwell told the court.

She said the pedophile financier, who killed himself behind bars in August 2019 while awaiting trial on sex-trafficking charges, “Should have been here before all you.”

But she admitted, “Today is not about Epstein. It is for me to ultimately be sentenced.”

She then looked at her victims saying, “I am sorry for the pain that you experienced.”

“I hope my conviction and harsh incarceration brings you pleasure.”

Judge Alison Nathan, mulling the sentence, said that Maxwell “is not being punished in place of Epstein or in proxy of Epstein.”

She also said the fact that Maxwell was wealthy and that the case was high profile wouldn’t affect her decision.

“Whether you are powerful or entirely unknown, nobody is above the law,” she said.