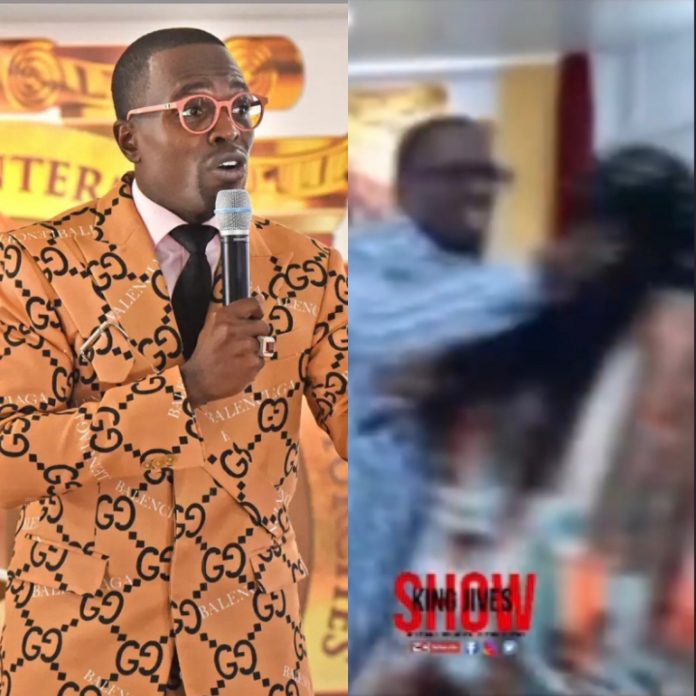 Update 09/18/2022 2.49PM: Pastor whitehead has been arrested according to multiple sources online.

The woman known as TarshaGlobal on Instagram shared video of the injury to her neck after the alleged assault.

High-profile Pastor Bishop Lamor Whitehead who went viral after a video surfaced of Gunmen bursting into his church and making off with more than $1 million worth of jewelry from him and his wife, is again going viral.

On Sunday, during his Livestream, many watched as a woman approached where he was standing and he physically seemed to aggressively push a woman out of the shot of the camera.

Later in the video, he explained that he felt threatened and that she was walking toward his ‘baby’ who recently had a gun in her face.

He said, you can walk towards him, but not his family, saying he will always defend his family.

I could not be in that church. my pressure went up just watching this.https://t.co/uvgMiTGKbq

Recently according to the New York Post, Whitehead has filed a $20 million lawsuit against Youtubers who have called him a scammer.

Saying they have had a “negative effect on his “income” amongst other things.

Both men publicly claimed Whitehead was a scammer, among other things, leading the plaintiff to lose “business deals, church members, and income,’’ the suits say.

Jives — whose full name is Demario Q. Jives — claimed on his YouTube channel last month that Whitehead “is wearing the same jewelry that [he] got robbed in,” according to court papers filed in Kings County court on Friday.

Jives also allegedly accused Whitehead of “drug dealing” and collaborating with “the Bloods and Crypts.”

We are not sure what caused today’s altercation or why the woman was physically removed from the church.