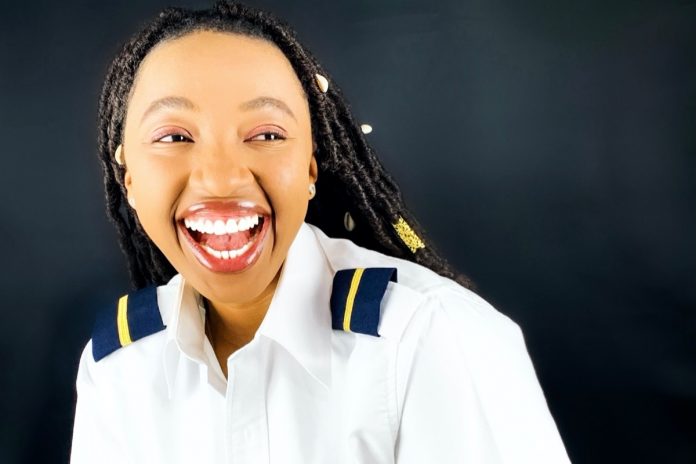 The Nigerian-born is joining the 1% of Black woman pilots who work with major commercial airlines all around the world.

Still just 24 years old, Miracle is currently training so she can become a Commercial Airline Pilot.

This, in essence, will make her the youngest Black female Commercial Airline Pilot.

Both of her parents are Nigerian, and according to Miracle, she grew up in an environment that tried to discourage and dissuade her.

Because of being a woman, many people around her did not take her ambitions seriously.

However, she did not let this get to her.

If anything, it only fueled her drive to succeed and make her dreams real.

Miracle had dreamed of becoming a pilot ever since she encountered one while working as a customer service representative.

She knew that the journey to becoming a pilot would not be straightforward or easy.

However, her determination did not waver.

Miracle officially became part of the aviation industry when she joined American Airlines as a flight attendant.

She revealed her dream to her father, but his response was anything but supportive.

He claimed that if he ever boarded a plane and saw a woman as the pilot, he would immediately disembark.

Coming from her father, this was a blow.

However, Miracle kept believing in herself and that she would make it despite the odds.

Then, in 2021, she finally got her Private Pilots License.

Her message to the people praying for her is that they should keep doing what they are doing since it’s working.

Miracle is now part of the elite group of 1% of Black women and 7% of all women worldwide who are pilots.

Introducing herself to the world as a Pilot is a surreal yet exhilarating feeling, and it’s something she should bask in; she has earned it, after all.