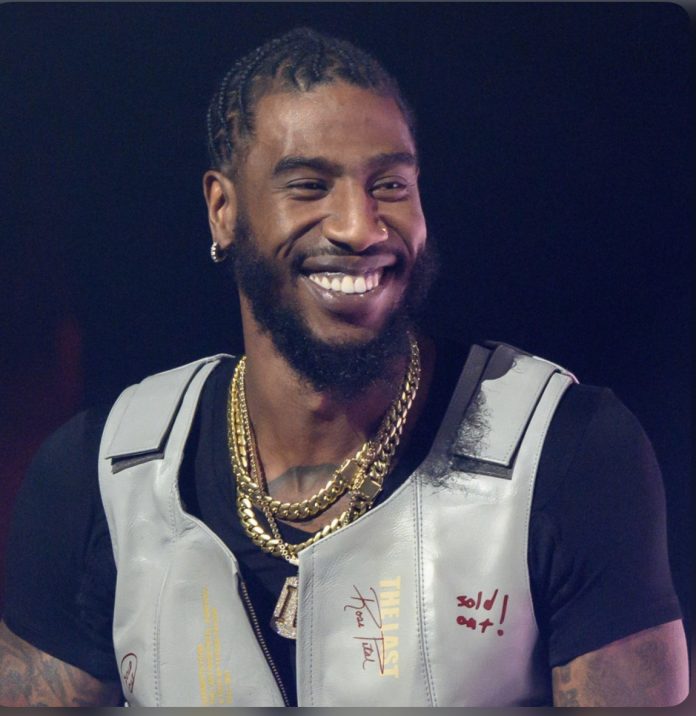 According to TMZ NBA player, Iman Shumpert was arrested for having a “sizeable” amount of marijuana in his backpack at the Dallas/Fort Worth Airport on Saturday … TMZ Sports has learned.

According to the police report, officers responded to a potential drug violation call around 2:40 PM … after TSA screeners found a plastic bag filled with a “green leafy substance” in Shumpert’s bag, which he admitted was weed.

The report adds 32-year-old Shumpert — who was set to board a Delta plane to Los Angeles at 3 PM — expressed concern about missing his trip to visit his daughter … but the responding officer informed him he would not be making that flight, as he was being placed under arrest for marijuana possession.

The report says the 2016 NBA champ was then placed in handcuffs and transported to the airport jail without incident.

The charge is classified as a “State Jail Felony” … meaning Shumpert could face up to two years behind bars and a $10K fine, if convicted.

Cops also claim Shumpert — who also won Season 30 of “Dancing With The Stars” — had a Glock magazine and 14 9mm rounds in his bag … although he didn’t have a gun.

Shumpert last played for the Brooklyn Nets in 2020-21 … and has also suited up for the Knicks, Cavaliers, Kings and Rockets over his decade-long career. He’s averaging 7.2 points a game in his career.

Former NBA player Iman Shumpert arrested in Dallas after TSA found over 6 ounces of marijuana in his bag. pic.twitter.com/ptIukQ6vrH

Iman Shumpert a big dummy you put 6 ounces in your checked bag, not your carry-on. 🤷🏾‍♂️

Carrying 6 zips through the airport is crazy af. Iman Shumpert is a very wild boy 😂

Now why would Iman Shumpert think 6.1 ounces would fly thru the airport without him being arrested?

This was Saturday and the charge is classified as a "state jail felony" + he could face up to two years behind bars and a $10K fine, if convicted. pic.twitter.com/V3itlvVcbj