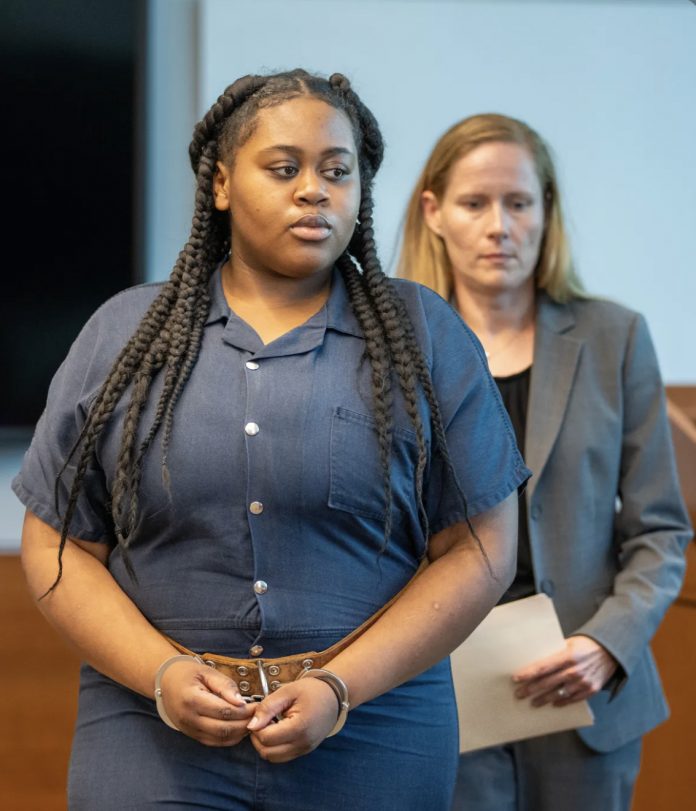 Iowa Teen Trafficking victim Pieper Lewis has raised over half a million dollars through GoFundMe after she was ordered to pay $150,000 restitution fee to his family.

The GoFundMe has $544,359 and climbing with updates published on exactly how it will be used.

The GoFundMe page was launched by Leland Schipper, a former math teacher of Lewis, who described feeling “incredibly proud of her.”

“[T]he judge recognized that Pieper was a victim and a child. He, like almost everyone who knows the details of Pieper’s case, empathized with a girl with no violent history before or after this incident, who saw killing a man as the only way out of a truly horrific situation,” Schipper wrote in a message to would-be donors.

According to the details, the donations will go towards the restitution, Piper’s education and helping more people caught up in sex crimes.

**Update: As the Donations have increased, I am overjoyed with the prospect of removing this burden from Pieper. I have increased the goal and will continue accepting donations above the 200k if we get to that point. The funds will be used in the following ways: 1) Pay off Piepers 150k restitution 2) Pay off the additional 4k in restitution to the state 3) Remove financial barriers for Pieper in pursuing college/university or starting her own business. 4) Give Pieper the financial capacity to explore ways to help other young victims of sex crimes! Thank you! You are all amazing.

“My donation isn’t much , but it’s sent with LOVE,” wrote Michelle Randall, who gave $5.

A man named John Dore, gave $20 and added, “Some laws are bad laws and hurt people who shouldn’t be hurt any further. We made those laws and it’s up to us to fix them. I think you’ve been very brave. May your life be filled with peace, with love, and—especially—with justice.”

Lewis addressed the court on Tuesday, reading from a prepared letter.

“My spirit has been burned, but still glows through the flames,” she said. “Hear me roar, see me glow, and watch me grow.”

We wish her nothing but greatness!