looPiper Lewis, 17 is a human trafficking victim who was initially charged with first-degree murder after she stabbed her accused rapist to death.

According to NBC news, she was sentenced Tuesday in an Iowa court to five years of closely supervised probation and ordered to pay $150,000 restitution to the man’s family.

She pleaded last year to involuntary manslaughter and willful injury in the June 2020 killing of 37-year-old Zachary Brooks of Des Moines.

Both charges were punishable by up to 10 years in prison.

Polk County District Judge David M. Porter on Tuesday deferred those prison sentences, meaning that if Lewis violates any portion of her probation, she could be sent to prison to serve that 20-year term.

As for being required to pay the estate of her rapist, “this court is presented with no other option,” Porter said, noting the restitution is mandatory under Iowa law that has been upheld by the Iowa Supreme Court.

Lewis was 15 when she stabbed Brooks more than 30 times in a Des Moines apartment. Officials have said Lewis was a runaway who was seeking to escape an abusive life with her adopted mother and was sleeping in the hallways of a Des Moines apartment building when a 28-year-old man took her in before forcibly trafficking her to other men for sex.

Lewis said one of those men was Brooks and that he had raped her multiple times in the weeks before his death. She recounted being forced at knifepoint by the 28-year-old man to go with Brooks to his apartment for sex. She told officials that after Brooks had raped her yet again, she grabbed a knife from a bedside table and stabbed Brooks in a fit of rage.

Police and prosecutors have not disputed that Lewis was sexually assaulted and trafficked. But prosecutors have argued that Brooks was asleep at the time he was stabbed and not an immediate danger to Lewis.

Iowa is not among the dozens of states that have a so-called safe harbor law that gives trafficking victims at least some level of criminal immunity.

Lewis, who earned her GED while being held in juvenile detention, acknowledged in a statement prior to her sentencing that she struggled with the structure of her detention, including “why I was treated like fragile glass” or wasn’t allowed to communicate with her friends or family.

“My spirit has been burned, but still glows through the flames,” she read from a statement she had prepared. “Hear me roar, see me glow, and watch me grow.”

Now 17 years old, Piper Lewis should NOT be facing 10 years in jail for the stabbing death of the 37 year old predator who repeatedly raped and sex trafficked her when she was just a 15 year old child!#FreePiperLewis #Iowa https://t.co/VB9kANzV2U

Make it make sense, Piper Lewis was 15, repeatedly raped & finally killed her rapist. Now she has to pay $150,000 to the rapist family cause a kid is fatherless. This is in #Iowa. How is it legal? #PiperLewis https://t.co/WgzX4a7Ckh 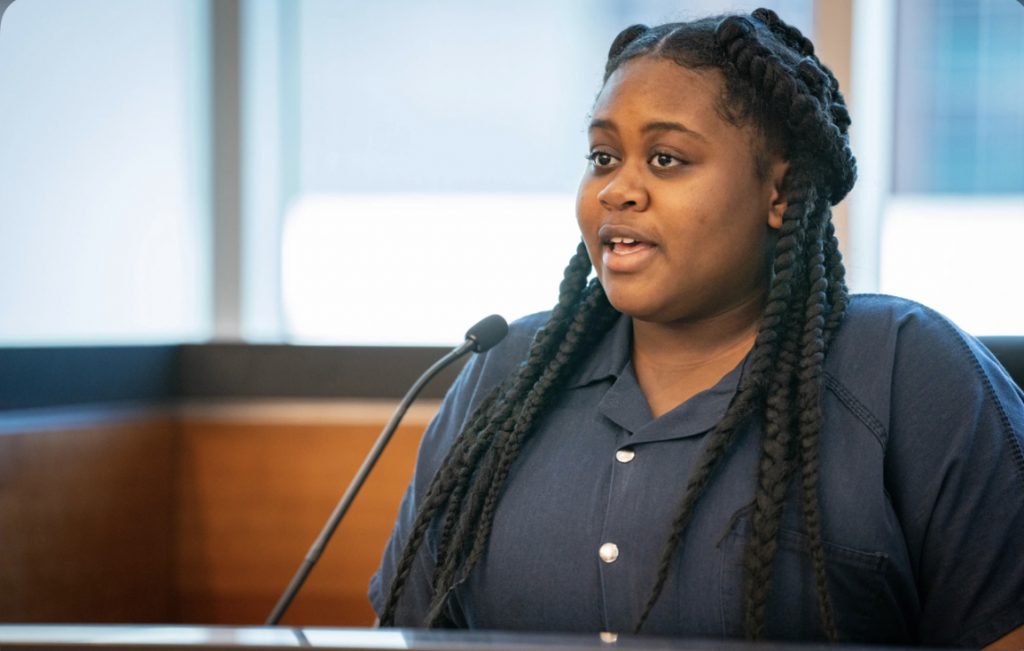 Piper’s Gofundme has raised over $150K and she will be able to pay the amount ordered by the judge.

The details in the GFM explain why the opportunity to pay $150K is the best option for her at this time.

The law is unreal, read:

Today, it appears that the decision to put Pieper’s fate in the hands of a judge, as opposed to a jury, was a good one.

Pieper will avoid prison, and she will have access to some of the services she needs to continue healing. However, in Iowa, there is a law that states that anyone who is convicted of killing a person, regardless of circumstances, must pay that individual’s family 150,000 dollars.

This law is intended to provide justice to families who lost their loved ones. However, in the case of Pieper, it will require her to pay 150,000 dollars to the family of a man who purchased Pieper’s fifteen-year-old body from a sex trafficker, gave her drugs and alcohol, and then raped her repeatedly.

Pieper does not owe that man’s family justice. Pieper does not deserve to be finically burdened for the rest of her life because the state of Iowa wrote a law that fails to give judges any discretion as to how it is applied. This law doesn’t make sense in many cases, but in this case, it’s morally unjustifiable. A child who was raped, under no circumstances, should owe the rapist’s family money.

Pieper has five years of probation ahead of her; five years that she will be required to be nearly perfect to avoid facing 20 years in prison. She will do hundreds of hours of community service each year. She will be subject to drug testing, required to take classes, and attend therapy. Pieper’s path to true freedom will not be easy, and she is still a teenager that has experienced a lot of trauma.

Pieper wants to go to college, she wants to create art, and she wants to advocate for other girls who find themselves in situations like she endured. She does not deserve a massive debt looming over her, holding her back from pursuing her ambitions.

Our system if broken. It will take decades of advocacy and electing people committed to rethinking and reimagining our criminal justice system, especially our juvenile one, to fix the system. In the meantime, Pieper needs us now. If you are able, please donate to help Pieper!