Kanye’s choice to wear a ‘White Lives Matter” T-shirt has caused waves in the media and now it seems to have caused a rift in one of his most valued friendships.

Diddy recently shared his thoughts about the shirt on the Breakfast Club, calling his friend Ye a ‘free thinker” but later took to his Instagram to denounce Kanye’s choices, making it known that he does not rock with it.

Well Kanye isnt happy about it, claiming Diddy misspoke to him, exposing a series of messages on Instagram. 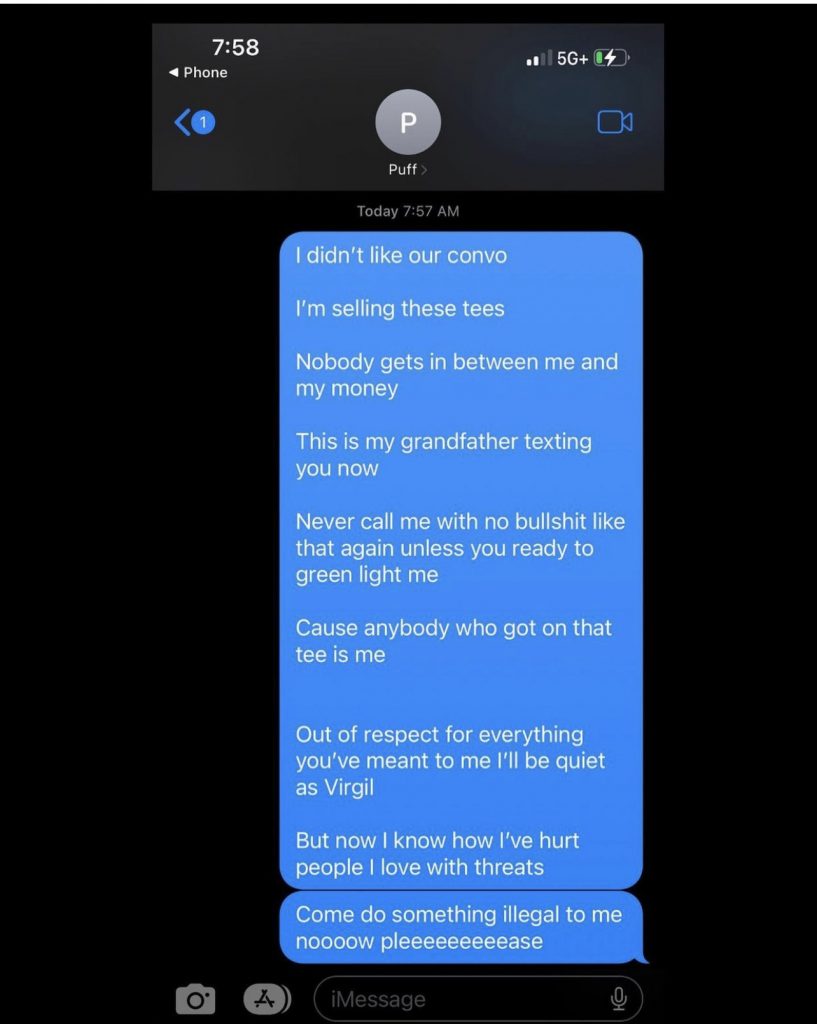 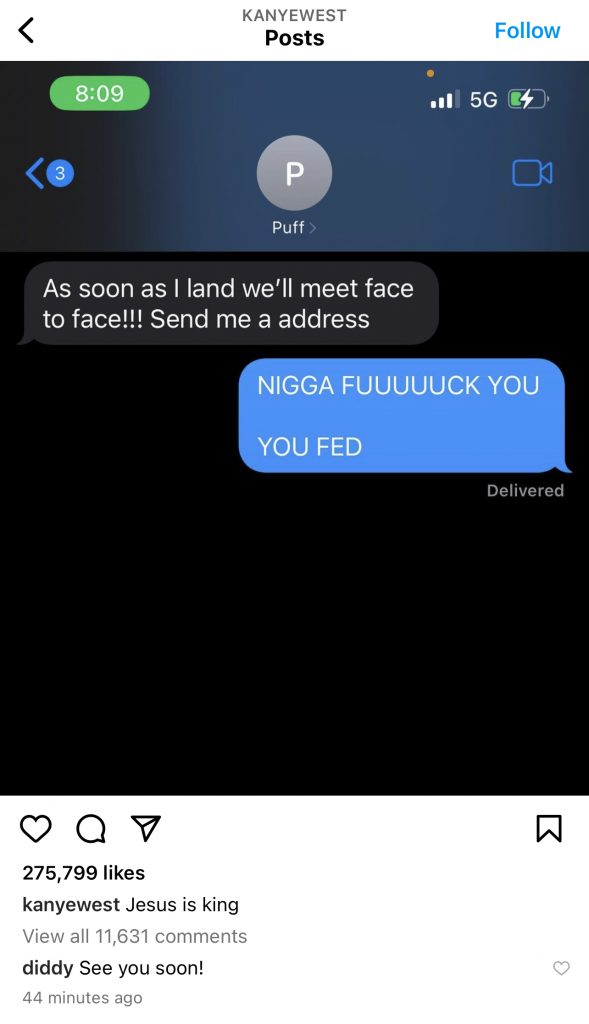 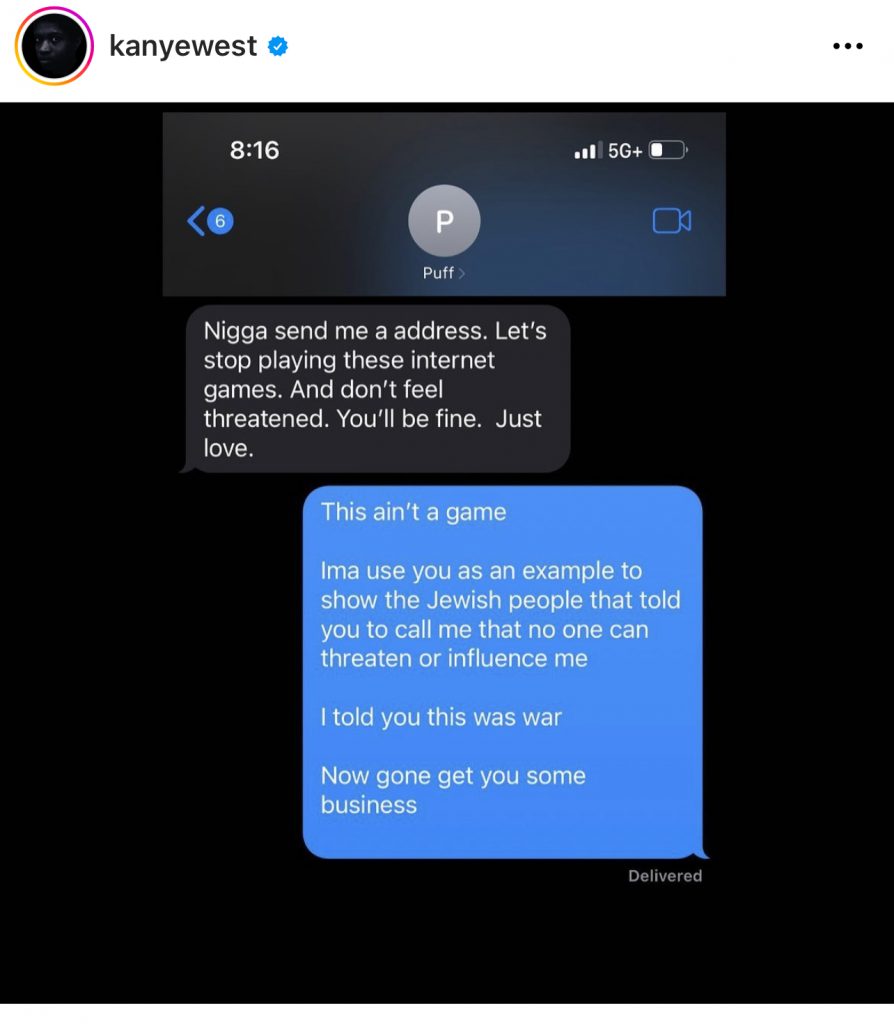 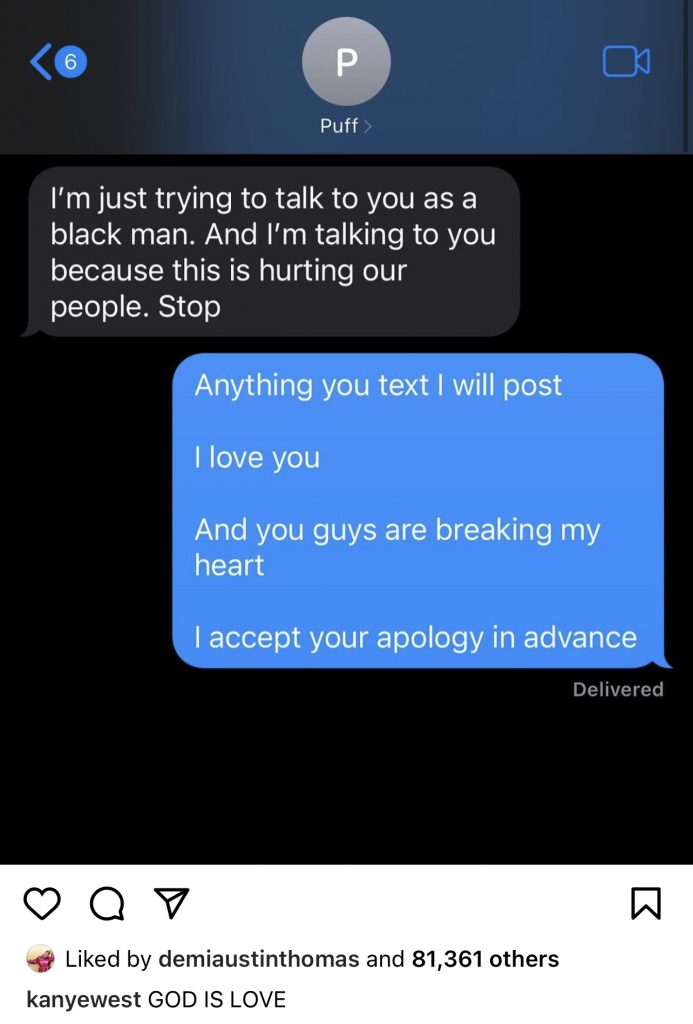 This comes only a few days after Tremaine Emory Founder of the clothing brand, Denim Tears, and the current creative director of Supreme New York called out Kanye for using Virgil Abloh in his narrative.

Your best friend Virgil, NEGRO PLEASE , this time last year you said Virgil’s designs are a disgrace to the black community infont of all your employees at yeezy -ASK LUCETTE HOLLAND…I GOT ALL THE “RECEIPTS” ( don’t let me get into the things you said about v after his death)

Ye tell the ppl why you didn’t get invited to Virgil’s actual funeral the one before the public one at the museum( and why you weren’t allowed to speak at the public funeral) .

You knew Virgil had terminal cancer and you rode on him in group chats, at yeezy, interviews, songs etc…YOU ARE SO BROKEN.

We do not know where this will end, but we agree that reading some of the things Ye says on text, and watching him speak on Tucker Carlson we arent witnessing a leader or ‘free thinker’.

We are watching a man spiral, and it’s sad.

Kanye leaked his messages to Diddy today, and in this message he says, “Ima use you as an example to show the Jewish people that told you to call me that no one can threaten or influence me.”

This after he yesterday spread antisemitism on Tucker Carlson. Absolutely sick. pic.twitter.com/s5DsnEOrKx

I genuinely think Kanye needs to get some serious help… is like if u say him wrong him class u in the worst way. The man is going in on Diddy

Kanye telling Diddy “anything you text I will post” and calling him a fed is in the top 10 wildest shit he has ever done. This man can’t maintain a friendship to save his life