Keke Palmer Stuns On The Cover Of InStyle Magazine

Keke Palmer is on the May cover of InStyle Magazine and her pictures are to die for. According to InStyle they were going for “that down-home, rose-from-the-concrete vibe”. The editorial starts off with Keke making it very clear that she is going to be herself 100% all the time:

“I’d rather be loved or hated for being myself than for being somebody I’m not,” says Keke Palmer while Zooming from her favorite vegan spot in Pasadena, Calif.

“If people don’t like that I tell it like it is, then they should at least be able to respect me for being real.”

A self-described chill Midwest chick from Robbins, Ill., Palmer, 27, is known for her scene-stealing roles in projects like Hustlers and Scream Queens.

But it’s her total candor, ownership of her physical imperfections, and DGAF impressions on Instagram that have most recently propelled her forward.

“I got tired of trying to be who everybody wanted me to be,” she says. “There’s always going to be something that people hate me for, whether it’s wanting me to not be Black, or a woman, or tall, or short, or skinny, or thick.

Other people might love me for it, but I don’t want to constantly change who I am for outside validation. That just sounds like hell.”

Palmer was intent on bringing her authentic self and her version of beauty to our Los Angeles shoot. And that meant going big — from the hair to the skirts to the last-minute addition of two majestic stallions, which came about after she and photographer Quil Lemons started plotting.

“Quil said, ‘I just want to have this freaking moment of you with these horses,'” Palmer recalls.

“But from the clothing styles to the environments we were in, it was just important to us to show things that are true and specific to Black culture. I really wanted to bring back that down-home, rose-from-the-concrete vibe, which is not overly refined.”

Keke shared her thoughts about the shoot on Instagram:
“I can not telllll you, how amazing this shoot was for me. I owe it all to @quillemons, he is so special in my heart!!!! I got to the shoot at 8 am and didn’t leave till 9pm and we were only supposed to do a few looks chile. He said “baby YOU KEKE PALMER, we going full editorial PERIOD” ? And to think, this all happened because I dm’d you @laurabrown99!! Thank you, for giving Quil and I the space to be creative. Truly, this was the funnest shoot I’ve ever had!!”

Her struggle with acne

For Palmer, glamour and grit have always gone hand-in-hand. She’s not afraid to get into the weeds when it comes to inelegant topics, and in December her self-actualization streak manifested itself in the form of a 14-minute Instagram confessional in which she opened up about her longtime struggle with acne and an underlying hormone disorder, polycystic ovary syndrome (PCOS).

While most celebrities opt for filters and Facetunes, a barefaced Palmer frankly, almost breezily, covered topics such as camouflaging dark spots, being proud of her skin texture, and navigating a love-hate relationship with makeup since her early teens.

“I was constantly hiding myself and felt shame about having acne,” she remembers. “Wearing makeup became a chore because I always had to be ‘on’ wherever I went in case a fan asked me to take a picture; I didn’t have the proper boundaries to say no.

So instead of getting to the bottom of my acne and trying to understand it, I was covering it up, trying to be perfect.

But you’re never going to get to the nitty-gritty of something when you do a lot of covering up.”

It was her role in the upcoming film Alice, an antebellum-South set thriller that wrapped in the fall, that inspired Palmer to stop piling on layers of foundation and start seeking solutions to her skin condition. “The movie is so much about standing up for your freedom, and that activated something deep in me,” she says.

“I started questioning what I could do for myself instead of just popping a birth-control pill to try to control my acne. I wanted to bring the same energy and confidence to my skin that I had already brought to my natural hair when, after it was changed by weaves and wigs, I learned how to protect it.”

She began researching her family history and spoke with medical specialists, which ultimately led to her PCOS diagnosis. On a personal level, addressing the fact that she was unhappy with her skin was liberating — but it was the chance to help others that compelled her to go public.

“I feel most beautiful when I’m being kind and of service to others,” she says. “As females, we need to advocate for ourselves, because everything [in society] is kind of a rule-of-thumb by males.

But it shouldn’t be weird for us to talk about our health issues or demand what we need when we go to the doctor. We make it weird, but it’s not really weird — and the more that we talk about it, the less of an issue it will become.” 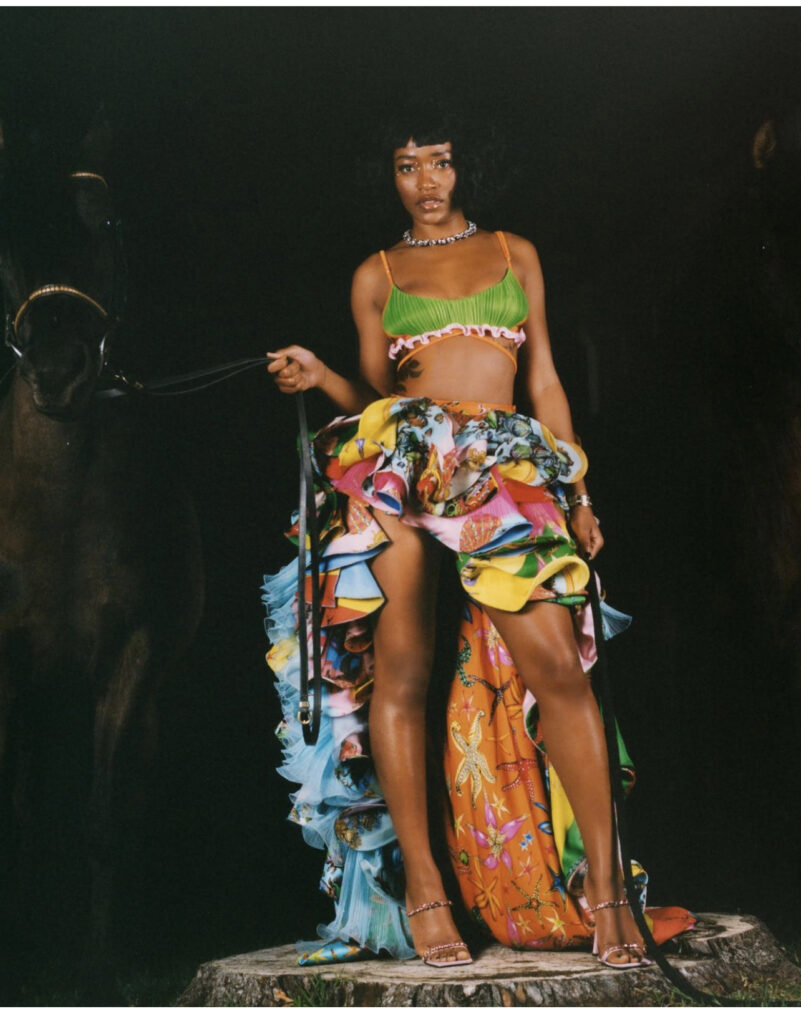 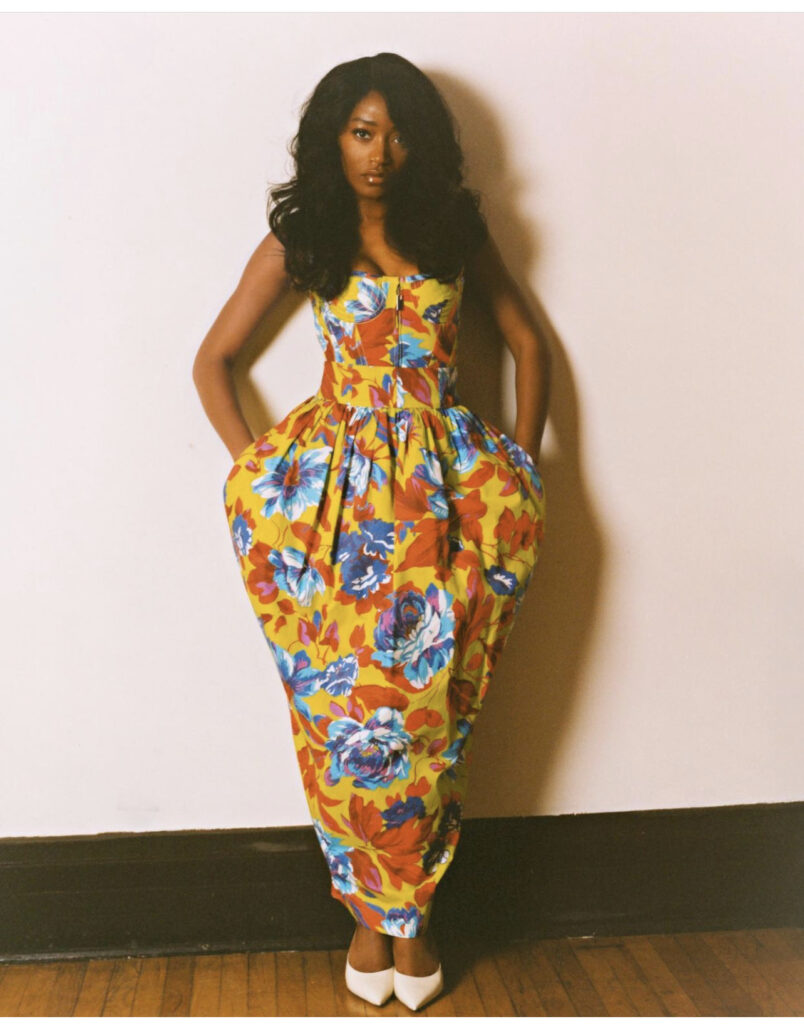 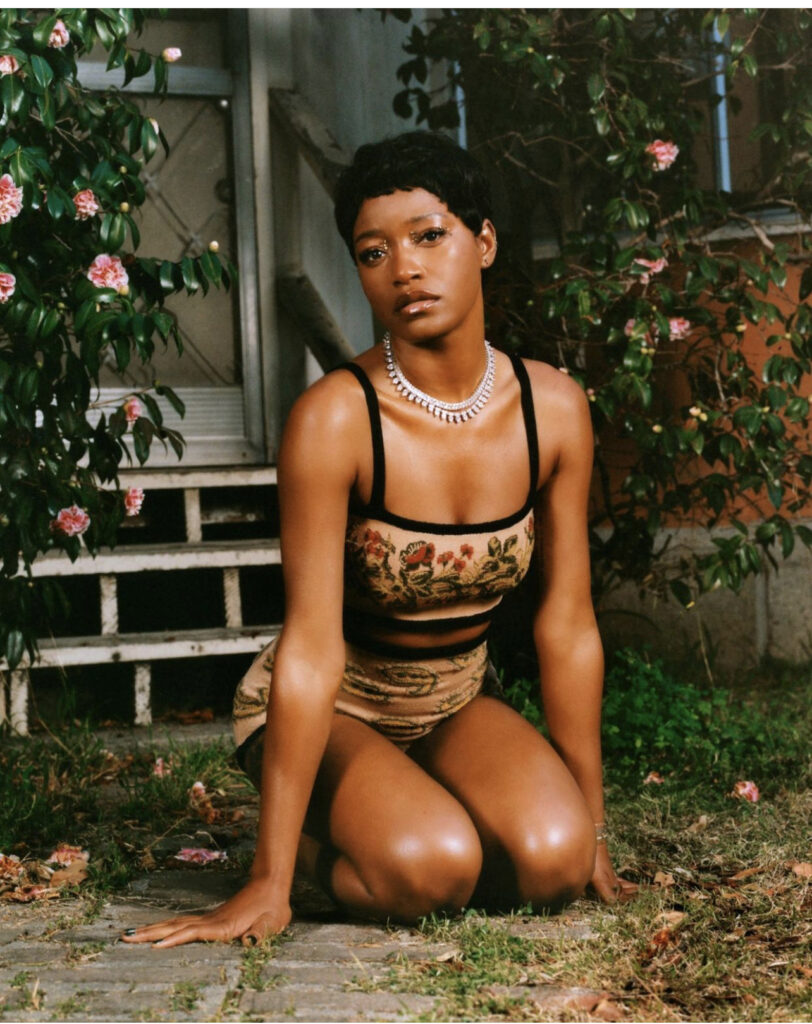 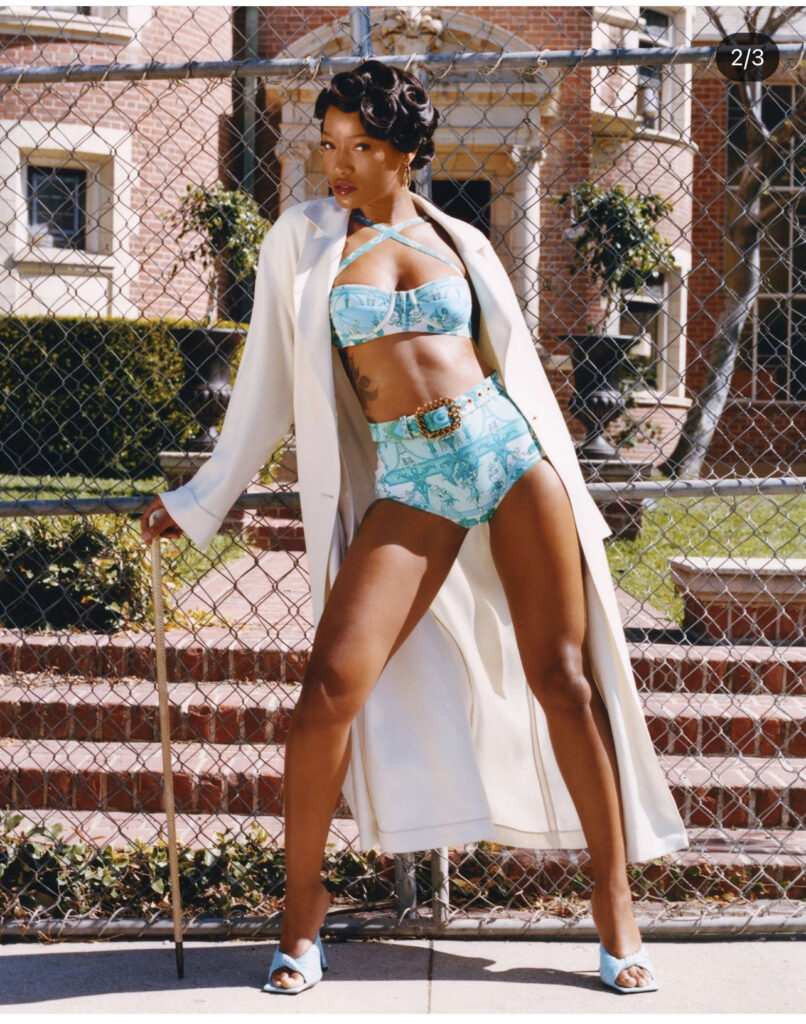 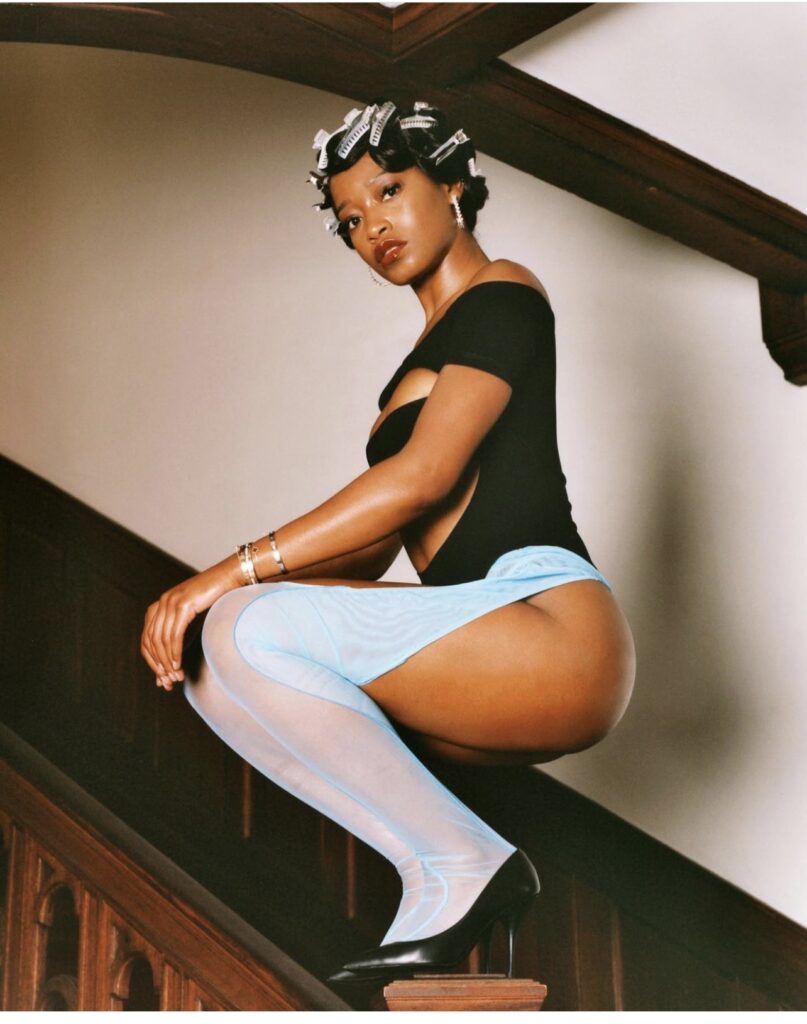 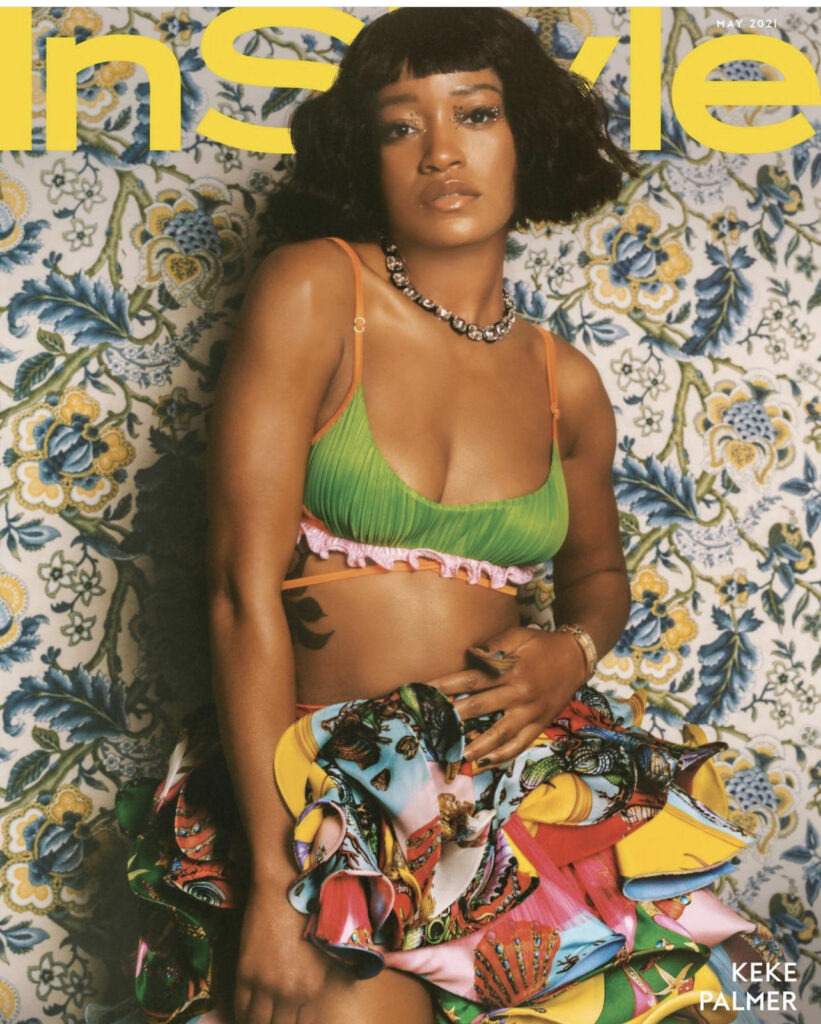 How Chicago Franchise Owner is Thriving Through The Pandemic

Would You Try Faux Sister Locs?

Would You Try Faux Sister Locs?