Not everyone was thrilled to see Beyonce perform in Dubai over the weekend. Some fans and LGBTQ advocates found her venue of choice disappointing because the United Arab Emirates (UAE), a country known for severe restrictions on LGBTQ rights.

According to FOX speaking with The Telegraph on Sunday,’ LGB Alliance co-founder Bev Jackson said the British advocacy group was deeply “disappointed” by the concert.

“idk, if I already had $500 million, I don’t think an additional $35 million would be enough money for me to go perform the album I dedicated to my gay uncle in a country where being gay is still punishable by death,” Inside Hook Managing Editor Bonnie Stiernberg tweeted.

idk, if I already had $500 million, I don't think an additional $35 million would be enough money for me to go perform the album I dedicated to my gay uncle in a country where being gay is still punishable by death 🤷‍♀️ https://t.co/E06AYoVoyT

Beyoncé headlined the private $24 million concert in Dubai at the luxury hotel Atlantis The Royal, marking her first live performance in five years.

Lesbian, gay, bisexual, and transgender persons in the UAE have faced prosecution under public decency laws for acts such as cross-dressing and kissing in public. Additionally, homosexuality is illegal in the country, and under Sharia law, same-sex sexual activity is punishable by death.

In conversation with BBC Newsbeat, Freelance journalist Abigail Firth said the concert was a “misguided choice” by Beyoncé whose work is “indebted to LGBT culture.”

Gay bar owner Lawrence Batron said it was “truly disappointing” to hear of the performance and wondered if Beyoncé had considered the LGBTQ legislation in the UAE.

“We need to hear from Beyoncé herself about how she feels about the situation that our community faces over there,” he said. “Because she has fans all over the world that adore her, some will be upset and some will think it’s an amazing thing.”

RuPaul’s Drag Race star Kitty Scott-Claus also tweeted about the controversy, writing “Hi I have a question.. can someone explain why everyone was cancelling David Beckham the other month but now celebrating Beyoncé for performing in Dubai? One rule for one and one for another?”

Like Beyoncé, Beckham faced intense backlash for signing a massive deal with the government of Qatar to advertise the FIFA World Cup. Beckham had previously received praise within the LGBTQ community, appearing on several high-profile gay magazine covers.

One fan wrote: “When you’re that rich… largely, if not entirely, through the fierce loyalty of LGBTQ+ fans – what amount of money is simply too much to turn down to perform in a homophobic country?”

“Beyoncé isn’t a LGBTQ+ ally when she’s performing for money in Dubai and she literally doesn’t need a penny of it” wrote another fan.

“So wait, lemme get this straight,” one user said. “Beyonce comes out with a whole album dedicated to the LGBTQ community and then goes to perform for the first time in years in Dubai?! The same Dubai that’s vehemently homophobic…?” 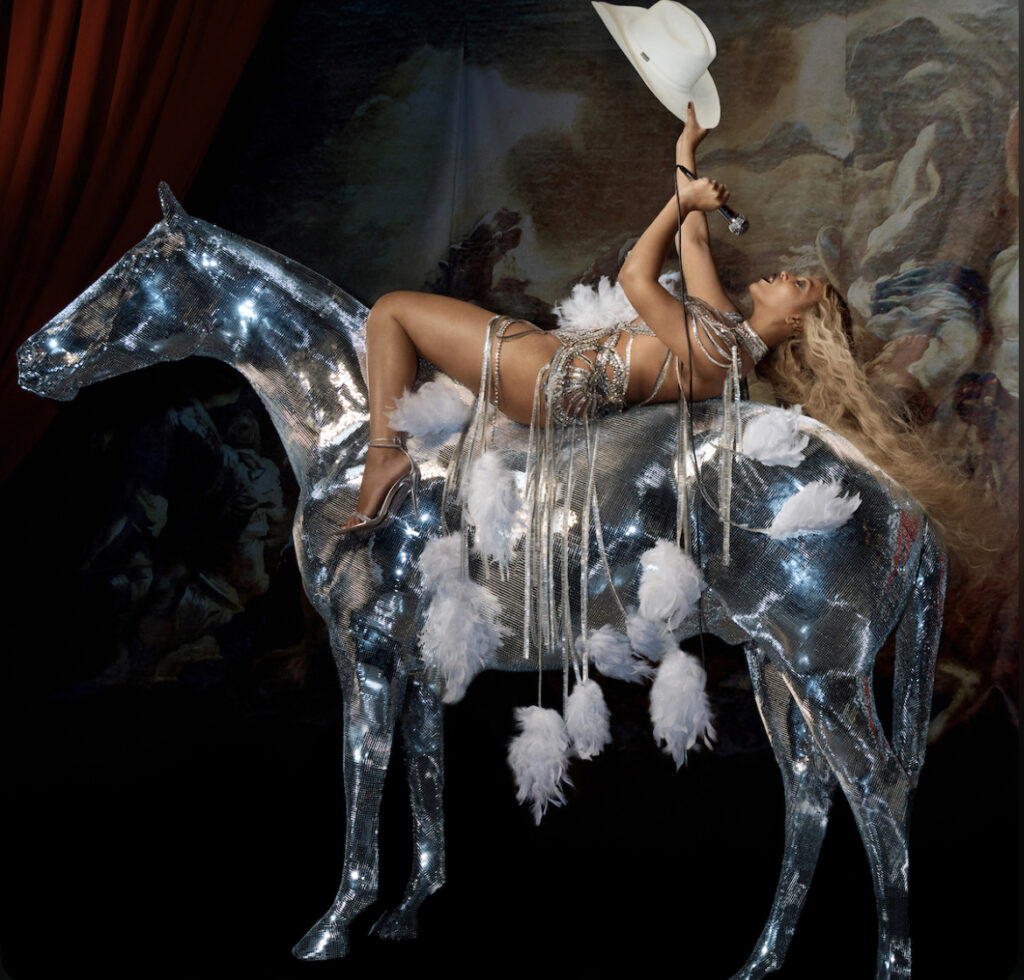 The latest Beyoncé album, Renaissance, was widely celebrated by fans and critics for honoring Black queer culture. The album was dedicated to her children and husband, as well as her late gay Uncle Johnny and members of the LGBTQ community who helped to expand Black culture.

“A big thank you to my Uncle Jonny. He was my godmother and the first person to expose me to a lot of the music and culture that serve as inspiration for this album,” Beyoncé wrote ahead of the album’s release. “Thank you to all the pioneers who originate culture, to all of the fallen angels whose contributions have gone unrecognized for far too long.”

Beyoncé has championed LGBTQ rights throughout her extensive career. She has supported several queer artists, including singer-songwriter MNEK, Big Freedia and Messy Mya. She also openly supported R&B star Frank Ocean after he publicly came out as bisexual.

So y’all gone be mad At @Beyonce when she Perform on her tour in those US States that have anti LGBTQ laws in place?

Or are you gone still get your tickets?

The selective outrage is workin my #cozy nerves

Beyoncé has supported the gays more than Gilead. Literally dedicate a whole project to them. As soon as she performs in anti-gay city, u ready to cancel her… Did you forget she is a STR8 woman?? It’s OK for her to support people who are not GAY! Relax! #beyoncedubai pic.twitter.com/5d0kSqmXDL

I mean, if they want to pay Beyoncé 35Million to perform then they can do that. What she suppose to do? Turn down a check to do her job? pic.twitter.com/nWraovMLMV

The performance was tasteful, respectful, and PRIVATE! “How you gonna hate from outside of the club?”

Amy Robach ‘blindsided’ By Extent of T.J. Holmes’ Alleged Affairs According To Reports

Amy Robach ‘blindsided’ By Extent of T.J. Holmes’ Alleged Affairs According To Reports