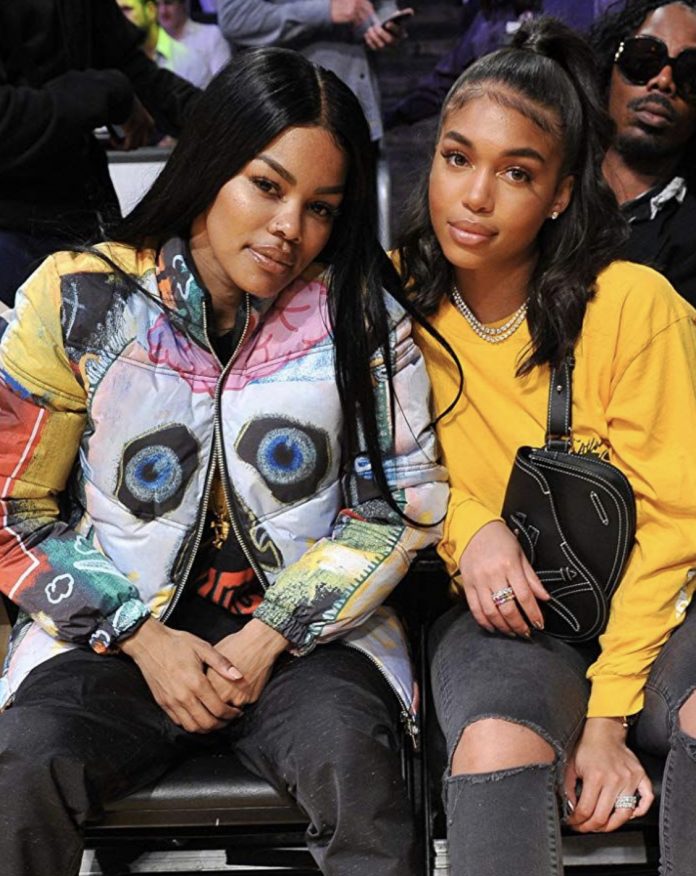 There is no doubt that there is a ton of mystery around Lori Harvey simply because she isn’t the type to say much, at least not on social media.

When sis broke up with Michael B Jordan, there were think pieces and debates all over social media, and Lori has not responded to not one thing!

Well looks like the model 25, finally gave fans a little insight into her dating life on Bumble’s Luv2SeeIt YouTube series with Teyana Taylor.

During Wednesday’s episode, Harvey and Taylor had an intimate conversation about their philosophies for relationships of all kinds, from romantic to platonic to professional.

Earlier in the episode, Harvey said that change is “the beautiful part of growth,” noting that she doesn’t want the same things at 25 that she wanted at 21. “Two different mindsets. Like, I don’t even know her anymore.”

“She’s not here anymore,” Harvey said. “This is who we’re dealing with today.”

The SKN founder said she lives a life without regrets, no matter what other people think.

“You can’t live your life based on what other people are going to think, how other people feel, because at the end of the day it’s your life — so what’s going to make you happy?” Harvey asked.

She also said she wouldn’t change her past because she “learned so much in the process” of her personal experiences.

When Taylor asked what makes her feel powerful in a relationship, Harvey replied, “My values, standards and my requirements.”

She added, “There are some superficial requirements, and you can cut down on those … but don’t compromise on core values and beliefs.”

Harvey also said she takes more control now, saying she is in a space where she’s not doing anything that will “compromise my peace and happiness.”

“Don’t give your power away to anybody,” Harvey said. “That I feel is the key to being truly happy in or out of a relationship.”

Taylor described herself and Harvey as cups of tea, with Harvey agreeing by saying “sip with caution.” The two said they deserve to be handled with care, and if they aren’t, there’s a chance you’ll get burned.

“It burned, didn’t it?” Harvey joked, while Taylor called it a “pinch of hell.”

The duo then sat down with a fan to talk to her about her dating life. Harvey shared another piece of advice, saying, “I feel like if a situation’s no longer serving you, there’s nothing wrong with leaving that situation.”

Harvey was most recently linked to actor Michael B. Jordan.

After a year and a half of dating, a source close to the former couple told PEOPLE that Jordan and Harvey split in June.

“Michael and Lori are both completely heartbroken,” the source said at the time. “They still love each other.”

“Michael matured a lot over the course of their relationship and was ready to commit for the long term.

He let down his guard with her, opening up emotionally in a romantic relationship for the first time,” added the source.

“They had great times together and brought out the best in each other.”

A source close to the model and influencer told PEOPLE that Harvey “wasn’t ready to commit,” adding, “She is very focused on her career.”

According to the insider, Harvey “realized that they weren’t on the same page” while she and Jordan “were making plans for their future.”

“She still wants to have fun and be free,” the source said. “Michael is a great guy. She is sad that their relationship didn’t work out, but she is moving on.”

Lori Harvey said “I’m dating on my own terms, whatever I wanna do however I wanna do ima do it and if it’s no longer serving me I’m gonna move on” and this is what I’m living by

People speaking bad on Lori Harvey never made any sense to me… She’s literally just dating.

Honestly I ain’t even mad about Lori Harvey’s mindset. She doing what young women are supposed to do. https://t.co/Ql4rdlybjd