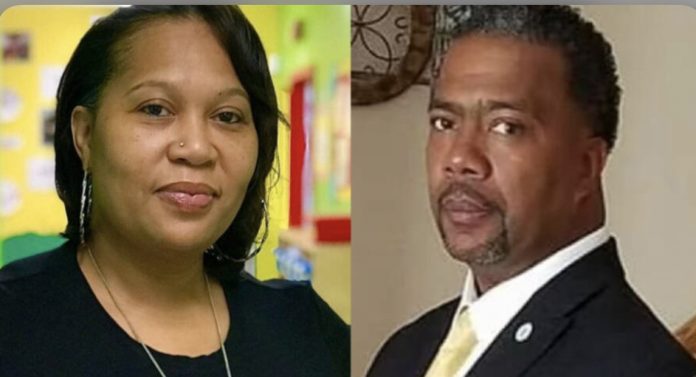 Recently we shared the story of Shanteari Weems who shot her husband for allegedly molesting children at a daycare she owns.

According to The Baltimore Banner James S. Weems Jr., 57, a former Baltimore Police officer who left the force in 2008, faces 13 counts related to three victims, including two counts of third-degree sex offense, three counts of second-degree assault, and one count of displaying obscene material to a minor.

County police said they had been investigating since earlier this month, but did not immediately provide additional details.

D.C. Metropolitan police were called to the Mandarin Oriental hotel on July 21 after getting a report that a man had been shot on the eighth floor. When officers arrived at the room, they began talking with Shanteari Weems, 50, and asking her to open to the door so they could treat the victim.

Weems, the owner of Lil Kidz Kastle in Owings Mills, told police that “he’s a child molester,” referring to her husband of five years, according to a police affidavit. After about an hourlong standoff, police moved into the room and detained Shanteari Weems after James Weems told police that he had been shot in the head and leg.

According to court documents, Shanteari Weems said during an interview with police that she had received “multiple messages and phone calls from parents and teachers” about molestation at the Owings Mills daycare.

Shanteari Weems told police that she confronted her husband in the hotel room Thursday, which escalated into a heated argument.

At one point James Weems moved towards her, she told police, which is when she pulled her gun from her purse and shot him.

D.C. police also found a notebook in the hotel room with handwritten notes in which the author wrote that they wanted to shoot the victim but not kill him, but maybe cause paralysis, and that they “want these kids to get justice.”

The notebook also included an informal will distributing belongings.

Shanteari Weems has been charged with assault with intent to kill and firearms charges. She was scheduled to appear in D.C. Superior Court Monday, but the hearing was postponed until Friday.