According to Black Enterprise, the trademark application was filed in October but it could be years before it’s finalized.

The radio hosts recently told Capital B that the person who originally acquired the trademark in 2020 did so so it wouldn’t fall into the wrong hands.

Earlier this month, he handed the trademark over to the two men. 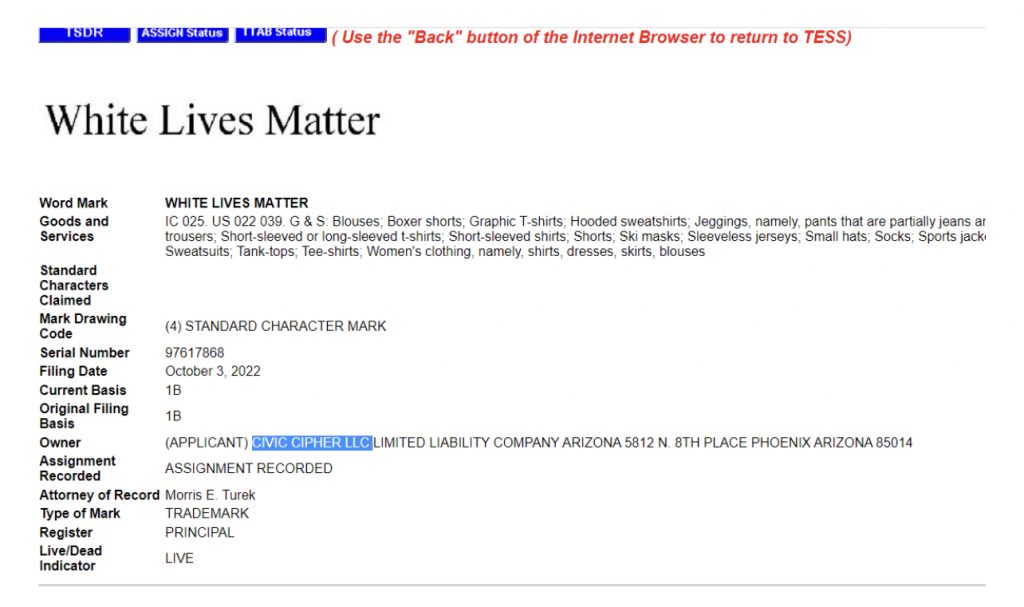 Civic Cypher LLC is a company owned by Ramses King aka Ramses Ja.

“THE WAY THE LAW WORKS IS EITHER YOU’RE OWNING PHRASES, OR IT’S UP FOR GRABS FOR PEOPLE TO MAKE MONEY OFF THEM,” JA, WHO CO-HOSTS CIVIC CIPHER WITH WARD, TOLD CAPITAL B.

Ja added that if he and Ward sold the trademark, the fund would go towards helping Black civil rights organizations, instead of their pockets.

“If we were to sell that trademark, for whatever amount of money, we could donate that money to causes that we feel would benefit Black people, like the NAACP or Black Lives Matter organizations,” Ja told Capital B.

“Because, realistically, we cannot stop the shirts from being made right now. We can write cease to people selling these shirts right now, but that is a big monster that requires teams of lawyers and thousands of dollars that we do not have.”

According to Ja, West has not reached out to him or Ward concerning the slogan.

Many have blasted the rapper and producer for wearing the hoodie, including the family of Ahmaud Arbery, who was killed by two white men while jogging in Georgia.

Caz we thought somebody said they was sellin sumthin 🙄🙄