Megan Thee Stallion is having an amazing week! On Friday we are anticipating an amazing collab with Cardi B, her Variety cover came out yesterday! And now she announced that she is Revlon’s newest Global Brand Ambassador.

On August 6th in a press release Revlon Announced the following:

Megan joins the pantheon of famous Revlon faces and takes her place among a diverse and accomplished group of women past and present, including current Brand Ambassadors Gal Gadot, Ashley Graham, Sofia Carson, Jessica Jung, Adwoa Aboah and Eniola Abioro.

“I’ve always set the bar high for myself with everything I do, but to now be a brand ambassador for Revlon, it feels like a new level,” said Megan.

“To me, the Revlon brand stands for both beauty and female strength and I’m excited to help define what that means to a new generation of women.”

She continues to set and conquer goals in both music and television with a slew of awards and accomplishments to her name. 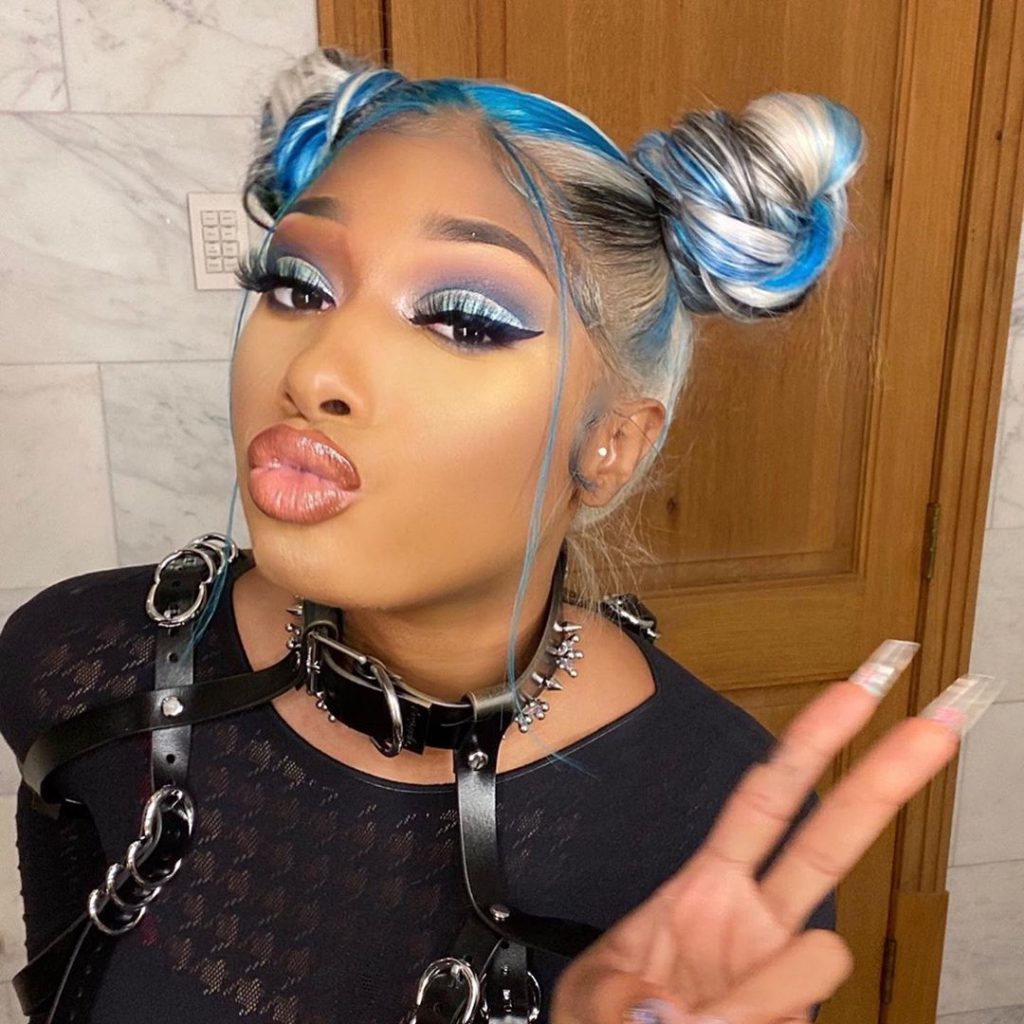 Most recently, she released the song, “Girls In The Hood,” and hit #1 on the Billboard charts with her track “Savage”.

“Megan is a remarkable talent and we know she’s only going to continue to rise to new heights,” said Silvia Galfo, Revlon Global Brand President.

“When we first approached her about a partnership nearly a year ago, we were drawn to her confidence and fierce ambition as much as her power to hold nothing back.

She loves to express herself with makeup and is a constant inspiration to her fans on living boldly. It’s that authenticity and unapologetic spirit that we admire, and we are thrilled to welcome her to the Revlon family.”

Over its 80+ year history, Revlon has defined modernity with its electrifying “Unforgettable Women” campaign in the 1990’s and signed the first Black and plus-size models to beauty contracts.

Revlon was also the first mainstream makeup brand to feature a woman of color in a national beauty advertisement in the 1970’s.

Megan Thee Stallion will begin appearing on behalf of Revlon across media platforms beginning this month.

Megan posted the news herself on Instagram:“HOTTIES YOU ARE LOOKING AT REVLON’S NEW GLOBAL BRAND AMBASSADOR ????? we definitely have some hot things coming soon for all my hotties and I’m so excited to for all of y’all to live bold with me #revlonxmeg @revlon”

HOTTIES YOU ARE LOOKING AT REVLON’S NEW GLOBAL BRAND AMBASSADOR ????? we definitely have some hot things coming soon for all my hotties and I’m so excited to for all of y’all to live bold with me #revlonxmeg @revlon

Megan Thee Stallion On The Cover Of Variety

In Variety, Megan made it known that even though she is taking time to heal from that infamous shooting incident where she was shot in both of her feet, she wasn’t hiding and she has no intention of slowing down.

“I’m not the type of person who can stay down for a long time,” she says. “I don’t like to be sad or keep myself in a dark place because I know it could be the worst thing happening, but the pain and the bad things don’t last for long.”

Unbreakable ? The Hot Girl on the cover of @variety

According to Variety, Megan has just begun to scratch the surface of what she has to offer. She’s a strong rapper with an unusually forceful yet precise flow, shaped by the UGK and Notorious B.I.G. records her parents played.

And her infectious, sexy, fun-loving persona is easy for fans to embrace. She’s already begun introducing different characters in her songs, like Hot Girl Meg, the brassy Tina Snow, the shy Suga — and one that she promises will be “the leader of all of them, the boss,” on her still-untitled debut full-length album, which she hopes to release by the end of summer.

Power of Young Hollywood: Megan Thee Stallion isn’t slowing down or backing down, but she’s ready to move on. In the early hours of July 12, Megan was injured in a shooting. “I was shot in both of my feet and had to get surgery to get the bullets taken out,” she says. Such incidents normally send a celebrity into hiding, but after nine days of tabloid frenzy, Megan was on the phone with Variety for a long-scheduled interview. She was cheerful, funny, forward-looking and optimistic, only hinting at the experience when asked how she’s doing. “I’m not the type of person who can stay down for a long time,” she says. “I don’t like to be sad or keep myself in a dark place, because I know it could be the worst thing happening, but the pain and the bad things don’t last for long.” At the link in bio, find out how Meg went from #HotGirlSummer to the hottest rapper right now. (?: @orinary)

As if a demanding music career weren’t enough, she’s also pursuing a bachelor’s degree in health administration at Texas Southern University, with the goal of opening an assisted-living facility.

At the same time, she’s a big horror-movie fan and has begun work on the screenplay for a film (“It’s gonna be something that definitely blows your mind; you’ve never seen it before”), and starred as a vampire private investigator in a comic “Hottieween” YouTube series directed by Teyana Taylor last year.

She has multiple branding deals in place or in the works, including for her “Hot Girl Summer” brand, which she’s trademarked. And her formidable social media game has played a huge role in keeping her profile up. “It’s nothing that’s planned out,” she says.

“I just get online, and my team doesn’t even know until they see it and ‘Oh sh–, look at Megan.’”

As on-brand as her fun-loving persona can be, it’s just one of the multiple roles she can inhabit. “I have a lot of people dancing around in my head,” she says, letting off a trademark short, high-pitched laugh.

“So in the same way that I like to introduce different personas through my music, I also want to try a lot of new things.”

At the end of her Instagram Live session, Megan closed by saying, “I just want y’all to know a bitch is alive and well and strong as f—, and ready to get back to my regular programming.”

And there’s a lot of programming ahead: Coming this Friday is “WAP,” her forthcoming single with Cardi B. 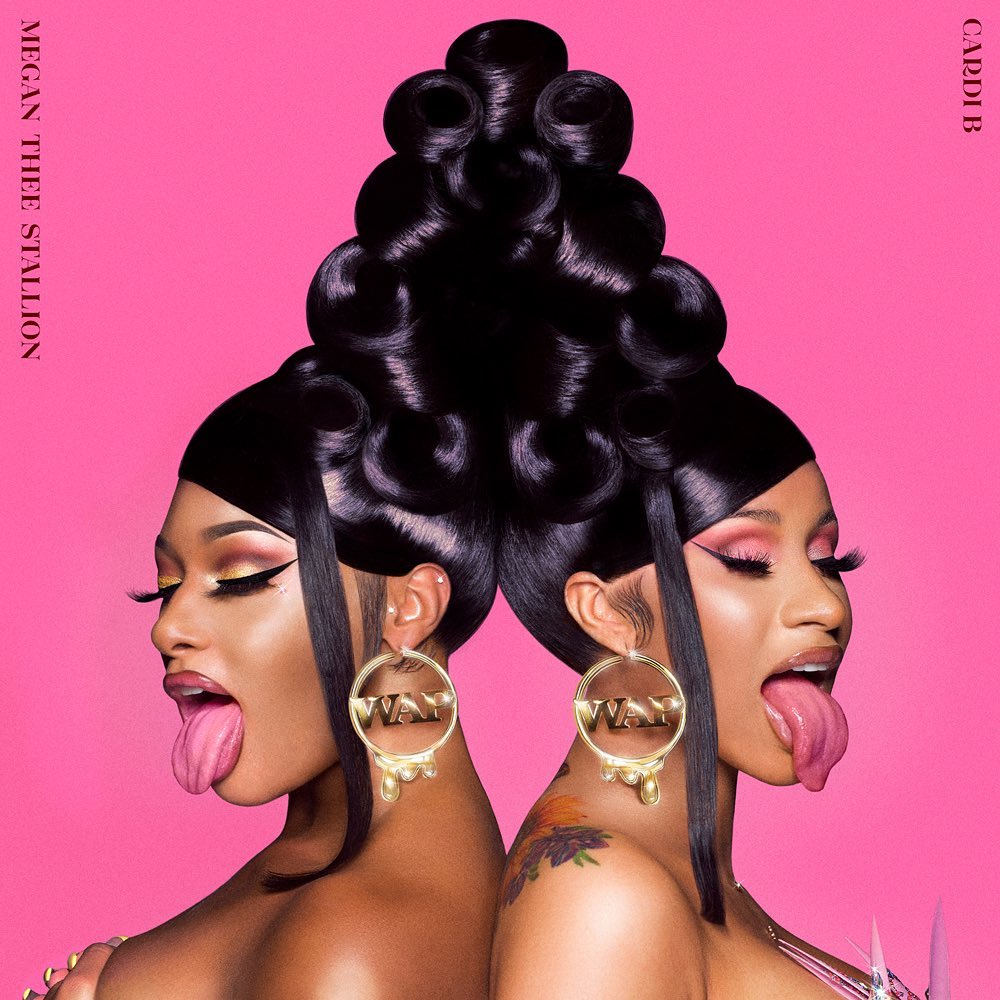 If things go according to plan, it will be followed by Megan’s album, which she promises will have lyrics addressing the Black Lives Matter movement, something she hasn’t yet done explicitly in her music (although the words appeared, painted on objects, in her BET Awards video).

“I feel like everything that’s going on right now, if it hasn’t moved you to speak out or try to make some type of difference, then something might be slightly wrong with you,” she says.

“Even though I haven’t already come out with a song with that messaging, I definitely plan on it.” Read the entire interview here.

How To Do Amazing Butterfly Locs