Megan Thee Stallion is on the cover of GQ Magazine rocking a 40-inch weave and looking amazing as they celebrate her as rapper of the year!

Her stylist is Kellon Deryck who is not only responsible for this GQ look: 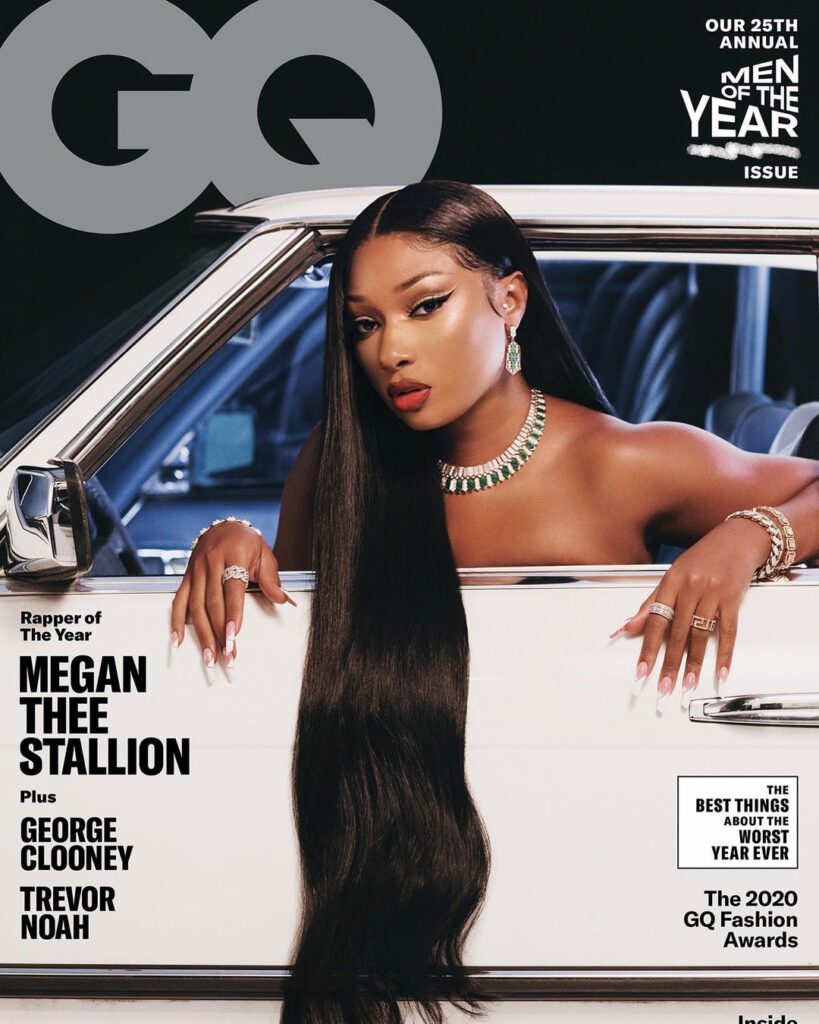 But both of these looks for her album promo as well: 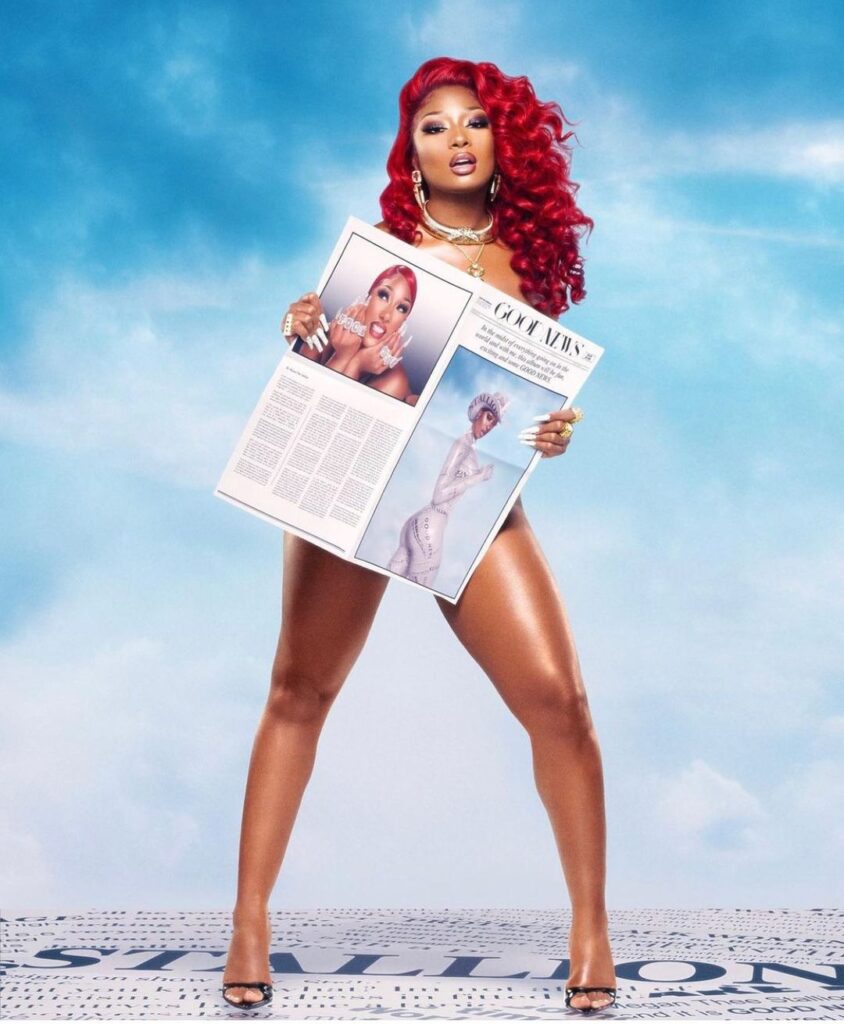 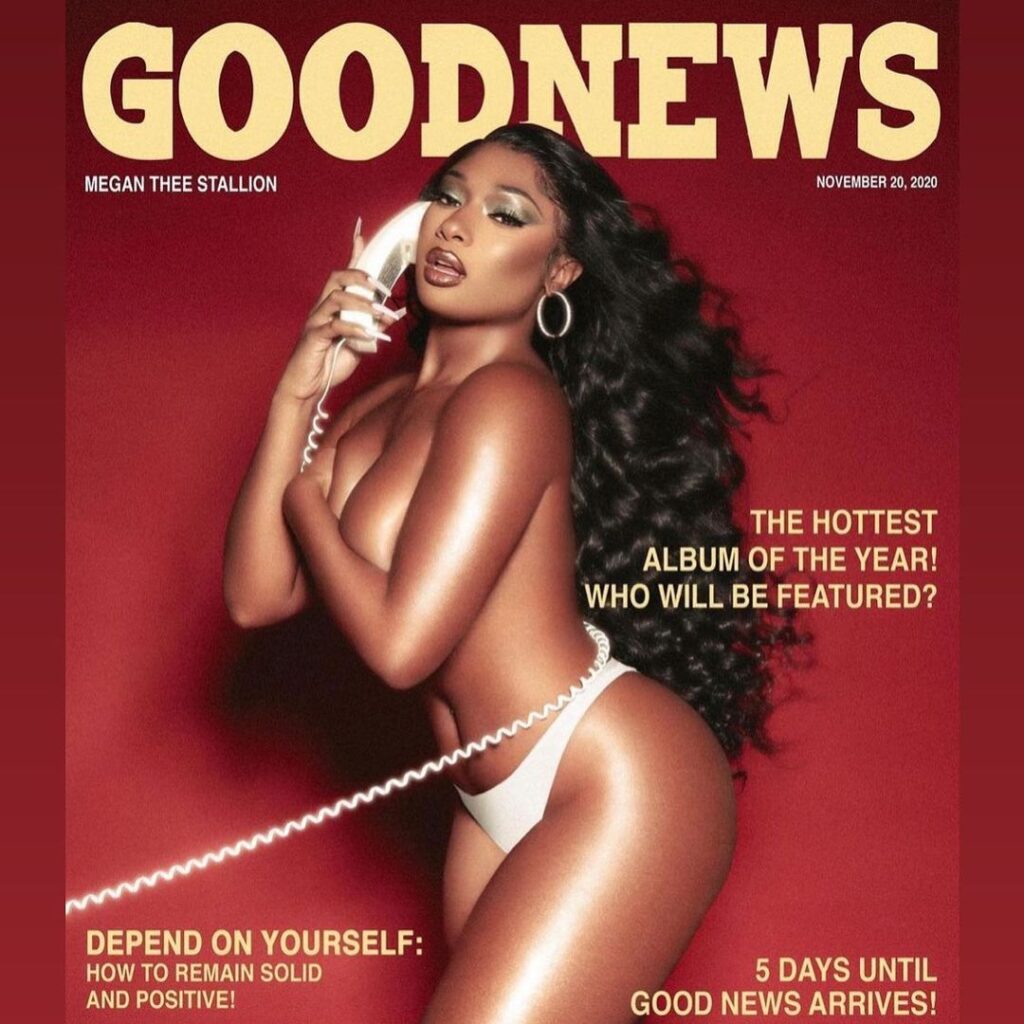 And this cute style. 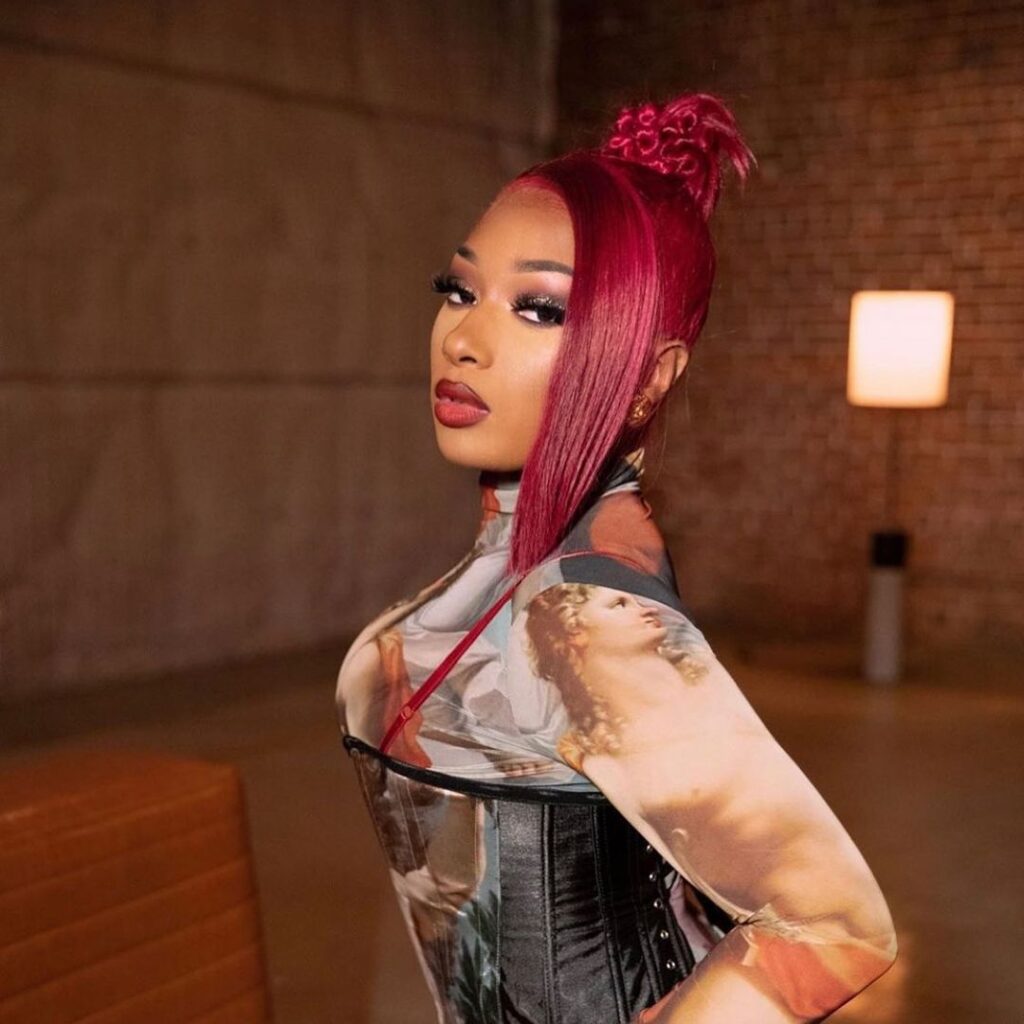 For the GQ cover story, Megan opted for a classic long jet black looked that was perfect for the vibe of the shoot.

In her editorial, Megan shared details about how she was feeling about the Tory Lanez thing … I mean we all but beat that story to death but GQ tackled it anyway, this is what they shared.

It may seem jarring to lay all this out at the beginning of the story, to start with a sudden cold plunge into a life-fracturing subject.

In a year marked by undeniable success of Megan’s own making—the viral moments and omnipresent bops and joyous social media antics—this lone and shitty incident (that she didn’t create) has loomed persistently.

Instead of sinking into the muck of a bad situation, Megan has chosen a way forward—not only by continuing to live her Hot Girl life, but also by transforming the ugliness of it all into an urgent message about how Black women in this country should be treated.

Megan often tells herself, “Always trust your first mind”—her way of saying, “Listen to your gut.” That night, her first mind told her to get out of the car and find another way home. She tried exiting the vehicle to call for a different ride.

But her phone died, it was late, she was in a bikini, and everyone was telling her to just get back in, so she did, even though there was an argument brewing.

Megan doesn’t want to get into the specifics of the dispute—who started it, what it was about—but ultimately it doesn’t matter.

As has been reported, when she tried to get out of the car again and walk away, according to Megan, Lanez started shooting at her feet, wounding her.

She tells me the rest with disbelief still in her voice. “Like, I never put my hands on nobody,” she says.

“I barely even said anything to the man who shot me when I was walking away. We were literally like five minutes away from the house.”

After he shot, she says, Lanez begged her not to say anything. She says he offered Megan and her friend money to stay quiet.

“[At this point] I’m really scared,” Megan says, “because this is like right in the middle of all the protesting. Police are just killing everybody for no reason, and I’m thinking, ‘I can’t believe you even think I want to take some money.

Like, you just shot me.’ ” (A lawyer for Lanez denied that the rapper offered Megan and her friend money.)

When the cops arrived, Megan says, she just wanted to avoid trouble—she worried they’d get arrested or end up victims of police brutality if they were found with a weapon.

The first thing she said to the responding officers who noticed her bloodied feet was, “I got cut.”

Later, in October, Lanez would be charged with felony assault, but in the immediate aftermath, as details and questions dripped into the news and onto social media, the incident became the kind of “He said, she said” that Twitter loves to litigate.

About her mother’s influence

When I was growing up, my mom didn’t have any help with me,” Megan says. “Everybody was doing everything that they could do to help.

But it was only so much that my grandmother could do. And it was like, there’ll be times that I’m in an apartment with my mama and I know something’s wrong, but I don’t know what it is.”

She pauses and tugs down on her hat. Megan’s mother, Holly Thomas, died from a brain tumor in March of 2019. They were incredibly close.

When she was growing up in Houston, Megan says, her family wasn’t rich, but it was her mom who made her feel not just that she had everything she needed but that she wasn’t missing out on what she wanted, either.

Megan clears her throat again and begins to speak, this time like she’s addressing her mother directly.

“Like, now, I’m understanding you got a lot on you; it’s a lot of pressure, but you’re not saying it to nobody. I know it’s probably just hard, to be a single mama trying to take care of yourself and your daughter.

And you’re putting on a face.… You are acting like everything was okay so I feel comfortable.”

Megan pauses and brings it back to what she’s experiencing right now: “I feel like a lot of Black girls learn that early. I did. I do that a lot.”

What Beyonce and Jay Z said

(Yes, Beyoncé and Jay-Z call her and give advice. “She’s so calm,” Megan says of Beyoncé. “She would just be like, ‘Megan, live your life.’

Then Jay-Z will call me and be like, ‘Hey, listen, you know, you supposed to be turning up right now. You really need to be somewhere driving a boat. Live your life. Just fuck that.’ ”) 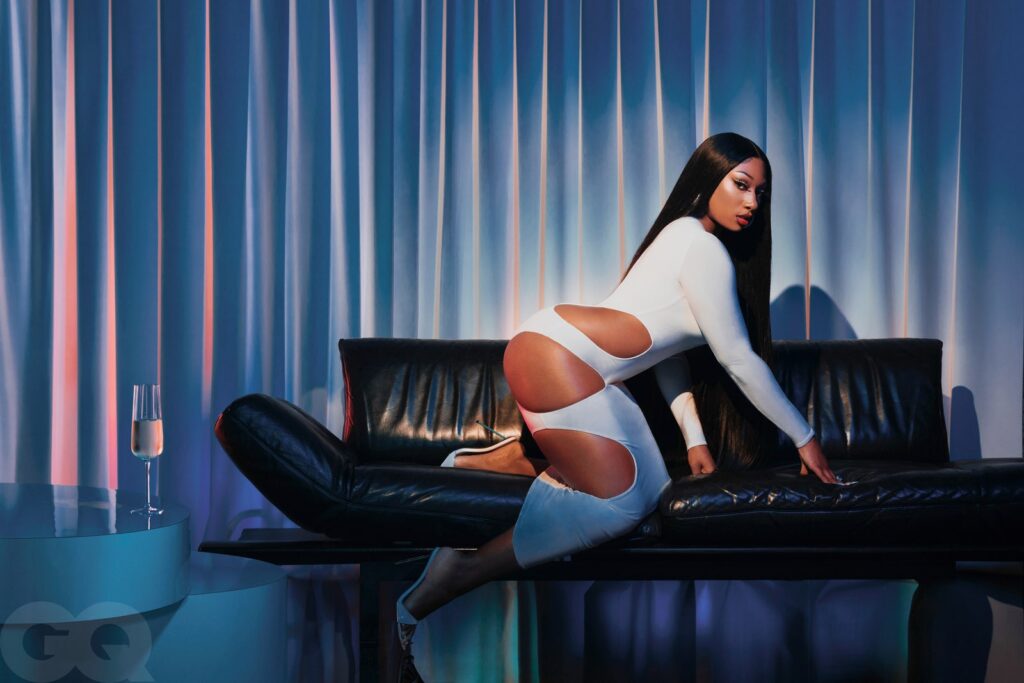 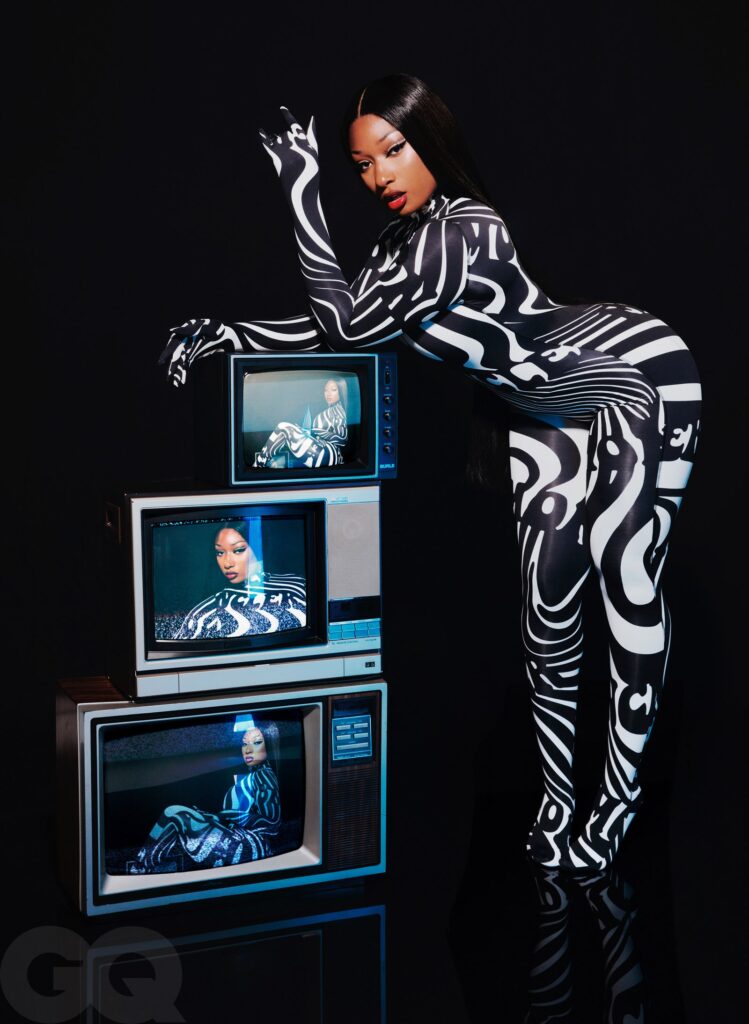 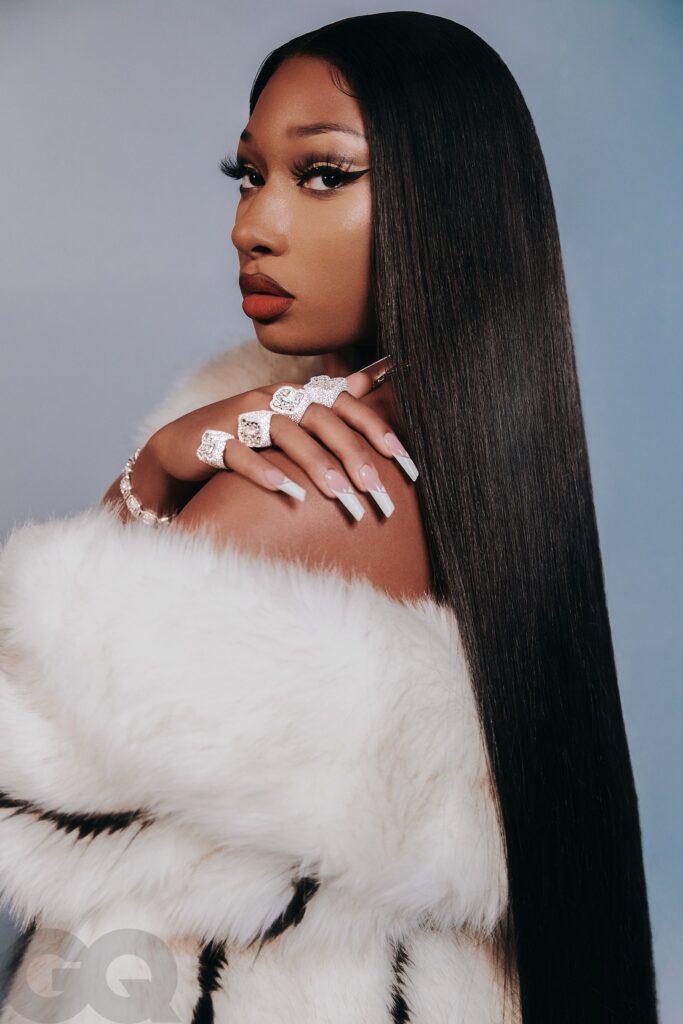 The Only Product You Will Need For Your Night Time Retwist

Rihanna’s Mullet Is Back! – How To Create This Style At Home

Rihanna's Mullet Is Back! - How To Create This Style At Home