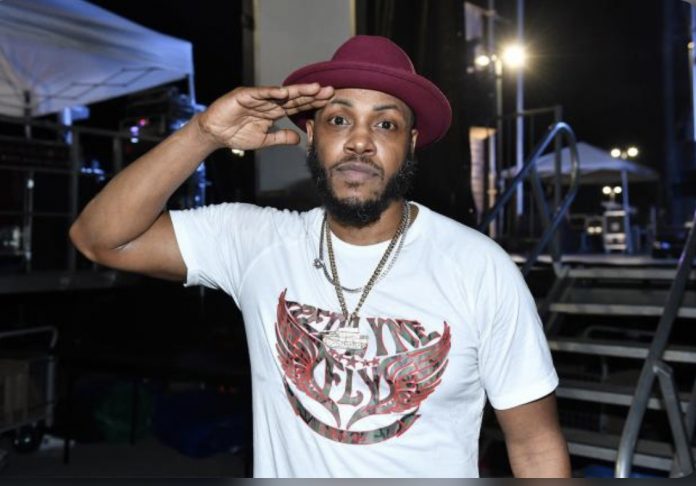 Grammy-nominated hip-hop rapper Mystikal appeared in Court Monday and pleaded not guilty charges accusing him of raping and choking a woman, and illegally possessing drugs at his home according to WBRZ.

The charges include first-degree rape, which carries an automatic life sentence if Tyler is convicted.

“My client is innocent of all charges,” attorney Joel Pearce said in a text message Thursday.

He said the rapper, whose given name is Michael Tyler, had a court order to protect him from the woman, and he is “the true victim.”

Pearce said he hopes he will be allowed to present evidence supporting bond for Tyler, who has been held without bond since the end of July. A judge denied bond on Aug. 4, but Pearce, who did not then represent the performer, said it was not a full bond hearing that would take evidence in Tyler’s favor.

Tyler was arrested July 31 on charges accusing him of choking and raping the woman at his home in Prairieville, an Ascension Parish community of about 33,000 near Baton Rouge.

A news release Wednesday from the district attorney’s office said Tyler was indicted last week on 10 counts including rape, domestic abuse battery by strangulation, and false imprisonment. Investigators who searched his home found “evidence to corroborate the victim’s account of the rape along with a variety of illegal narcotics,” the statement said.

An Ascension Parish grand jury brought the charges in two indictments handed up on Sept. 6.

District Attorney Ricky Babin said in an email that because they are part of an ongoing criminal matter, the indictments are not public records under state law.

Pearce represented Tyler on rape and kidnapping charges that prosecutors in northwest Louisiana dropped in December 2020. Those charges, brought in 2017, had kept him jailed for nearly 18 months before he was released on a $3 million bond.

Mystikal told The Associated Press in April 2021 that he now is proud of lyrics he can imagine rapping to God.

His 2000 hit “Shake (It Fast)” earned a 2001 Grammy nomination for best rap solo. In 2003, his “Tarantula” was nominated for best rap album and the single “Bouncin’ Back” for best male rap solo.

He pleaded guilty to sexual battery later in 2003. He served six years in prison.