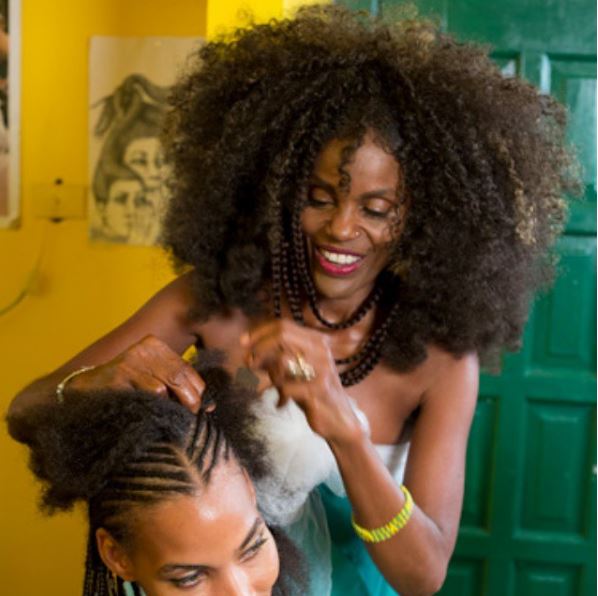 Did you know that in most States it is illegal for women to braid hair for profit? What this means is that if you like to braid natural hair and you charge people to perform that service without a general Cosmetology or barbering license, you can go to jail. 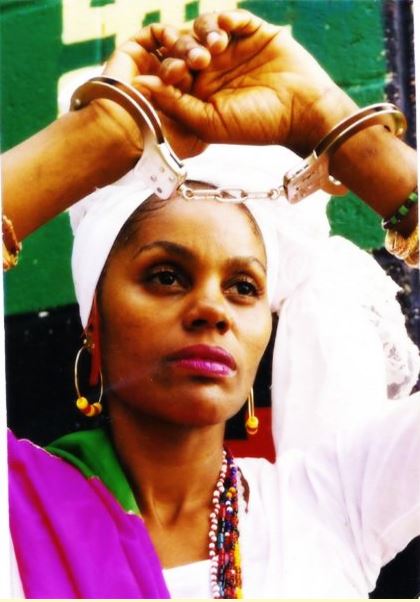 I had the pleasure of meeting with Naturally Isis a few weeks ago who had that same experience. Isis was carted off to jail for braiding hair without a license and after fighting the State of Texas for 20years she finally was able to change the laws allowing women of color to braid hair freely without catching a charge.

The laws that have been created around the cosmetology industry historically did not consider ‘black hair’ or ‘ancestral braiding’ in its own right or as an entity onto itself. If you went to Cosmetology school and learned all aspects of hair care which more than likely will not include anything about braiding then you are safe under the law to open a salon.

Not to mention you would be paying over $20,000 to get an education not relevant to your field of study. Naturally Isis was adamant about the fact that all she wanted to do was practice ancestral braiding and she did not want to go to school to get a license to do “chemicals’ just to practice the art of black hair.

She opened the first school in Texas called the Institute of Ancestral braiding which was designed to teach women in the community how to braid and how to sell their services for profit.

Her mission is not only to teaching women about natural hair care but also how to be independent using natural hair and eventually be able to pass that wealth of knowledge and financial independence to their own children.

Many people told Isis to give it up, stop fighting and just go to Cosmetology school but she wouldn’t do it, she eventually was arrested and charged for breaking a law that did not even exist. 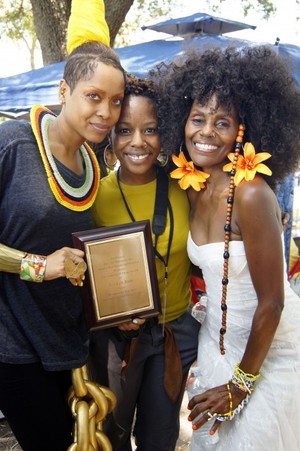 With the help of a legal team and some influence from celebrities like Erykah Badu, Isis was able to change the laws in Texas to allow ancestral braiding as an option for people who wanted to practice it for profit.

When we spoke we talked for hours about how important the natural hair movement has been but we could not ignore the fact that we still to this day do not have many formal schools or licensing opportunities that are solely dedicated to natural hair care or the practice of ancestral braiding.

Isis feels, in a sense that she wasted 20 years fighting the State of Texas when she could have opened up a few schools by now. On the other hand, she must admit that she opened the floodgates for all 50 states to start changing their laws and stop arresting black folk for practicing the care of their own hair.

Now, hair braiders in Iowa have won the right to braid hair without the need of a cosmetology license. The new law took effect last Friday (July 1), now requiring braiders to only register with the state and take basic health and safety classes. Prior to the passing of the law, braiders were required to spend an upwards of $22,000 to take numerous classes that actually didn’t even teach the skill of braiding.

The Institute for Justice (IJ), which helped bring the issue to the forefront in conjunction with its Braiding Freedom Initiative, said the previous “burdensome requirements” prevented braiders from starting their own braiding businesses and earning an honest living in the state. “This is a major victory for African-style hair braiders in Iowa,” said IJ attorney Meagan Forbes. “These reforms have now put the American dream within reach for braiders across the state.”

Earlier this year, both Nebraska and Kentucky won decisions that removed the laws requiring cosmetology licenses, with the addition of Iowa. However, there are still over 20 states that still have the strict laws in place.

Isis’s story shouldn’t be buried but her Institute of Ancestral Braiding and work in the community is the blueprint we need to create schools and give women actual licenses to care for natural hair.

No disrespect to Vidal Sassoon or Paul Mitchel but if a student has no interest in chemical processes or heat based styling what would be the point of a student going to that school?

With a natural hair/ancestorial braiding hair school, that student has a very viable choice he or she can take advantage of.