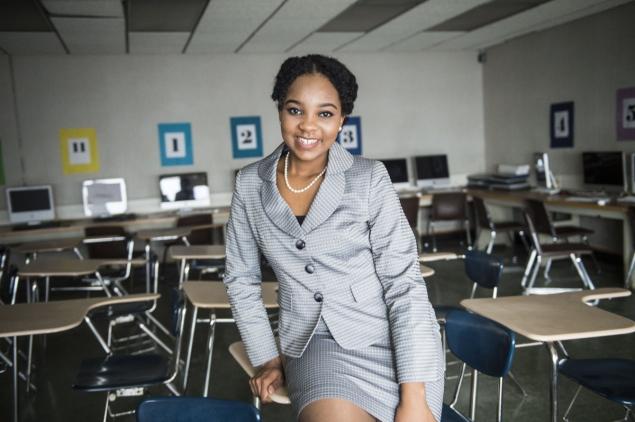 Most high school students dream of joining one of the Ivy League schools. But what would you do if all of them wanted you to join them? This is the reality for Augusta Uwamanzu-Nna, a high school student from Long Island, New York.

And not just those; she can also choose among Massachusetts Institute of Technology, John Hopkins University, Rensselaer Polytechnic Institute and New York University.

In a press release, Uwamanzu-Nna said:

My recent accomplishments reflect the hardworking ideals of the town of Elmont, my supportive parents and my dedicated teachers. I am elated, but most importantly, I am thankful.

Uwamanzu-Nna was born to Nigerian immigrants. She visited Nigeria lots of times and realized that she had more opportunities than her cousins. Because of that, she aspires to do something that will have an impact on Nigeria.
She is passionate about science.

In fact, she became a finalist in the 2016 Intel Science Talent Search for her research on cement which might keep underwater oil rigs from rupturing. The White House Science Fair also sent her an invite on Monday. The 17-year-old hopes to attend a school that will grant her the chance to combine her scientific interests, which include environmental studies and biochemistry.

She insists that there are no shortcuts or secrets for academic success; it all boils down to hard work. She used to struggle with numerous classes, but became successful due to her tenacity and persistence.

Uwamanzu-Nna isn’t the first teen from Elmont Memorial High School to be accepted into all 8 Ivy League schools. In fact, she’s the second successive teen to make such headlines. Last year, Harold Ekeh was selected by every Ivy School. He picked Yale. This is extremely rare. Whatever is going on at Elmont Memorial High School, it should continue (And spread to other schools).