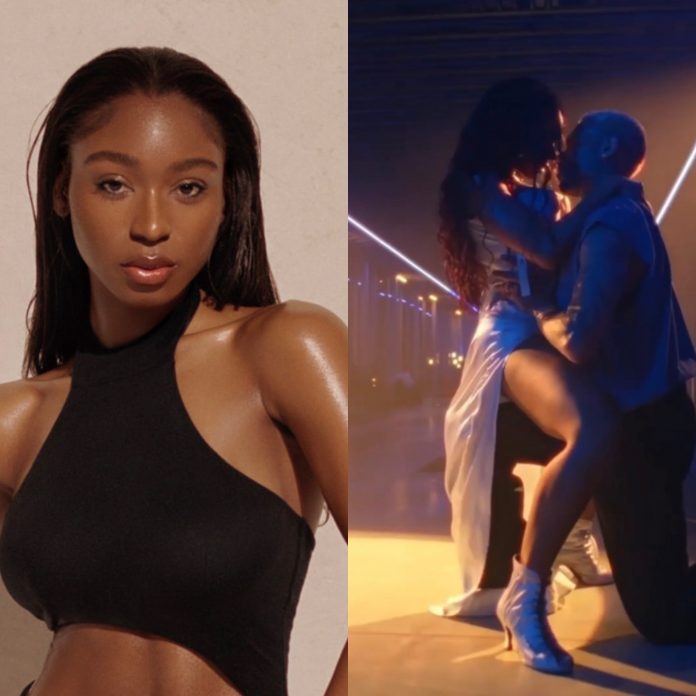 Normani and Chris Brown heated up the internet with a sultry new video for Chris Brown’s new song ‘Warm Embrace”.

Unfortunately, even though the video is ‘good’ people think Normani should never have appeared as Chris’s leading lady in the video.

They think her association with him, will kill her career.

why would normani do this to her own career 😭 chris brown? seriously?? pic.twitter.com/kt0zVQkqRv

On Instagram, Normani, thanked Chris for the opportunity, sharing that the experience was surreal.

surreal moment 🥺 thank you @chrisbrownofficial for trusting me. one for the fucking books. WARM EMBRACE OUT NOW.

What the hell y’all doing?!

nobody on normani’s team should have to tell her to not work with chris brown when we all had functioning brains when the abuse happened and he’s had a reputation since. it’s not about her being protected it’s about her supporting him. normani is grown and didn’t care, that’s it.

chris brown was never held responsible for his YEARS of abusive behavior to multiple women by the music industry. men said nothing, women that took a stand were attacked and punished (see tinashe) …. this is so deep in music and the black community. abuse against BW is REWARDED.

However, there are some fans who absolutely loved the video and saw no issue with Normani playing her role in it.

One user called it a masterpiece another said, Chris, is bringing back real music.

Warm Embrace video is unreal, thank u Chris Brown and Normani for this masterpiece 🤧🔥 pic.twitter.com/gAaNDIXYej

Chris Brown been doing this for almost 20 years so he's influenced a LOT of y'all favorite artists and influencers. Why are y'all STILL surprised every time somebody collaborate or show him love lol. Y'all not tired of being surprised???

Chris Brown and Normani finna break the internet 😭 the snapped so hard WARM EMBRACE is so good pic.twitter.com/C5VCTQuUnM

Do you think Normani’s career is over because she worked with Chris Brown?