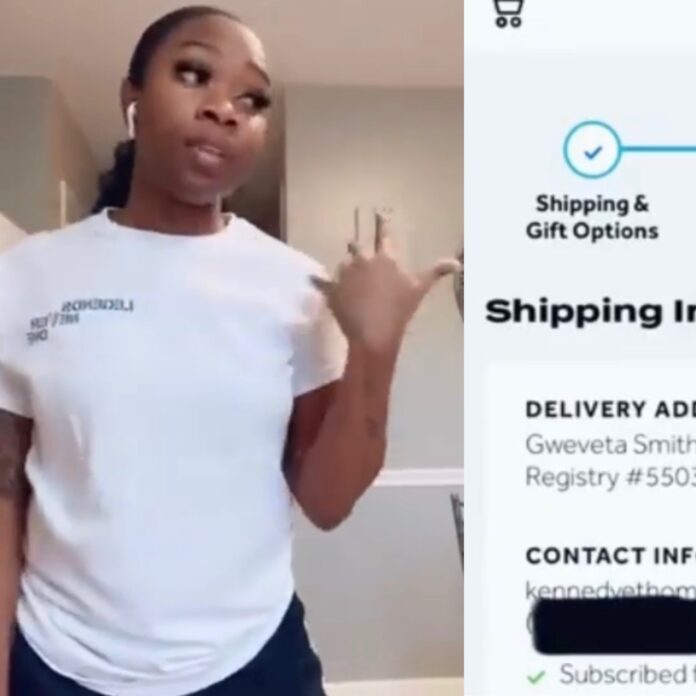 In a now-viral TikTok video, Kennedy Thomas shared a story with her audience about a guy that was consistently trying to date her for 5 months.

She said he kept coming up with different reasons they should date even though he lived 17 hours away.

He offered to fly her out which did not impress her, telling her he would make her his future wife, which she shared wasn’t impressive either.

After a while, Kennedy started to entertain his pursuits, but before diving in too deep, she decided to do a little digging.

Now you know how we work!

Women will find anything, meant to be lost, and Kennedy found ole boys’ wedding registry! She discovered he was planning to be married in just a few months.

So what did Kennedy do?

She purchased the almost newlyweds a gift and added a cute little note for the wife.

We stan a petty queen! Have you had a similar experience? What have you done that’s petty petty in response to a man cheating?