Phylicia Rashad is on the November cover of Bustle looking fly as hell and giving us all the nostalgic feels of the ’90s.

In her editorial, Phylicia Rashad discussed her work, mantras from her mother, and of course the Cosby show.

About her time on the Cosby Show

“I loved those years,” says Rashad of her time on the show. “I was thinking about it just yesterday morning.

Osei-Kuffour describes Rashad as “a legend,” and while you’d likely be hard-pressed to find anyone inside or outside of the industry who would disagree, with legendary status comes grounding in a certain generational era.

Unlike any number of young Black actors today who often draw on their own racial identity and personal experiences to enhance the depth of the characters they are portraying, Rashad is all studied artistry and focused confidence. And it continues to pay off.

On screen or stage, Rashad is a sheer force of agility, elegance, and precision, traits that are abundantly evident in her non-mother roles, too. She is an actor of essential craft — acting is an art form to her.

Osei-Kuffour recalls the first time he worked with her on-set. “It was the end of the day, and we had about 10 minutes to shoot a two-page scene.

She was just very open to my direction, and she gave a really great performance in the matter of 10 minutes. We got the scene and we were out on time. And I think we even got an extra shot on top of all that.” 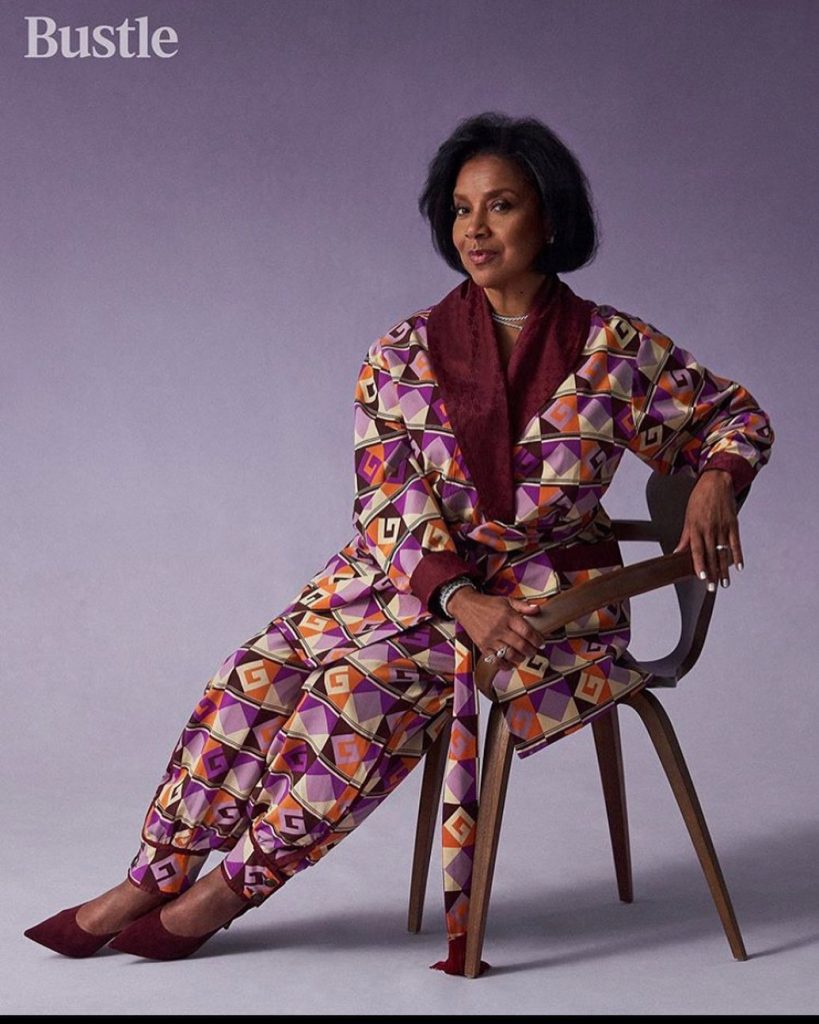 Rashad credits her acting skills to a matrilineal majesty — her own mother, the Pulitzer Prize-nominated poet Vivian Ayers Allen. “My mother taught me many, many things.

And one of the things my mother would teach us as children, is that inner reality creates the outer form,” says Rashad, eyes ablaze and prideful at the thought of her mother, who raised Rashad, sister Debbie Allen (the actor, dancer, and director), and brothers Tex Allen (a musician) and Hugh Allen (a real estate banker) in Houston, Texas with her late husband, Andrew Arthur Allen, a dental surgeon.

Check out our cover story with #PhyliciaRashad at the link in bio!! #90s #nostalgia #celeb #tv

“My mother,” Rashad starts again and then pauses for an adoring laugh. “My mother was, among other things, very given to the study of the Mayan calendar, and mathematics,” she says, punctuating this thought with an even louder, more robust burst of laugh, sounding more girlish than grown.

“And she says,” Rashad slips into what she implies is her mother’s voice, only slightly lower and more sing-songy than her own.

“‘You know what the mathematician’s job really is — it’s to bring the problem to its simplest form.’”

Rashad claps her hands together and erupts into a can-you-believe, all-out guffaw. “I love my mom, but it’s true isn’t it?”

It’s certainly an appealing theory of artistic practice, if potentially arduous in application off the screen or page.

What is the simplest form of a pandemic that’s still disproportionately killing Black and brown people, while the country is being led by a white supremacist bully, just weeks away from an election of a lifetime? What if we’re not all mathematicians?

About this political climate

“Last night I had this incredible dream,” Rashad says, unprompted. “I dreamed I was in another country. And I walked into the halls of government in this other country, and the politicians were all sitting there like politicians do.

And they were going at it, and I said to them, ‘Stop. Stop. Don’t you see what’s happening?’ The political parties were sitting on different sides, and I took the hand of one person on one side and one on the other. And I said, ‘If we can’t do this, it’s the end of everything and the end of us all.

We have to do this,’ meaning take hands to join together. This is the only way. […] This is a golden moment, honey, for us to come to-gether and stop the madness.’”

“This is a golden moment, honey, for us to come to-gether and stop the madness.” At the link in bio, @phyliciarashad on Black motherhood & the legacy of ‘The Cosby Show,’ written by @rebeljunemarie. . . . Photographer: @emilysoto Stylist: @tiffanyreid Hair: @gabriellecorney Makeup: @karendupiche Manicure: @makinaill VP Of Fashion: @tiffanyreid VP Of Creative: @karen.hibbert Bookings: @specialprojectsmedia