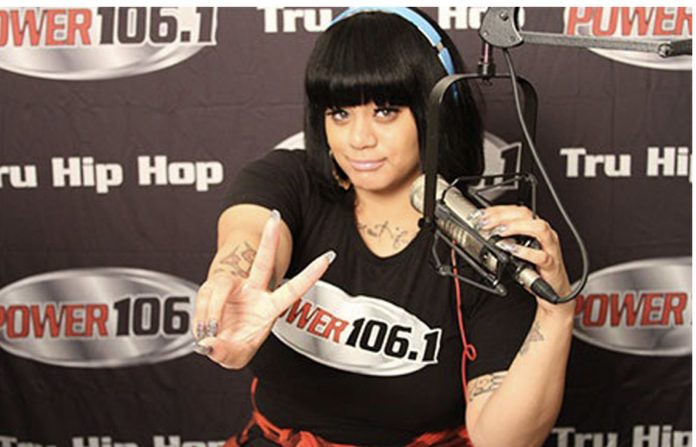 This is so sad! A man has been charged with murder in connection with the death of a popular former radio personality from Florida.

34-year-old Tasheka Young, a mother of two who was pregnant at the time of her death.

Law enforcement personnel from the Jacksonville Sheriff’s Office responded to the Mission Pointe apartments on Biscayne Boulevard on July 23 and found the victim deceased.

According to the arrest report, Armstrong used a handgun.

Young’s friend, Sequoyah Glenn, told News4Jax that she met Young when the victim was a personality at Power 106.1 radio in Jacksonville, which specializes in hip hop. She said Young was “like a big sister” to her.

“Tasheka, she truly changed my life,” she said. “She has a way of drawing those things out of you, you may not know is in you. She was a cheerleader for me. Me learning the ins and outs of radio. She loved her coworkers. She loved life. She loved Duval. I’m just glad I had her for as long as I did.”

Armstrong was the father of her children, friends told First Coast News.

“She was very outspoken, ambitious, educated,” Young’s friend Keturah Jordan told First Coast News. “She loves unconditionally with any relationship she has ever been in. She just gives so much love. She has so much love to give to the community, to people. She was a great mom. She loved them. There’s nothing in this world that she wouldn’t do for them.”

In a tribute on Facebook, Power 106.1, wrote, “Tasheka Young, ‘Tysheeks’, was a spirited, ambitious, and loved part of the Power 106.1 family for many years. She loved her job, her community, and most of all her family. Her voice will never be forgotten and we pray for her and her family.”

Armstrong is being held with no bond.

An incredibly tragic story tonight- Friends of Tasheka Young, a popular local radio personality who was murdered Saturday, say the man now charged with killing her is her children's father. They also say she was pregnant with his child and that he has a history of abuse. pic.twitter.com/9YYZzrXe4R

A family member tells me this is Tasheka Young. They say she was found dead in the Mission Pointe Apartments in #Jacksonville yesterday.
Young was a well known radio personality “Tysheeks.”
She was also a mother. More at 11 on @FCN2go. pic.twitter.com/Y35wk3DScG

An arraignment is scheduled for Aug. 16, according to First Coast News.

May she rest in peace.