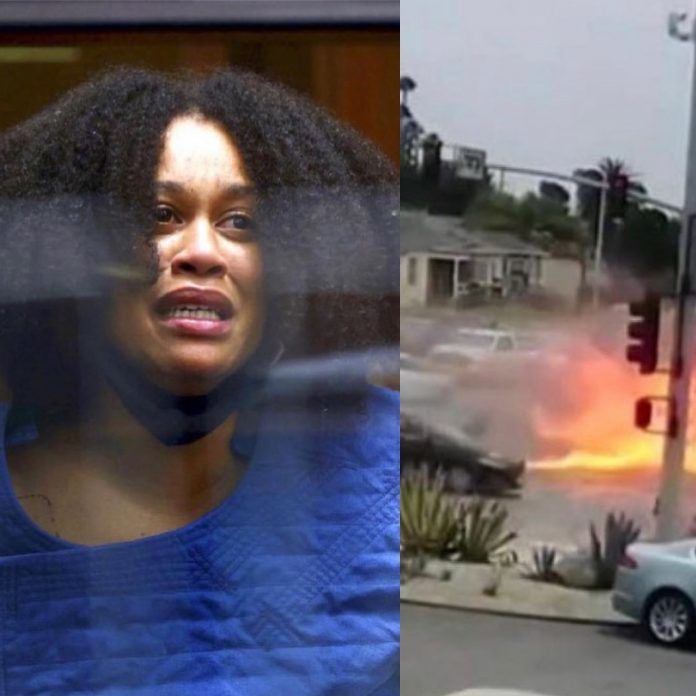 As we previously reported Nicole Lorraine Linton has been charged with six counts of murder and five counts of vehicular manslaughter after causing a fiery crash in L.A.

Stories have circulated saying Linton was arguing with her boyfriend before she collided with multiple cars in the intersection, which has not been confirmed.

The police have shared that Nicole was not under the influence but has a history of reckless driving and mental illness.

According to KHOU11 in court, Linton’s lawyer, Halim Dhanidina, said his client has an out-of-state history of “profound mental health issues” that might be linked to the crash but didn’t specify, the Los Angeles Times reported.

Prosecutors also said she had at least 13 previous crashes — including a 2020 injury accident that totaled two cars — and knew the threat posed by her driving behavior, the Times said.

Linton was also believed to be a flight risk since she works as a traveling nurse, so the judge denied a request to set bail.

According to records, Linton moved from the Washington, D.C. area to Laredo in 2013 before moving to Houston in 2014.