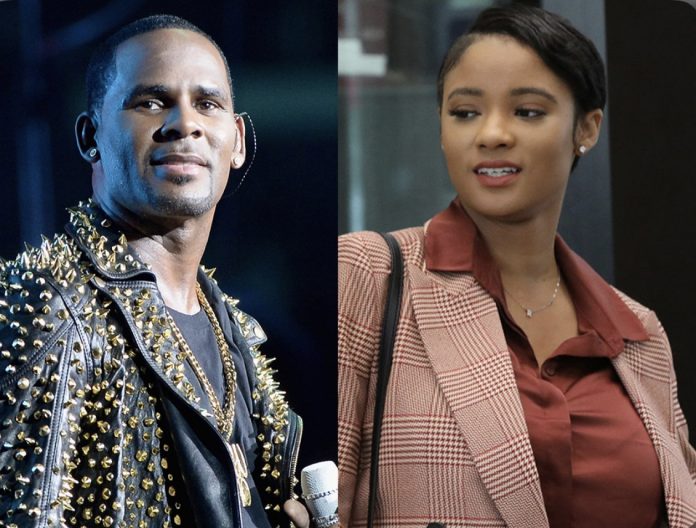 According to Radar Online Joycelyn Savage revealed she is pregnant with R.Kelly’s baby.

The 26-year-old revealed the bombshell in her new book “Love and Joy of Robert” which was released on Friday.

In the 11-chapter tell-all, Savage said she found out the news the day after Kelly was sentenced to 30 years in prison after being found guilty of sex trafficking and racketeering.

Kelly sent Savage an engagement ring after his sentencing.

“Months later, I began expecting severe morning sickness and was unsure what was wrong with my body. I thought I had contracted COVID-19, but the most amazing news of all was that I was expecting,” Savage wrote.

“It was a happy day but an incomplete time in my life. Today I am grateful to God for giving me the most precious gift. Robert is extremely excited about the news that I am having a baby and feels sad that Robert will not be able to be here with us.” 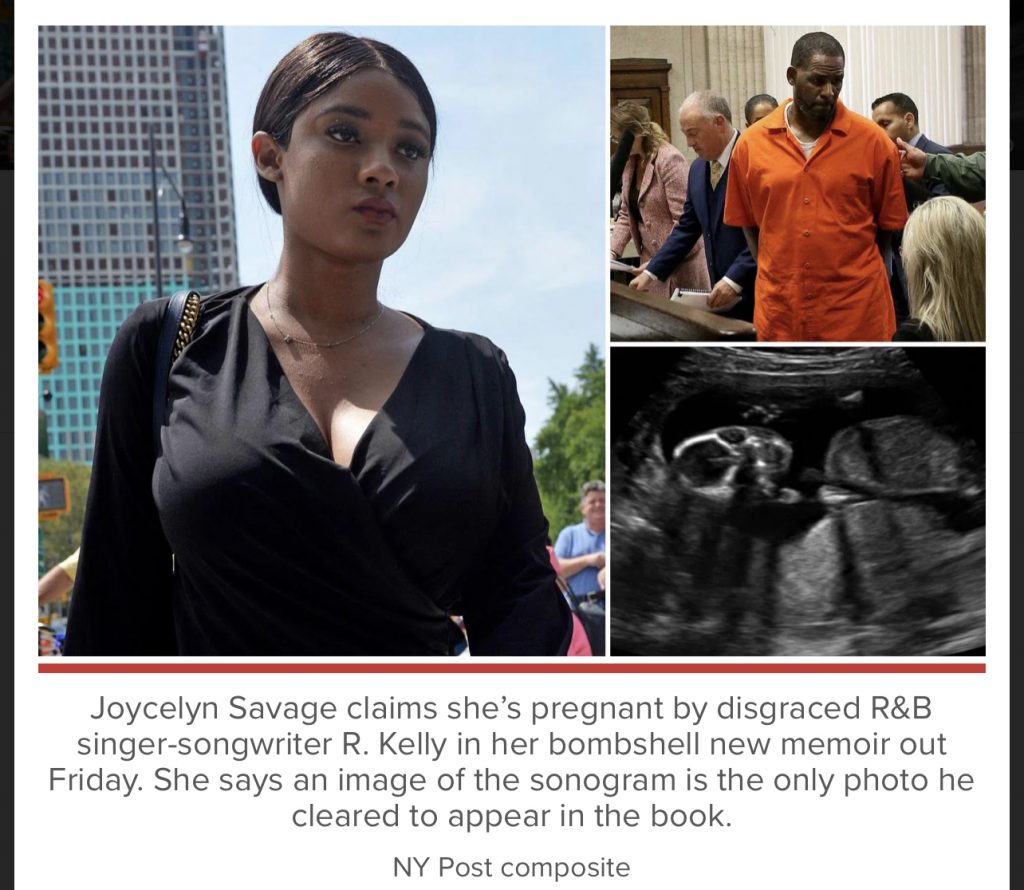 Kelly has been behind bars since being arrested in 2019. He was locked up in a New York facility until last month when he was transported to Chicago where he will face a second trial on separate charges. Savage did not reveal a due date.

Savage told the New York Post that Kelly had approved the book and his team “read it through.”

She said Kelly would not allow her to use his photos in her book but did sign off on her using the ultrasound.

Savage said, “I wanted pictures of us at concerts, at his house, and lying down together. I told them I wanted exactly what happened.”

“However, there were moments I didn’t include in this book because I wanted to have a happy ending and story with Robert. I live in one of Robert’s condos and am working on my next book, which will reveal a lot about him that has been tampered by the media. Many secrets.”

Apparently rapist R Kelly girlfriend Jocelyn Savage is pregnant with his child but that man has been in jail for over two years. Math ain’t mathing

Apparently rapist R Kelly girlfriend Jocelyn Savage is pregnant with his child but that man has been in jail for over two years. Math ain’t mathing