by emily1phone
in Celebrity, Culture, Music
0

R&B singer Jesse Powell has died at just 51. His sister Tamara confirmed the news on Facebook.

‘It is with a heavy heart that we announce the passing of our beloved son, brother, and uncle Jesse Powell.’

According to a the Daily Mail ‘The family asks for privacy at this time as we mourn this tremendous loss and celebrate his everlasting legacy.

‘Jesse loved music and he especially loved his fans who supported him throughout his career. We want you all to know that you meant the world to him. – The Powell Family.’

Born and raised in Indiana, Powell won recognition following the release of his first album and its lead single, You, in 1996. 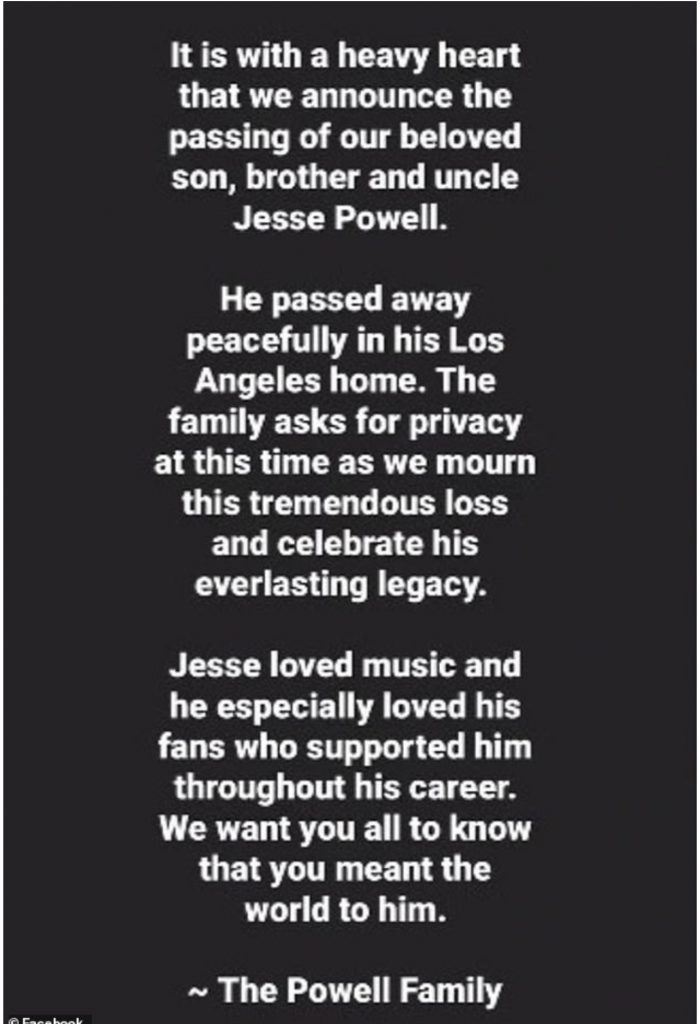 Those who remember Powell and his contribution to the R&B genre have since paid tribute on social media.

Taking to Twitter, one shocked fan wrote: ‘Randomly woke up in the middle of the night and found out Jesse Powell passed away.’

While a third marveled at his hit single You and its lasting legacy, writing: ‘Well damn. I watched a 90s one hit wonders segment once. And he was on there.

‘No clue one of the greatest love songs of all time took one swing. RIP Jesse Powell. Now ima be sanging it all day. [sic] Real hard too.’

These was Jesse Powell’s sisters??? https://t.co/Kx7jCXtL4a

Trina and Tamara are Jesse Powell’s sisters. Talents runs all through that family. pic.twitter.com/LpUc3mWWyy

Jesse Powell definitely made one of the best wedding songs in music history. I’ll definitely have this on the playlist, if I ever get married. ♥️ pic.twitter.com/w7QUpijHMk

Remembering those days when

Jesse Powell sang You with every impressive octave he had. That song was THE song of 99. If you was in love you felt that track.

Oh no, not Jesse Powell. “You” is really one of the best male R&B vocal performances I’ve ever heard. May that man rest in peace.

I’m finna pass out.. Now Jesse Powell passed away he really was one of the best male R&B vocalists “You” will forever be a classic by him.. It’s too many artist passing away man, praying for his family pic.twitter.com/m1DEneISoc

May he Rest In Peace.

4 Must-Read Books By Black Women That Will Empower You

4 Must-Read Books By Black Women That Will Empower You