We all remember last year when Rihanna showed the world that Savage X Fenty is a new era of lingerie replacing what Victoria Secret tried to gloss over in this new climate of inclusivity.

As a matter of fact, we think it was at this moment when Rihanna decided, “Ima own this sh*t!” – Remember this?

This year Rihanna is creative director for volume 2 with her Fall 2020 collection set to debut starting today on Amazon Prime.

In a phone call with the NY Times, she shared some details about the process and what to expect.

“There’s a lot riding on this, It’s new territory for everyone, including Amazon Prime.” (Amazon is streaming the nearly hourlong production starting Friday.)

While the first show was shot in front of a live audience at the Barclays Center in Brooklyn, the second, called Vol. 2, was filmed over a few days in early September at the empty Los Angeles Convention Center. This time there are multiple sets, including a James Turrell-esque tunnel, a psychedelic jungle and a neon factory line.

There are still celebrity guest stars, dance numbers and musical performances (like by Rosalía, wearing a sheer version of bike shorts), but they’re broken up by interview clips and documentary footage of the line’s creation.

Although the “Savage x Fenty Show Vol. 2” lacks the energy naturally born from the reaction of a crowd, it is more elaborate and more focused on giving substance to Rihanna’s vision of lingerie, not just introducing it. Here is what that means. 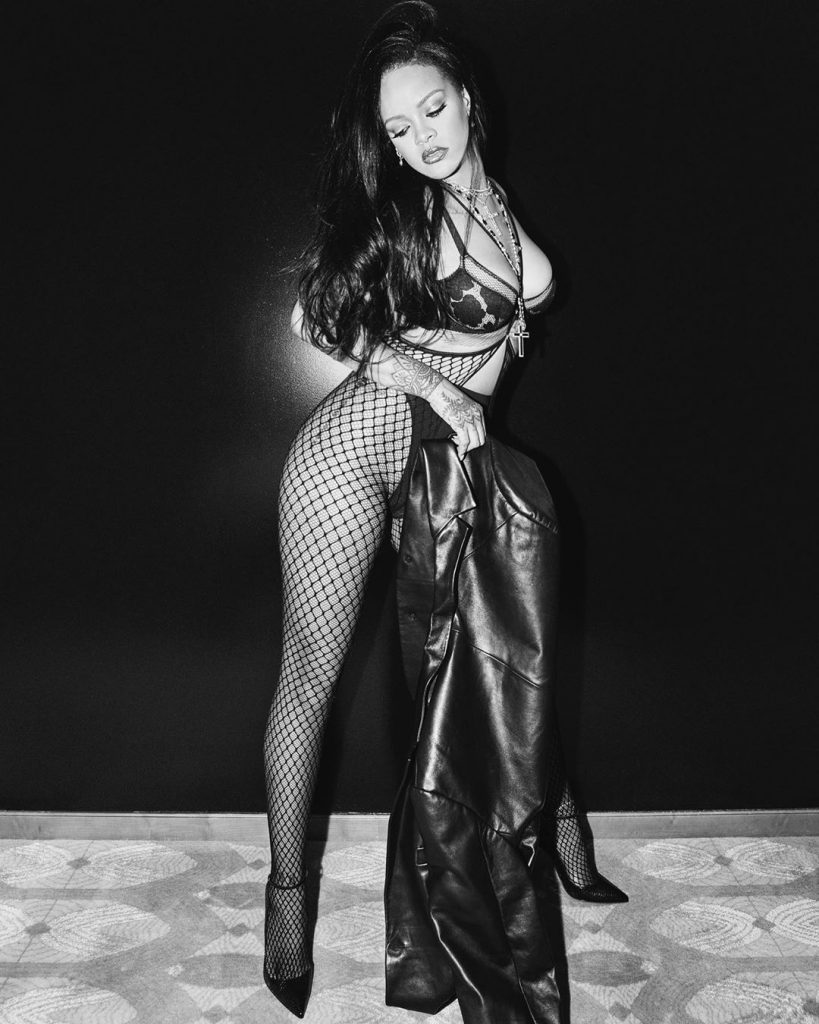 1. The Writing on the Bra

Some trivia about Rihanna: She writes everything by hand. “I don’t even like to type emails,” she said.

The first designs to appear in Vol. 2 are covered in her handwriting and doodles; bras, underwear and bodysuits are graffitied in “xoxo,” smiley faces and hearts. Rihanna said she was inspired by the concept of diaries.

“I wanted to have my handwriting be a part of it, but I never really had a journal, so I didn’t even know what I would write in a diary, besides doodles,” she said.

In the show’s first act, models strut and dancers slither with these entries on their chests and chains around their hips. In subsequent interview clips, Rihanna, Cara Delevingne, Erika Jayne of “The Real Housewives of Beverly Hills” and more talk about being children and keeping secrets. 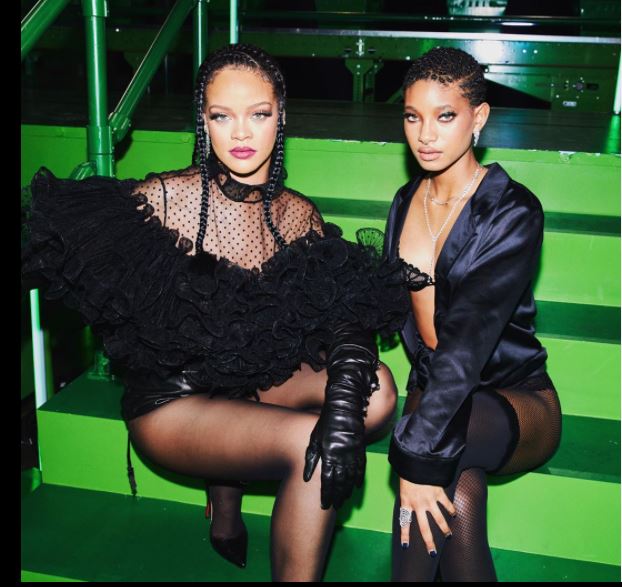 The biggest difference between the first and second Savage x Fenty shows is the presence of many more men, who writhe and wiggle along with the rest of the models and dancers and actors. The fall line introduces men’s underwear and loungewear, designed by Christian Combs, the son of Sean Combs.

By Savage x Fenty standards, the collection is tame — boxers, robes, satin trunks and pajamas in black and lavender. The trunks play a starring role in the show’s most emotional segment, a cathartic dance to a Frank Ocean song led by a shirtless dancer in the kaleidoscopic rain forest.

The pieces are meant to adapt as women’s wear. But all is not equal: Performers like Rosalía and Ella Mai wear lingerie while singing in the show, but the male performers, including Bad Bunny and Travis Scott, get to wear real pants.

In interstitial interviews, Rihanna explains her philosophy about self-expression. She talks about her appreciation for drag queens (“inspiring”) and attitude toward inclusivity (“second nature”).

The drag queen Gigi Goode talks about being a virgin. The model Paloma Elsesser talks about having sexuality “co-opted into a performance for someone else.” Rihanna presents sexuality as complicated, a gray area between empowerment and exploitation. “Sometimes it’s tainted because you’ve had horrible experiences or been robbed of your own power,” she says.

In one scene, Lizzo dances energetically in front of a mirror while wearing royal blue lingerie and white sneakers. She’s watching herself, feeling herself, seducing herself.

On the other side of the mirror, another dancer moves to a different, slower song. She’s also wearing royal blue lingerie, but she closes her eyes and jerks away from the mirror. When she does look at it, her reflection is distorted, like a mirror in a funhouse.

The message contradicts much of lingerie marketing: Confidence doesn’t come with the clothes. Sexuality, Rihanna says in the show, “has to be owned or earned.” 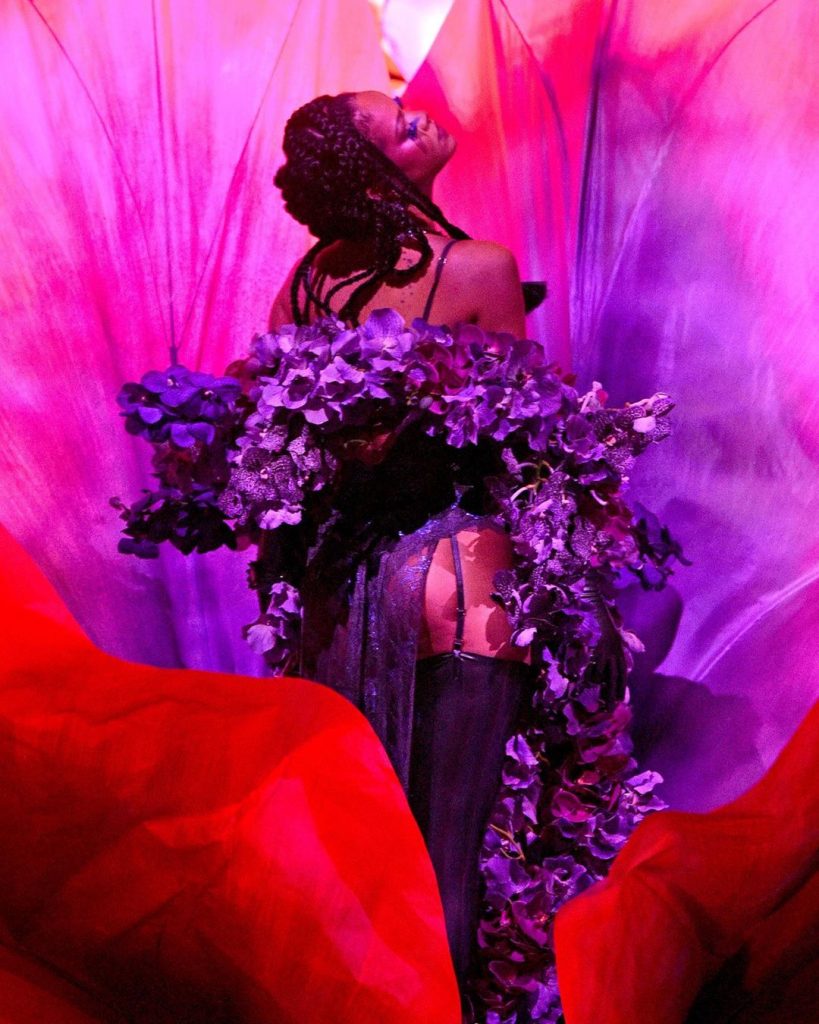 There aren’t many signs that the “Savage x Fenty Show Vol. 2” was filmed during a pandemic. In an early scene, a group of male dancers wear face masks made of fishnet (not recommended for droplet protection). A line from a voice-over early in the show feels like a taunt for the socially distant: “Skin, touch, feel, ouch.”

But while the collection and the show may exist outside the reality of Covid-19, the conditions of quarantine still influenced Rihanna, who is credited as an executive producer for Vol. 2. Staying still was a challenge, but it helped her creativity “bloom” and “blossom,” she said before the show.

“Being in lockdown, all you have is really yourself — your mind, your own thoughts, your imagination — and it forces a lot of creative out of a lot of people. You come up with incredible material because you’re forced to be with yourself.”

Watch the trailer for the show below:

How To Do Knotless Travis Scott Braids