His brother Denzil confirmed the news on social media.

His older brother Denzil Smith confirmed the news in a video on Instagram.

“Today regretfully I have to announce that my brother has passed away this morning from respiratory failure after a long battle with pulmonary fibrosis,” Smith wrote. “My brother was very excited to see a lot of you create challenges for his latest released single #Twerkoholic part 2 while he was in the ICU, it really brought him a big smile to his face.”

He added, “So on behalf of my brother and my family we want to say thank you to all of you for all of your love & support throughout the years. We ask for privacy during these difficult times.”

In the video, Denzil said, B. Smyth wanted him to make a video letting his fans know that he appreciated all their love and support over the years. 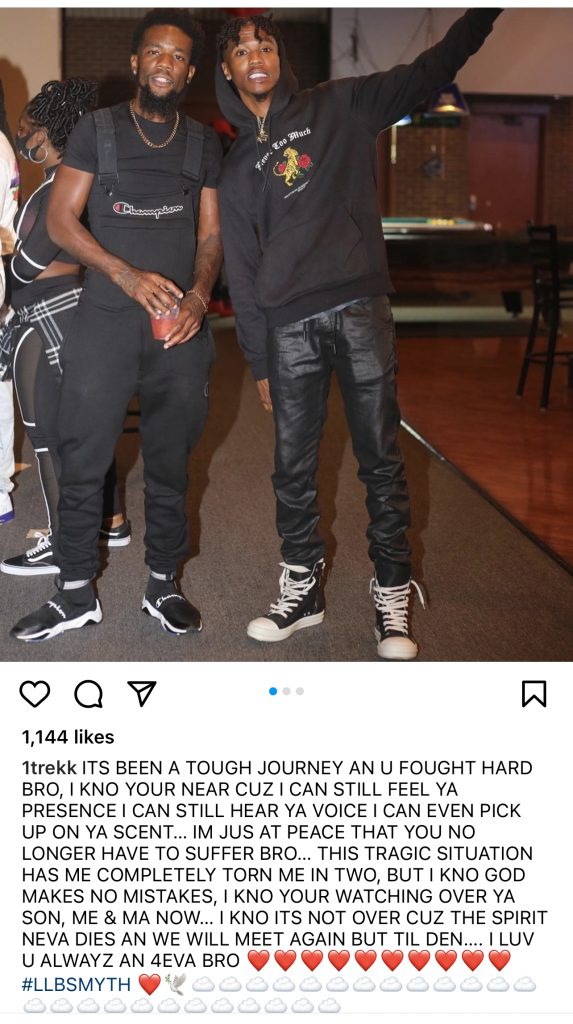 May he Rest In Peace.

AWW! Lizzo Sent Her Dress To A Fan Who Was ‘Not Red Carpet Ready’ And Needed To Accept An Award