Social media never lets up when it comes to Kim Kardashian, they literally notice everything!

Kim shared her latest vacation photos with her man Pete Davidson, chalked full of PDA and bikini pics, but social media was more focused on her skin and how much lighter it appeared. 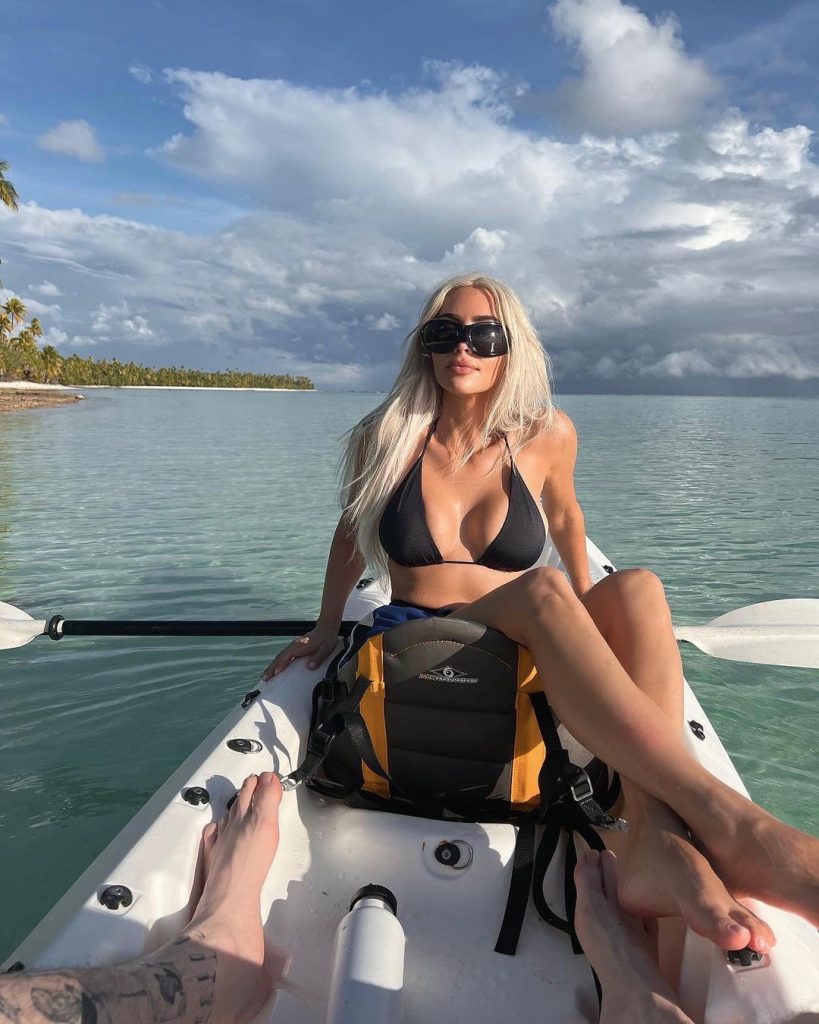 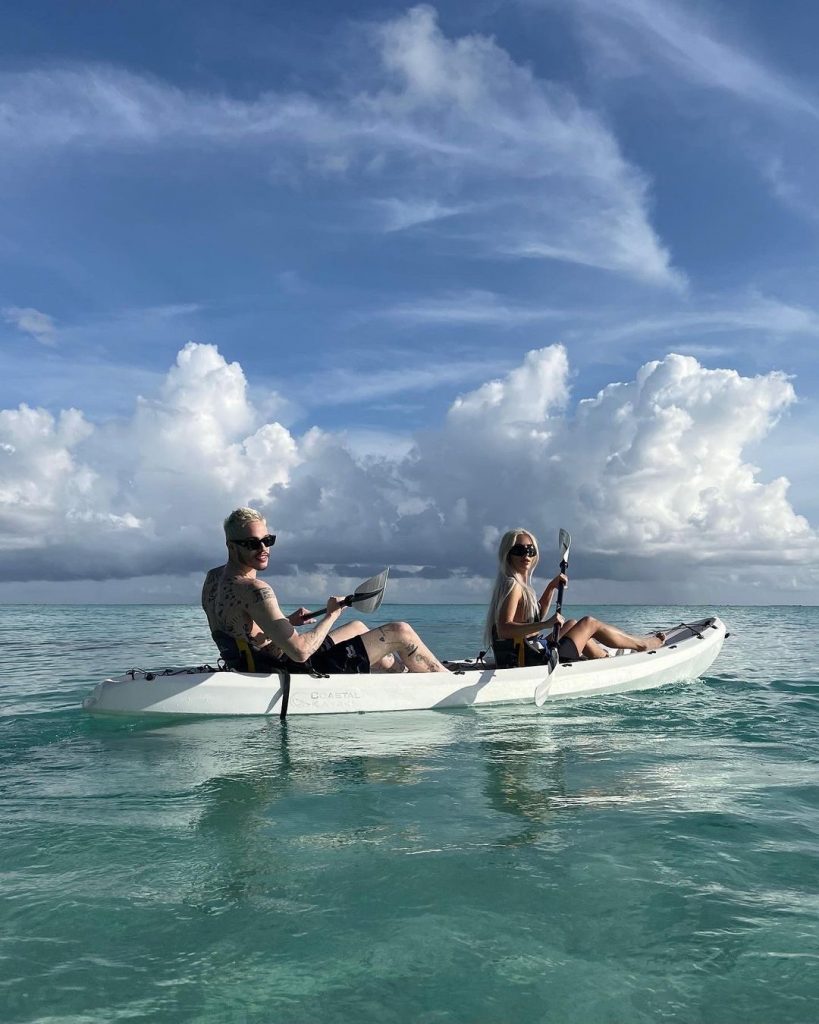 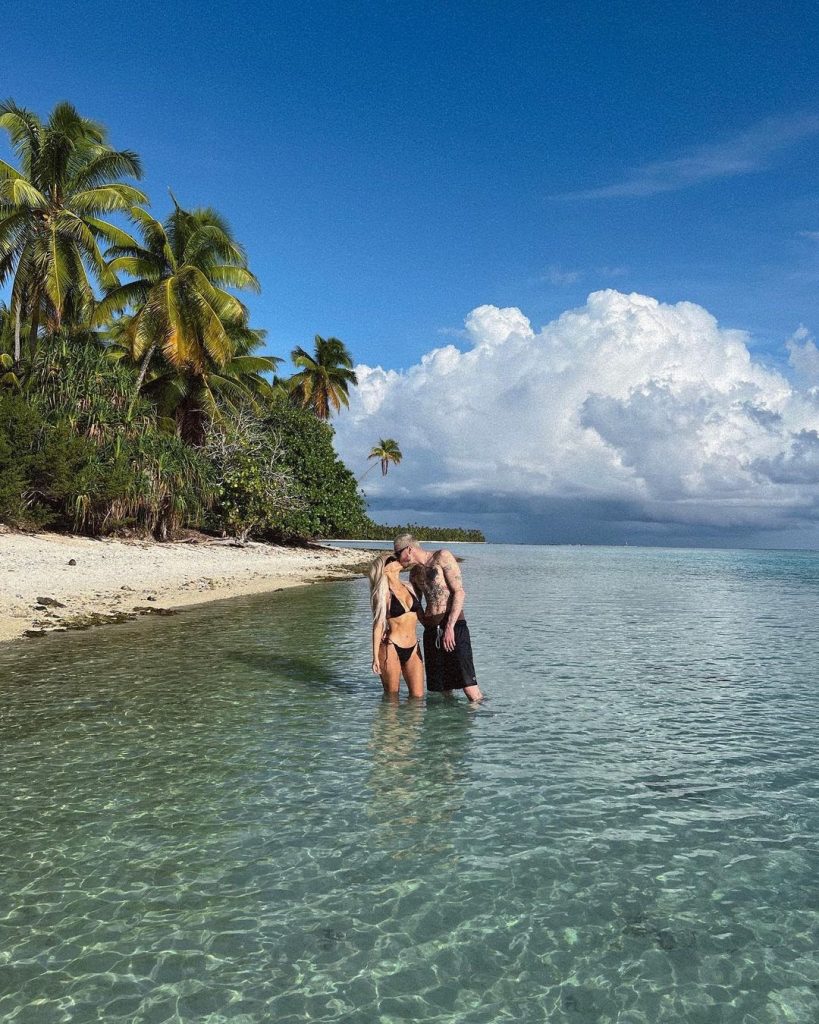 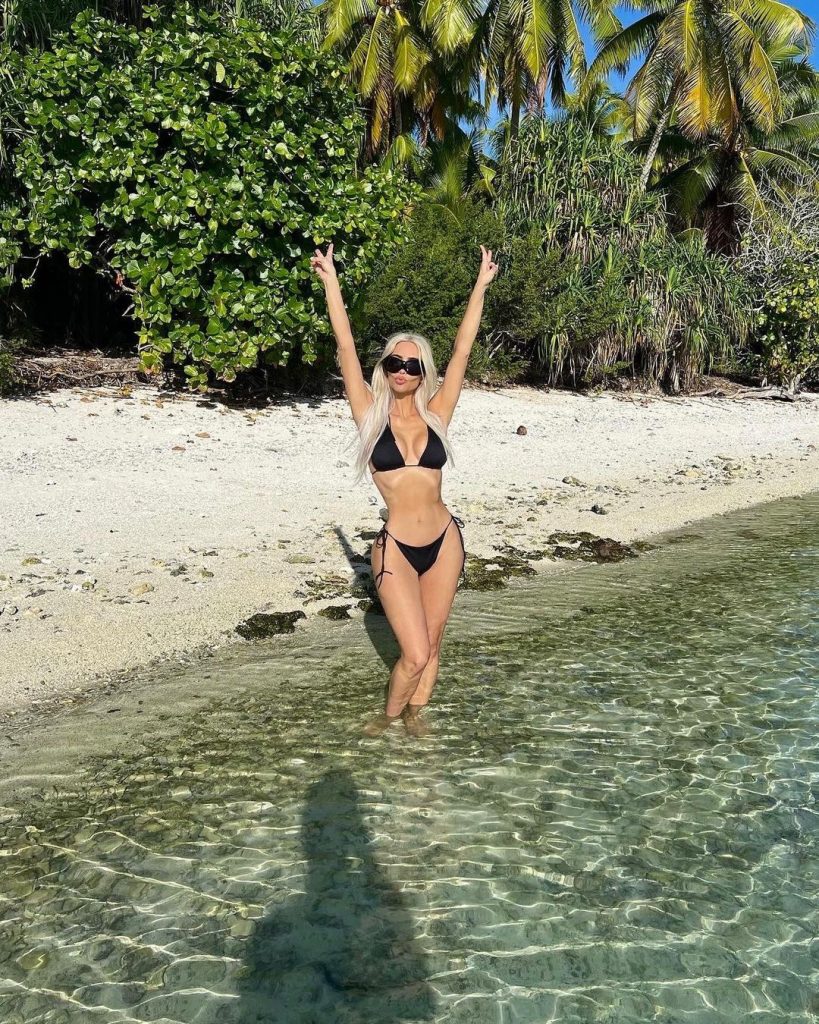 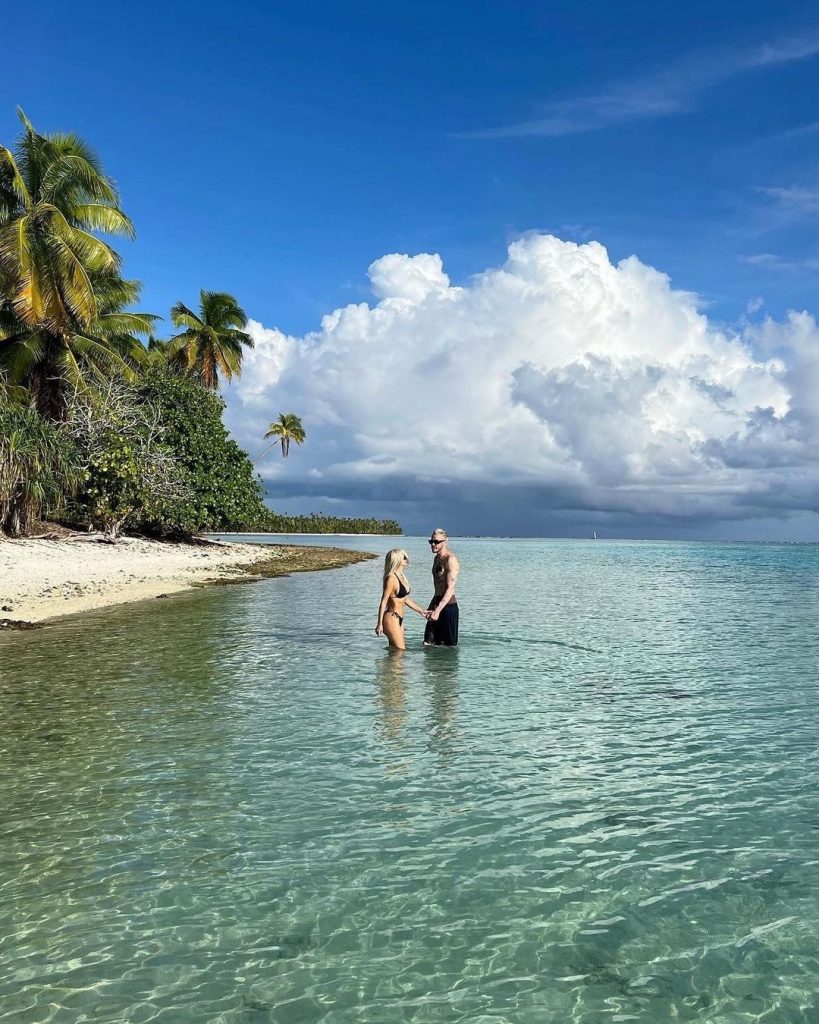 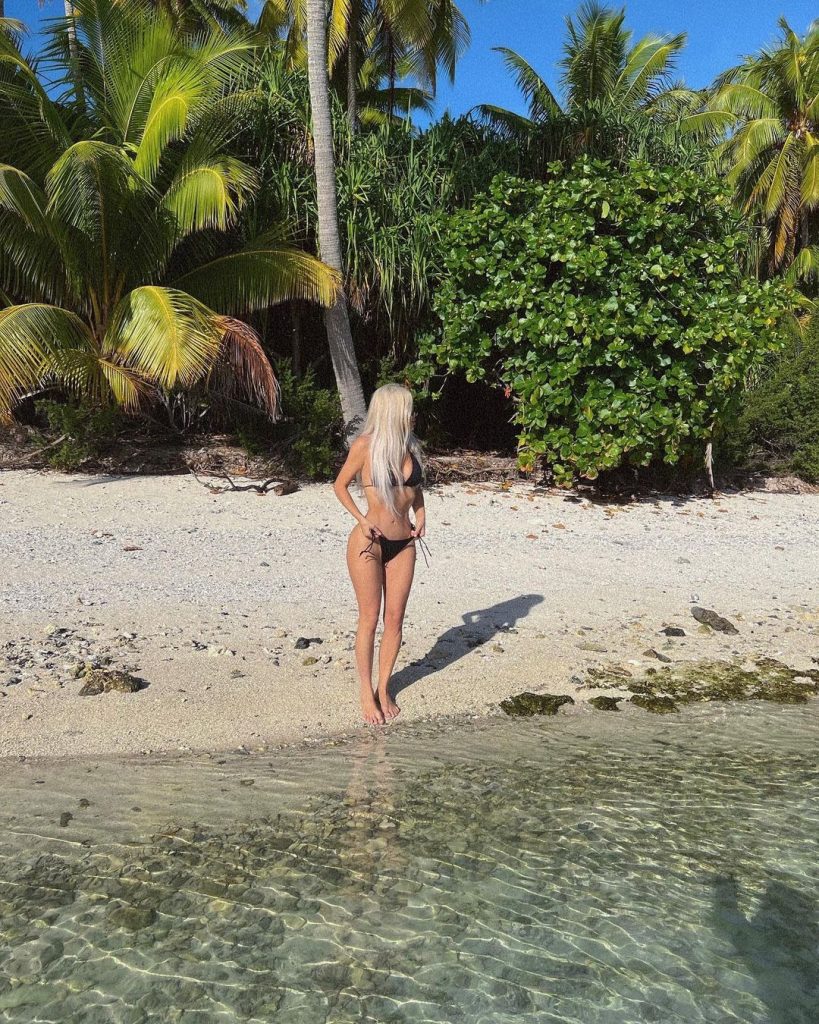 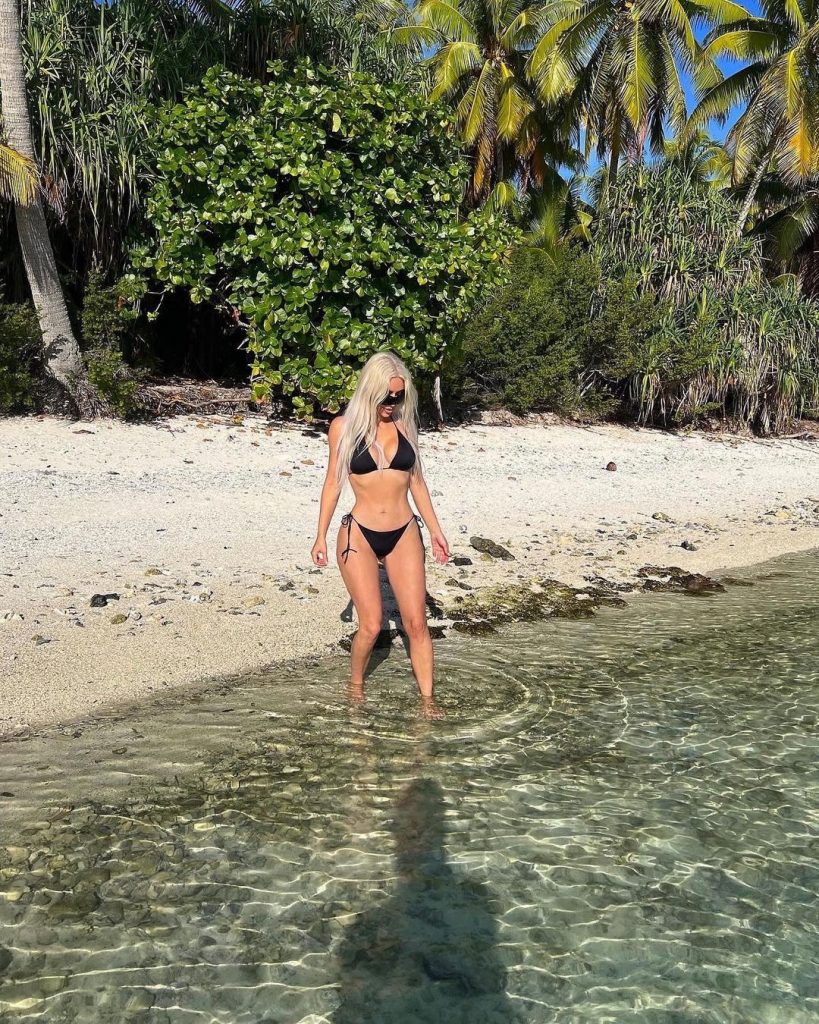 When we gonna talk about Kim Kardashian not being wit Black man no more so she’s white again lol every black dude she was with she was tanning to look blck or should i say to look like Beyoncé now she regular white woman cause she with a white man lol this what we be talkin about https://t.co/OeDRjmVvFm

We do actually think the reason Kim may have been laying off the tanning sessions is due to her Met Gala look, where she channeled Marilyn Monroe.

Kim dyed her hair blonde to finish the look and wore Marilyn’s dress.

Clearly Marilyn, did not tan!

Now fellow collectors and fans are speaking out about the “offensive” move by the SKIMS mogul and Ripley’s Believe It or Not, which lent out the dress.

They are complaining about missing crystals, and some hanging by a thread, literally!

Monroe’s dress famously sold at that auction to the company known for recording bizarre events in history for $4.8 million, making it the most expensive dress ever. “That’s how reverend this is,” Morrisette says.

But when rumors swirled about the possibility that the gown was coming out of display for Kardashian’s red carpet moment, historians seemed to agree that the dress was in the wrong hands.

“I think my initial reaction was just shock,” Fortner says. “You know, this is not just a dress. This is an iconic costume, it’s an iconic gown. Not only is it the most expensive gown that’s ever sold at auction, it’s really kind of a representation of a period in time. I mean, it’s a fashion icon. It’s a celebrity icon. It’s a political icon. It’s cross cultural, you know, it’s part of American history. So it was really shocking to see that Ripley’s would allow anyone to wear the dress.”

Once Kardashian stepped onto the red carpet on May 2 in Monroe’s dress, the behind-the-scenes details flooded news feeds.

“I had this idea to put it on and try it on and then they came with armed guards and gloves. I tried it on and it didn’t fit me,” Kardashian revealed during a red carpet interview that night. “I had to lose 16 pounds down today to be able to fit this.”

She continued, “I’m extremely respectful to the dress and what it means to American history. I would never want to sit in it or eat in it or have any risk of any damage to it and I won’t be wearing the kind of body makeup I usually do. Everything had to be specifically timed and I had to practice walking up the stairs.”

And although she changed into the gown in a private dressing room at the event, footage later released by Ripley’s Believe It or Not of one of Kardashian’s fittings confirmed conservationist’s worst fears.

“It was just shocking to see the way that this gown was being treated and forcibly, I mean, it appeared that it was literally forcibly being pushed up around her,” Fortner says. “It wasn’t cared for as part of those fittings.”

Adds Morrisette, “I knew that there was going to be visible damage.”

On June 12, when he walked into Ripley’s Believe It or Not in Orlando, Florida to see the dress in person for the third time in his life, he confirmed it.

“When I saw the shredded material, it broke my heart,” he says. “I literally left in tears.”

Morrisette explains that he was led by a manager into the room where Monroe’s dress was back on display.

“Oh, my God, this is what she did,” he recalls saying upon seeing it, referring to Kardashian. “I’ve seen it before. So I know the difference. It’s dramatic. It’s dramatically different. It’s literally stretched out so bad. It won’t even fit the same shape of the dress form anymore. It’s permanently altered.”

Morrisette notes the extent of the damages, explaining that crystal sequins are missing and that the original silk soufflé fabric has been torn. After sending images of the dress to Fortner to be posted to the Marilyn Monroe Collection Instagram page, a number of historians and collectors responded similarly to the damages.

Why did Kim Kardashian think she could squeeze that giant, deformed butt into Marilyn Monroe's dress? And for what? It will always be Marilyn's dress. It's like that God awful J-lo movie where she steals the white woman's clothes…then somehow steals her man, too. https://t.co/EqyWW9g9t5

As a historian, this hurts not because it damaged "history" but because people still treat Marilyn Monroe and her things as public. Her face, her body, her image, her person is not seen as HERS either then or now and she deserves much more than to be anyone's symbol https://t.co/cv0EzCog9R

“These photos are the first that the world is seeing about the state of the dress,” Fortner says. “This news is actually bigger than the news that Ripley’s loaned the dress to be worn.”

Much of the focus of the controversy remains on Kardashian, as people have held her responsible for negating the historical importance of the gown in her determined effort to create a memorable red carpet moment.

“Kim, you will always go down in history for destroying Marilyn Monroe’s birthday dress. That is what your legacy will be,” Morrisette says.

“She damaged that dress permanently and irreversibly for an egotistical stroll on a red carpet.

It’s the most offensive thing I’ve ever seen in pop culture.

Really, truly the most offensive thing I’ve ever seen in pop culture, where you literally steal someone’s legacy and gobble it up in your mouth. It’s disgusting.”