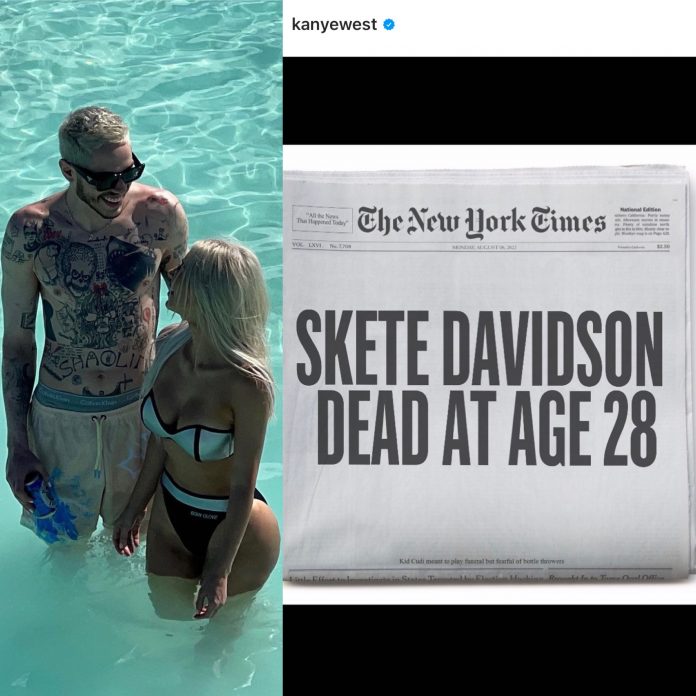 Not that you asked …..but, apparently one of the reasons Kim Kardashian and Pete Davidson broke up was that Kim did not want to ‘settle down’ ……just yet.

Initially, it was reported that scheduling was the primary reason for the breakup.

Today we have learned, according to Yahoo…that Kim thinks Pete is “so sweet, but she didn’t feel ready for something serious with him.”

The insider added, “They had tons of chemistry, and still do, but she kind of wants to be single and date.

Kim still adores Pete and will always be friends with him.

She still thinks he’s the nicest and sweetest guy in the world and there’s no drama or anything weird between them now.”

Kim began seeing Pete eight months after filing for divorce from Kanye West, and what she thought would just be a “fun fling” turned more serious. “Kim wasn’t feeling like she was willing to settle down with him just yet,” the source explained.

Another source close to the couple confirmed that Kim and Pete’s romance had ended while speaking to E! News on Friday, citing “long distance” and “hectic schedules” as the reason behind the breakup.

Pete is currently filming Wizards! in Australia, while Kim is in Los Angeles running multiple businesses and being a mom to her four children — North, Saint, Chicago, and Psalm.

Neither Kim nor Pete have confirmed the alleged split.

Kanye chose violence on Instagram, reacting to the breakup with a mini roast of his own.

He posted a fake cover from “The New York Times” declaring Skete Davidson, as “dead at age 28.”

Kanye wakes up, says his morning prayers, then posts something like this: pic.twitter.com/UM4n7Z0pGJ

Kanye corny smh. Pete won if you ask me, got in had fun and got out. Being with a Kardashian seems exhausting for anything longer than a year https://t.co/rSCJuYwqDE

Nah Kanye foul for this 😭 pic.twitter.com/4Zy0RF50FW